Cori Sue and I were in for a busy day in Arizona: we had brunch plans, a Pink Jeep Tour out in Sedona, and drinks at Bitter & Twisted. Whew! Luckily for us, we’re professionals. We pulled up to Windsor and were giddy with excitement for the rest of the day and our impending brunch. Brunch was kindly on the house today.

The outdoor space was adorable and quaint. It was complete with constant overhead misters to cool you down from that brutal Arizona heat. There is a boutique next door to quench your shopping needs and an old fashioned ice cream parlour attached if you can fit anything else in your belly. 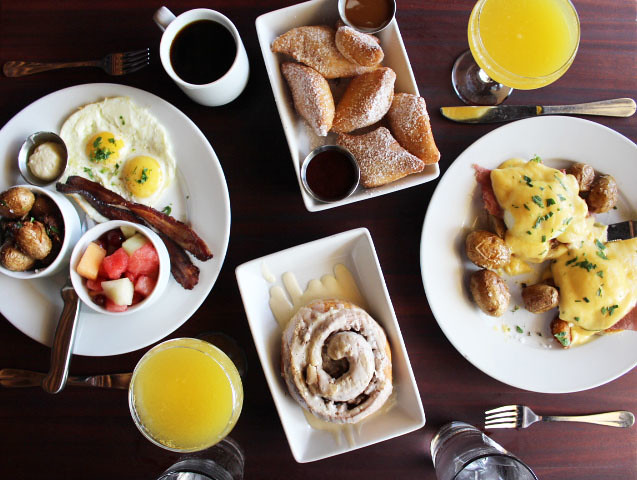 We ordered two classic mimosas and settled into our cozy table for two. The restaurant was filled with young people—both families and festive groups. It was a lively crowd.

The mimosas arrived in pretty coupe glasses and tasted delicious. They were fresh, light, and ice cold. Perfect. 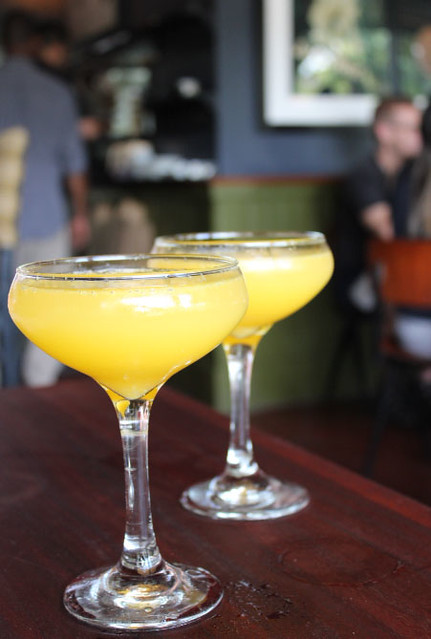 We began with the cinnamon roll and beignets. Any real Bitch knows this–a Bitch must always order the doughnuts. We aren’t rule breakers, so we pulled the trigger. Boy, are we glad we did. The beignets were light, fluffy, greasy, and totally worth the calories. The caramel sauce tasted real–like they were melting caramel squares back there–none of that canned stuff. The strawberry jam provided a much appreciated tartness and fruity flavor. 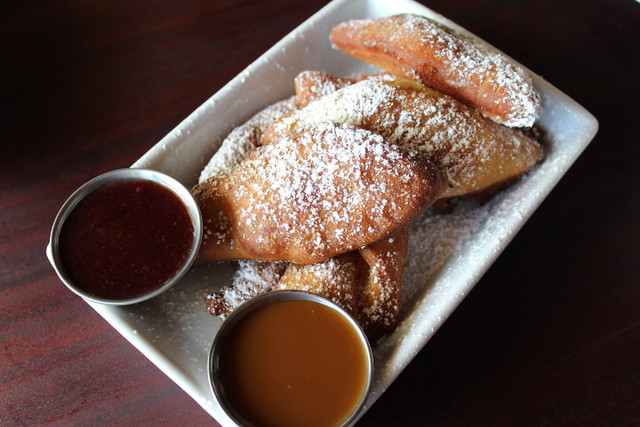 The cinnamon bun was unbelievable. It was loaded with pecans, which I normally don’t love, but this bun was gooey enough that the pecans complemented the sticky bun perfectly. The icing was sugary and sweet and not overpowering. It was also massive. This is a great dish to share. Cori Sue will continue to dream about this cinnamon roll. 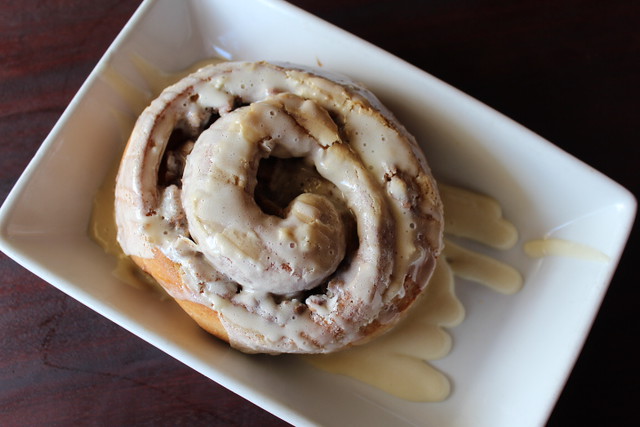 Cori Sue ordered The Simple Life which was two eggs, bacon, fruit and an English muffin that she swapped out for potatoes. The bacon was incredible: greasy and massive—rather than crispy and oily. The eggs were perfectly prepared, sunnyside up, and the potatoes were roasted, crispy and salty. It was a solid choice.

I ordered the Eggs Benedict with smoked ham and Hollandaise on an English muffin. My eggs were perfectly poached and plenty runny. The Hollandaise had a great flavor and smothered the entire dish. The ham tasted freshly carved and was just salty enough to balance out the other savory flavors. The English muffin was homemade, delicious, and hearty–definitely not your average Thomas muffin. 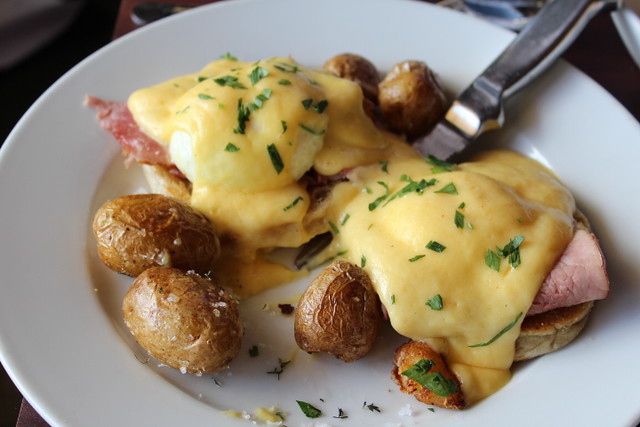 Taking a cue from my boyfriend–I have to say that these were some “bomb ass” potatoes. They were really tasty and perfectly cooked and seasoned. As someone with ADHD who regularly under cooks potatoes due to her impatience, I appreciated and marveled at these beauties.

The Bitches say: A. We loved everything from the ambiance to the beignets to the coupe cups. Book your tickets for Phoenix now and make your brunch reservations for Windsor later.

Thanks to Visit Phoenix for partnering on this post!