The Wild Son reached me through the brunch rumor mill as soon as it launched, with tales of greens and grains, housemade nitro cold brew, and a plethora of fresh juices. I knew I had to go ASAP. 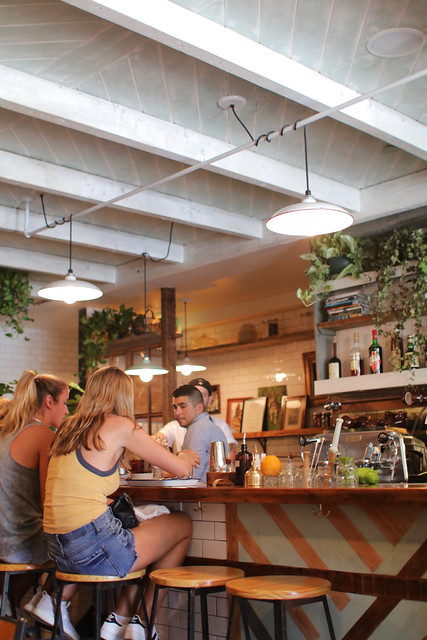 Brunch hasn’t been as fun for me (gasp!) since I took the gluten-free plunge, because who enjoys going out and not ordering the breakfast sandwich? I felt optimistic that Wild Son would have some great veggie-centric options for me when I saw the word “vegan” scattered throughout the menu at first glance. 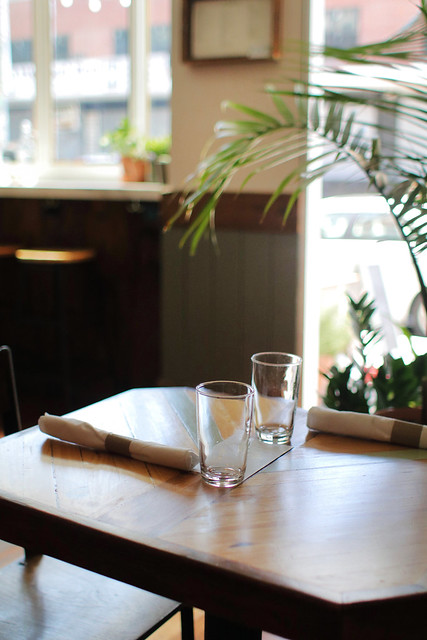 The restaurant was delightfully tiny with lots of green accents, and we got there early enough to snag a four-top without a wait. It was full of light and very airy despite the small space, and The Wild Son’s location next to the Highline in the center of Meatpacking is key. 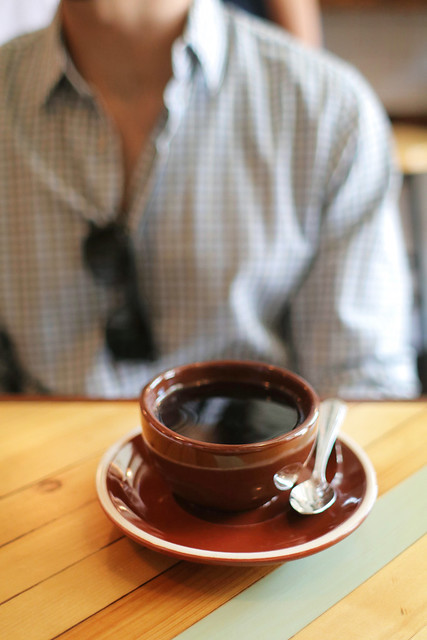 After a detailed description from our waiter on the nitro cold brew being thick and creamy like a Guinness, I was totally intrigued and sold on my order. Sadly, the waiter came back and told us they were out of the nitro, which was sad and also surprising given that it was only 10 a.m. 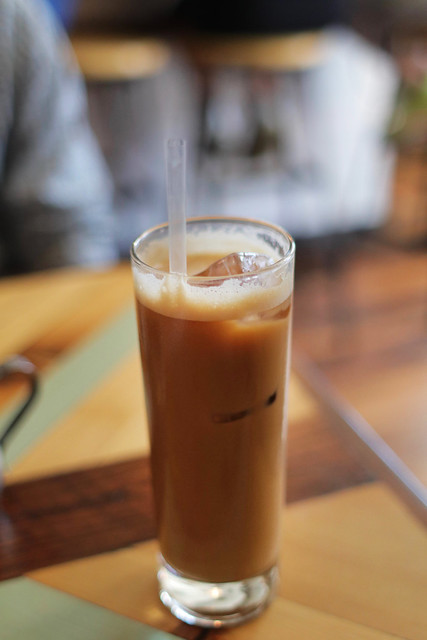 Our table settled for the cold brew on tap with almond milk instead, which was refreshing. It’s important to note that for now, there is no alcohol on the menu. The Wild Son has instead opted for juices, soda, and coffees, which is right up my alley but makes this an unfavorable pick for your boozy brunch friends. 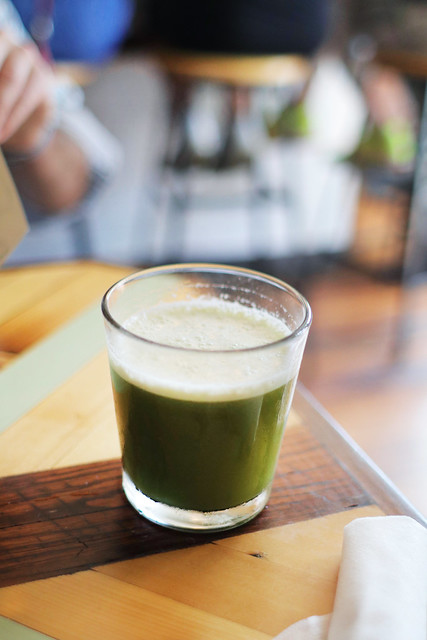 Paul also ordered the Green Fields juice with green apple, kale, cucumber, ginger, matcha, and agave. It was extremely gingery, which I loved, but Paul swallowed with a slight grimace. 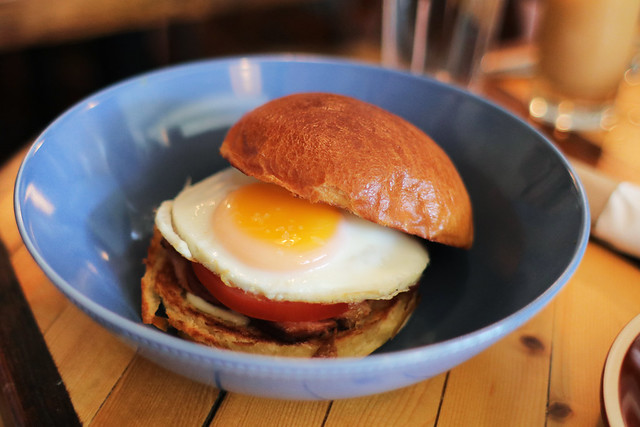 Kyle and Paul both ordered the Good Morning Sunshine breakfast sandwich for their main, served with a sunny-side up egg, pulled braised bacon, avocado, tomato, and rosemary aioli on brioche. I realize it looks fairly plain in the photograph, but they both thought this was a delicious and well-balanced sandwich. I was pretty jealous. 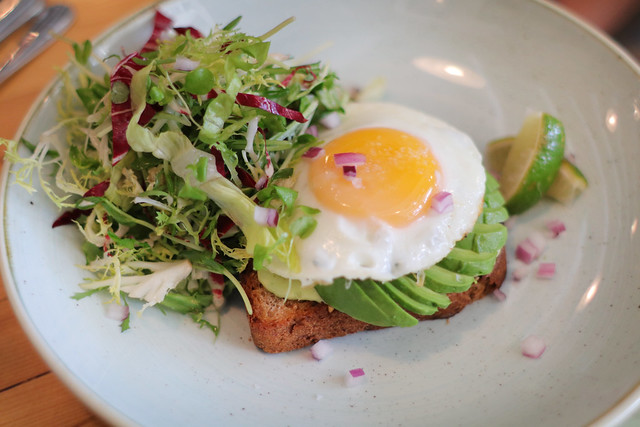 Kari ordered the Green Tartine, dubbed “ubiquitous & obligatory” on the menu, served with avocado, herb yogurt, red onion, a sunny egg, and market sprouts. She thought this was fresh but not memorable, and needed the optional egg to make this avocado toast better than basic. 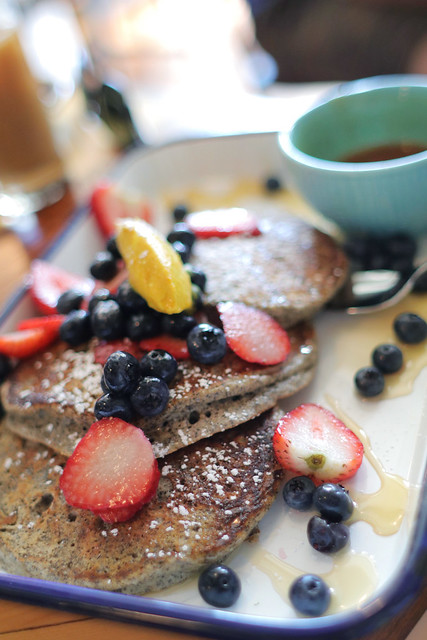 I ordered the buckwheat pancakes, which was shockingly one of the only gluten-free options on the menu. With many vegan options, I would have expected at least a gluten-free bread to make the seven breakfast sandwiches on the menu an option, or even a greens and grains with a quinoa substitution. Alas, there was none, and this is worth noting. My two options were the yogurt bowl (sigh), or the pancakes. Obviously, I went with the latter. 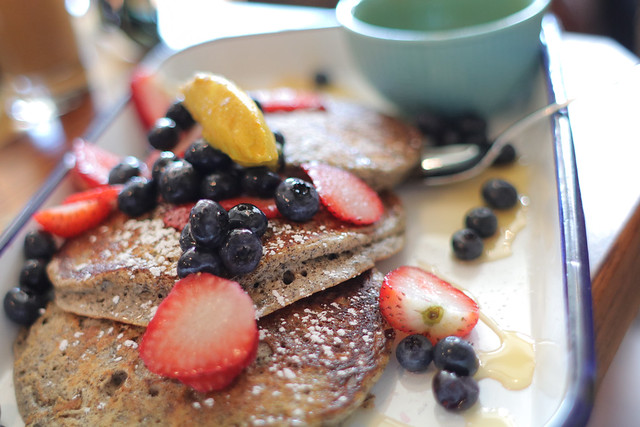 Lucky for me, the pancakes, which were served with wildflower honey, orange, turmeric butter, and fresh berries, were top notch. I loved the thick honey drizzled overtop my heaping stack instead of the usual maple syrup, and the tangy butter complemented this dish perfectly. 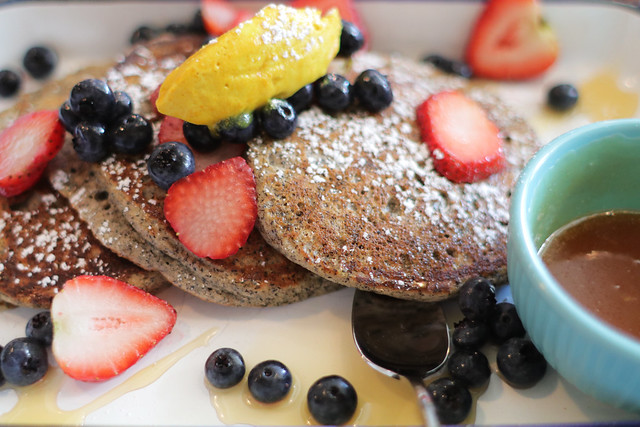 You also couldn’t tell these pancakes were gluten free—the consistency was spot on. 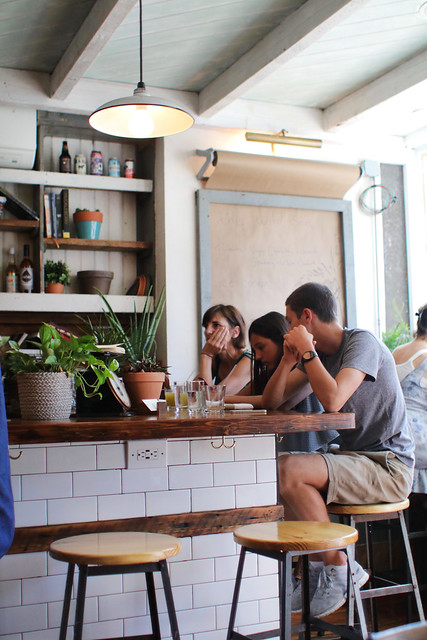 The Wild Son is a newborn in the NYC brunch scene and it’s definitely still figuring out a few kinks. Service was slow and our waiter barely checked in during our meal. Despite Wild Son being small, I think it was understaffed for NYC’s fierce brunch scene. They’ll figure that one out quickly.

The Bitches say: B-. The Wild Son offers an aesthetically pleasing, health-focused fare with a small, solid menu but several faux pas. Mainly, very minimal gluten-free options, and that it ran out of its token nitro coffee before brunch service began.

The Wild Son serves breakfast on Tuesday to Sunday from 10 a.m. to 4 p.m.