This post is brought to you by Capital One.

If you identify as a D.C. resident, a sports fan, or a human who has any type of social media account, you are probably aware that the Washington Capitals are making history in the Stanley Cup finals this week.

On Saturday night, for the first time in 20 years, fans rocked the red and descended upon Capital One Arena to support the Caps in Game 3—and we were there to witness history, thanks to our partners at Capital One! This also happens to be the first season Capital One has held the naming rights to the arena, so you could say they are good luck. 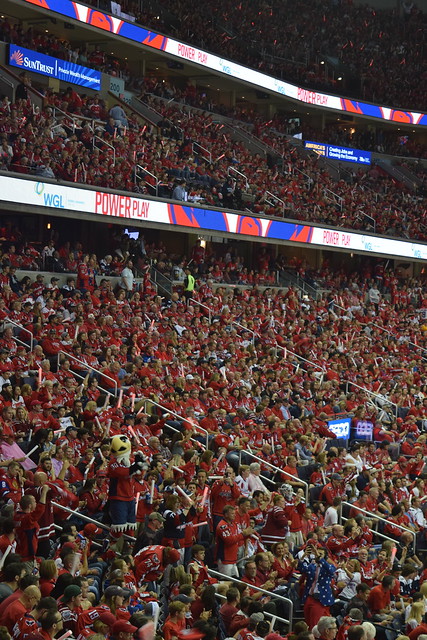 As a long time Washingtonian and sports fan, I can honestly say that the energy, fanfare, and performance at Game 3 amounted to the most epic D.C. sporting event I’ve ever attended. Truly, it was a once in a lifetime experience. As if the experience could get any sweeter, Capital One cardholders get early entrance 10% off of food and beverage in the arena. If you are blessed enough to have tickets to a home game you should: 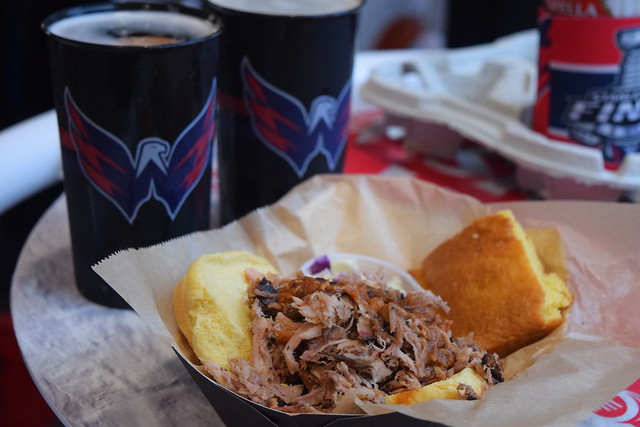 If you are not one of the 18,000 people with coveted tickets, we suggest heading downtown to watch the game within earshot of the Arena. Some of our go-to sports bars will be full of residual fanfare pre and post-game. Here are the deals you can expect to find:

Three levels capped off with a rooftop bar across the street from Capital One Arena make Bar Deco a perfect spot for a pre-game drink or post-game celebration.

The newly renovated Circa in Chinatown offers a downstairs bar and a full dining room on the second level. Be prepared for a standing room only scene packed to the brim with loyal Caps fans. Pro-tip: no happy hour at Circa is complete without the tuna tartare nachos.

Located on the same block as the Arena, the large bar and restaurant is perfect for big groups and will have happy hour specials running all night starting at 5pm.

The newest sports bar in the neighborhood, Yard House has not one, but two happy hours—the first one from 3 p.m.-6 p.m. and a late night happy hour from 10 p.m. until close. So, come to pre-game or swing by to indulge in half-off appetizers and discounts on all of their drinks, which includes 104 beers on tap, 34 of them being local drafts.

Throughout the Stanley Cup finals the upscale bar will be offering a “Wilson Punch” in honor of Caps player Tom Wilson, for $6. $1 for each cocktail sold will be donated to the Monumental Sports and Entertainment charity benefiting youth sports in the city. Happy hour starts at 4 p.m. until close.

After celebrating another epic night in D.C. sports history, we encourage you to take the metro or a ride share car service home. Because if our metro is good enough for Oshie, it’s good enough for you.