It’s no secret New Yorkers loathe Times Square—the crowds, the tourists, the traffic, the crazy Spider-Man character who chases you down the block. Not to mention it’s damn near impossible to find a half-decent meal. But, these Bitches love Broadway, and so we brave the crowds to take in a show on the regular. We dine elsewhere, then we trek to Times Square. But, when we heard people buzzing about brunch at Victor’s Cafe, a Cuban institution on 52nd Street, we decided to give it a go.

Victor’s is a family-run restaurant that’s been serving Cuban cuisine to New Yorkers since 1962, first on Columbus Ave and 71st, and later down on 52nd Street. The restaurant was bustling with families on this Easter Sunday, with Spanish music filling the room—this restaurant is run, staffed, and filled with Latinos, a promising indication of the cuisine’s authenticity. Indeed, the menu offered classic Cuban dishes like paella, yucca fries, and empanadas (of which we ordered all three), as well as ceviches and dozens of dishes featuring yucca, plantains, black beans, and rice. Bring on la comida Cubana! 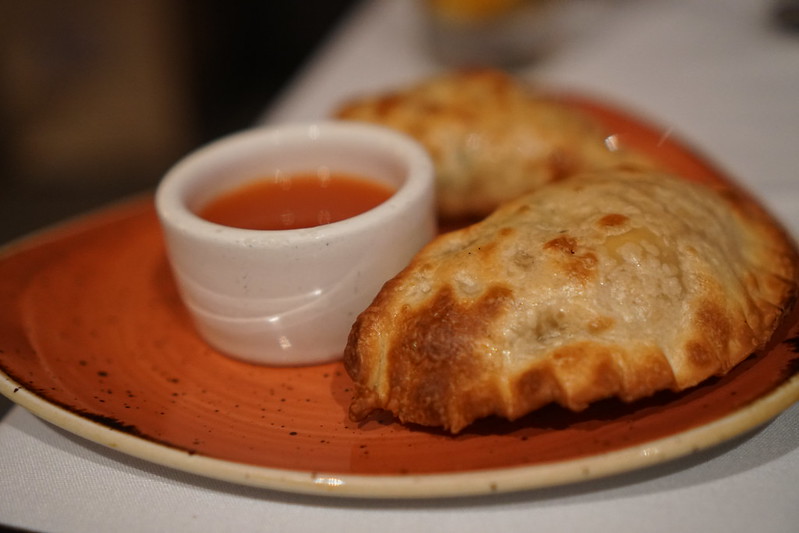 The front of the restaurant is rather stale with bad lighting—an old white-table-clothed establishment in need of an update. But, toward the back of the restaurant is a beautiful, sun-drenched atrium with decorative plants and bulbs cascading from the ceiling. We had requested to be seated in that room on the reservation notes, which were ignored entirely despite the room’s vacancy.

While the menu was filled with classic Cuban dishes, they were mostly lacking in flavor. The yucca fries were unenthusiastically bland–and while yucca is lacking in flavor, it is often fried and served with a delectable sauce. In this instance, the sauce added little to no flavor. We’ve had yucca fries that we couldn’t resist, and unfortunately, these did not pass muster. 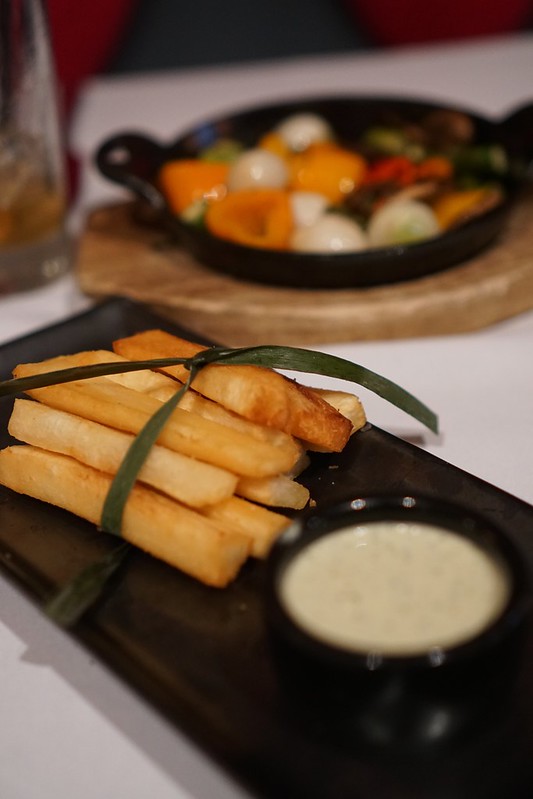 The sauteed vegetables were also pretty dull—small cipollini onions, sweet peppers, asparagus, and mushrooms. Unfortunately, not a single bite we took from the skillet of veggies had an iota of flavor. These vegetables were clearly sourced from some mainstream, big box restaurant purveyor, the kind that makes me oh so very sad about restaurants. 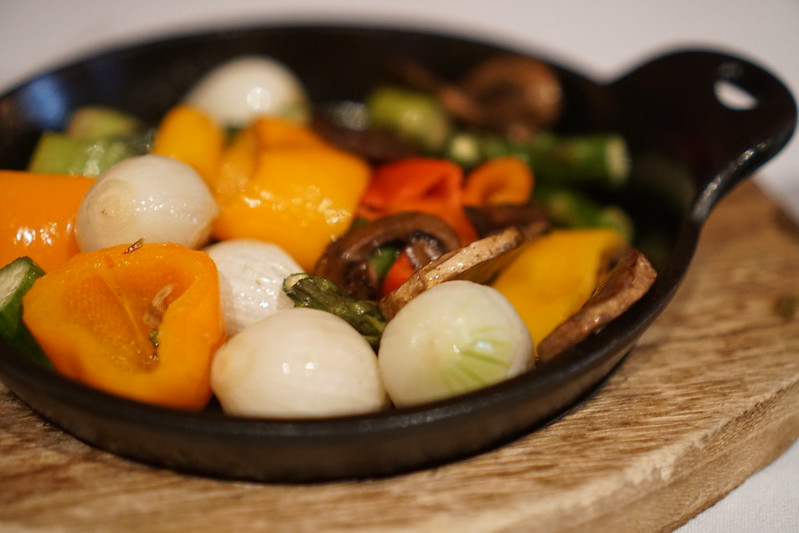 Thankfully, the empanadas were solid, with a flavorful shredded chicken in a light red pepper sauce, accompanied by a sauce that we thought would have flavor but in fact, did not.

Meanwhile, the shrimp was far from spicy but had a nice, flavorful red sauce atop shrimp and pureed boniato potato. It was one of the better dishes on the table, but not something I would order again.

The dessert menu was tempting, with churros, tres leches, and flan beckoning us from the page. But given we were less than impressed with the meal, we decided to save our calories and cut up to the theatre on time.

All in all, we’d recommend you drop by Victor Café’s for mojitos and empanadas as a snack for a pre-theatre nosh.

Victor’s offers an authentic menu and decent Times Square offering, but we got bland, dull cuisine when we’d hoped for a spicy, flavorful Cuban experience.