There’s no better location for a pub for veterans, by veterans than on Barracks Row. Valor Brewpub is the newest venture from Gaynor Jablonski, who also owns Jake’s and the Ugly Mug upstairs.

Decked out with American flags, and wooden tables, it’s a casual, unpretentious, bar and restaurant. The long copper bar would be a great place catch up with a friend over beers brewed in house. Plus, there’s a small patio out front, ready for the warmer months. 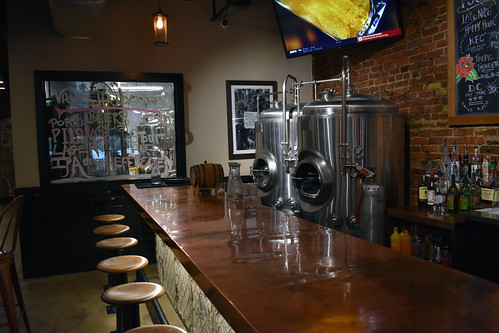 Chef Ryan Hackney has designed a brunch menu that combines inventive takes on bar classics as well as more elevated fare. It’s not designed to be cohesive, he says, but rather to offer something for everyone.

With that in mind, I started with a deconstructed charcuterie of Brussels sprouts and burrata.  Designated into several bowls, there’s one filled with Lioni burrata, smoky romesco, pine nuts, Asian pear mostarda, and caramelized Brussels sprouts. In another, pickled winter vegetables and Alto speck. In a third, a dessert-type combination of raspberries and blueberries in yogurt, and the fourth held toast. The Brussels and burrata was delicious, but as a set, it felt a bit out of place. 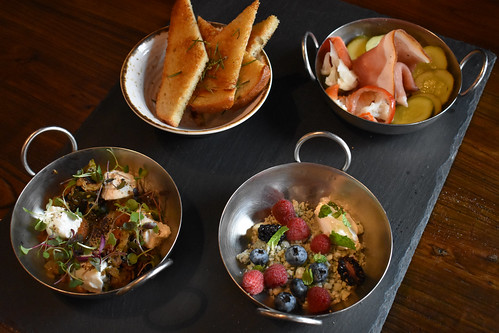 Drinkwise, Valor Brewpub has a great bottomless option: two hours of bottomless mimosas for just $20. The brewery operation isn’t quite ready yet. The staff expects to be brewing up to eight different beers (four core, four seasonal) by late-winter, early spring. And there’s a cocktail on the menu that when ordered, $1 goes to support veterans’ mental health initiatives.

While perusing the menu I was torn between ordering the Tropic Thunder wings and the same sandwich. Unable to choose, I tried both. The Tropic Thunder is made of buttermilk marinated fried chicken and sauced in a Thai chili Mambo that Hackney called his “homage to D.C.” 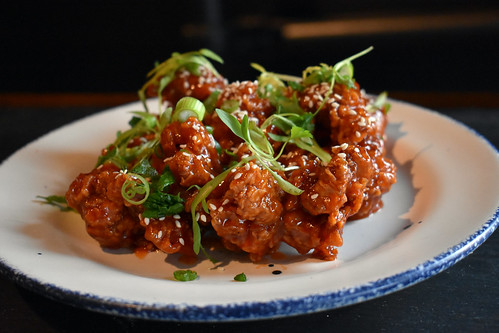 The wings are a great order, but if you want to take it a step further, order the sandwich. Take that beautiful saucy fried chicken and add dill pickles, iceberg lettuce, and shaved red onion. This will hands down be my repeat order each time I go back. Want something more brunch-y? You can also get that same meat on waffles so a fun stack of chicken and waffles.

One of the more traditional brunch options include “The Hangover” — a toasted Buffalo and Bergen everything bagel topped with a runny egg, avocado, bacon, smoked cheddar, and Hackney’s take on Big Mac sauce. Holy moly, that sauce is good. 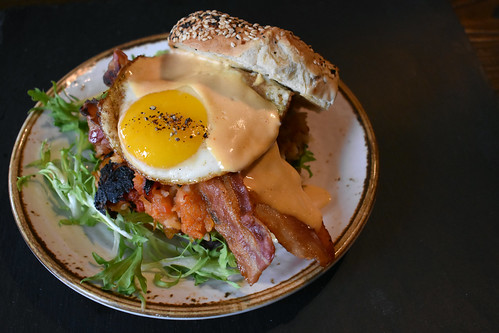 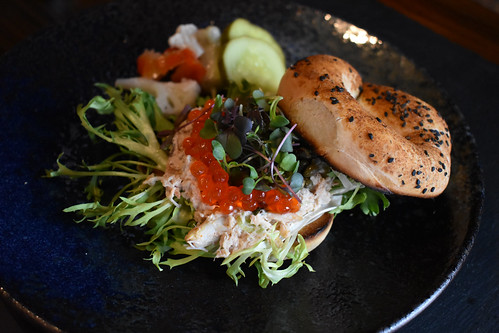 And you definitely cannot go wrong with the Valor burger. Hackney has manned the grills with Alex McCoy of lucky buns, and certainly knows his way around a burger. Made with Halpern Farm ground beef blend patty, the pub’s signature burger is topped with smoked cheddar, tomato, arugula, smoked bacon, rosemary-coated mushrooms, beer-glazed onions, and that delicious Big Mac sauce. Not to stir up an controversy, but this burger plays in the big leagues alongside Duke’s and Lucky Buns. 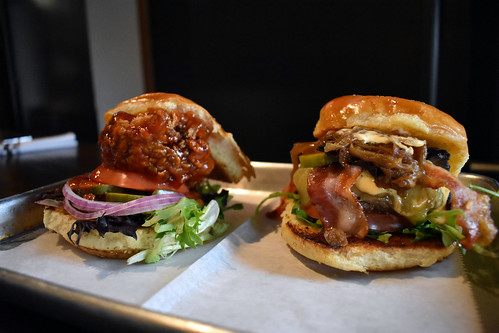 Many of the entrees come with hand cut boardwalk fries with malt vinegar mayo (ask for a side of Big Mac sauce) or if you’re feeling healthy, pickled veggies. Either way, Valor Brewpub is a great spot for a casual brunch, and a late night bite.

The Bitches say: Four and a half Champagne flutes. There’s more than just pub grub at Valor. Between the home brewed beers, a bangin’ burger and wings to die for, we’ll be making repeat visits.