Los Angeles-based gourmet burger joint, Umami Burger, opened its New York flagship last year in the Hudson Hotel near Columbus Circle. Umami, the fifth taste, is a Japanese term coined for a level of deliciousness outside of just your typical sweet, sour, salty, and bitter. Would Umami Burger’s burgers live up to its namesake sought after taste? The Bitches were down to find out when we were invited in to try their expanded line of Impossible Burgers. 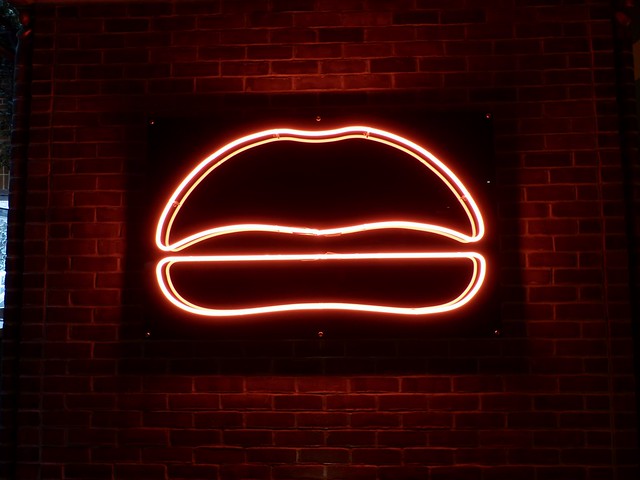 In honor of National Burger Day this Monday my boyfriend, a tried and true burger lover, and I, a lady intolerant to beef, jetted up to 58th Street to see what the fuss was about. This seemed like an ideal place for us to brunch– big ole burgers for him and a trendy, plant-based version for me. We went up the hotel’s signature neon elevators and followed the bright orange arrows to Umami’s cool loft-like space off the Hudson’s elevated lobby.

Feeling laggy that morning, we opted for coffee instead of cocktails but were ready to brunch. I assume we’re probably the only couple that does this because it’s pretty embarrassing, but we decided to split a breakfast burger, The Hudson, as an appetizer. The airy brioche bun was piled high with thick cut miso maple bacon, an over medium egg, arugula, tomato, melty cheese, and best of all guacamole. We both agreed that this breakfast sandwich hands down beat out the ones we had at Egghead, which is saying something! 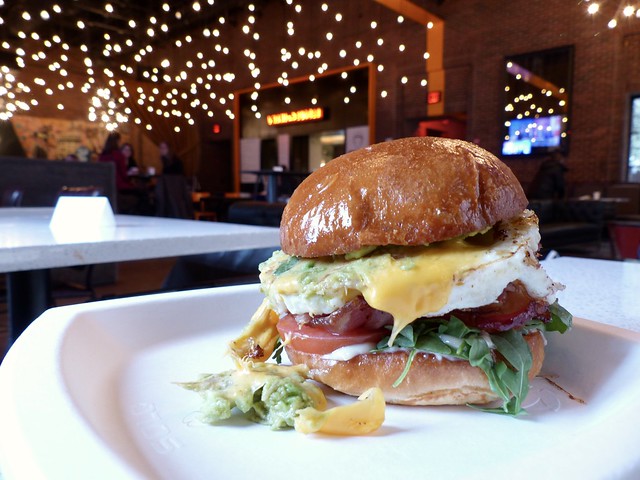 Because I don’t eat beef, I became the guinea pig for the main reason we were here: to taste the new Impossible burger collaboration. Not typically a fan of veggie burgers or meat substitutes (my go to is usually a turkey burger), I wasn’t really sure what to expect. Without even taking a bite, it was clear that the team at Impossible Foods takes great pride in their product. The patty looked exactly like beef and would have fooled anyone if it weren’t for the Impossible flag stuck in the bun. The burger was juicy, flavorful, and frankly delicious. Even my boyfriend liked his bite, and trust me that’s saying something. 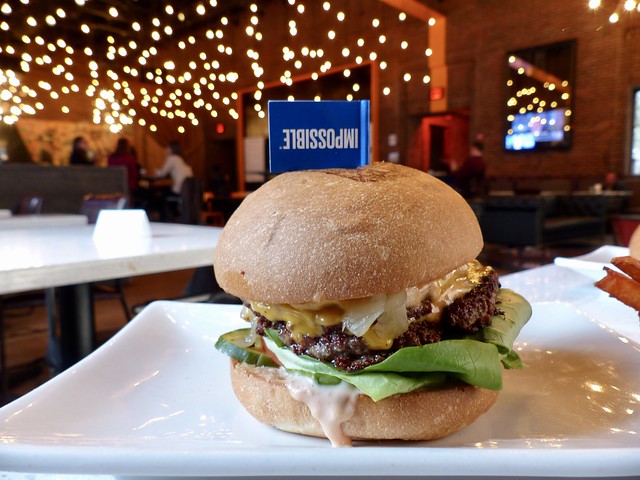 He ordered the Manly Burger, of course. The patty was stacked high with onion sticks, beer-cheddar cheese, and huge chunks (not strips of bacon). The name definitely made sense when I saw his order make its way to our table. He absolutely loved this burger not speaking to me for a solid ten minutes while he chowed down. He even took one of his buddies back the next day, so you know Umami did something right with this burger. 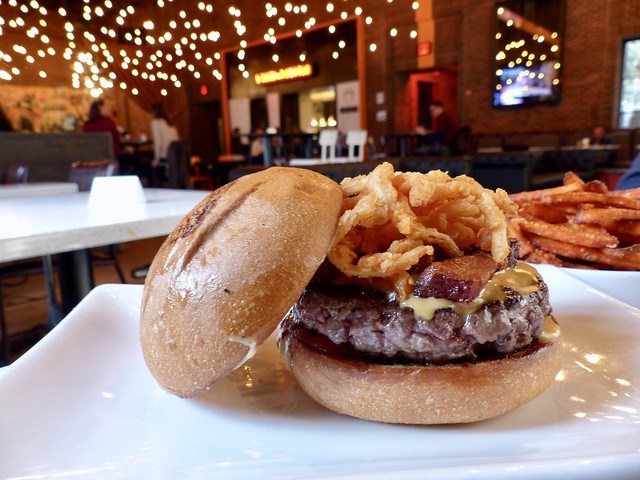 We split a side of sweet potato fries which were good, but pretty typical. After our meal, we couldn’t help feeling at home in the hotel exploring their bars and common areas, sitting in their chic lobby, and begging for their rooftop bar to open early just or us. 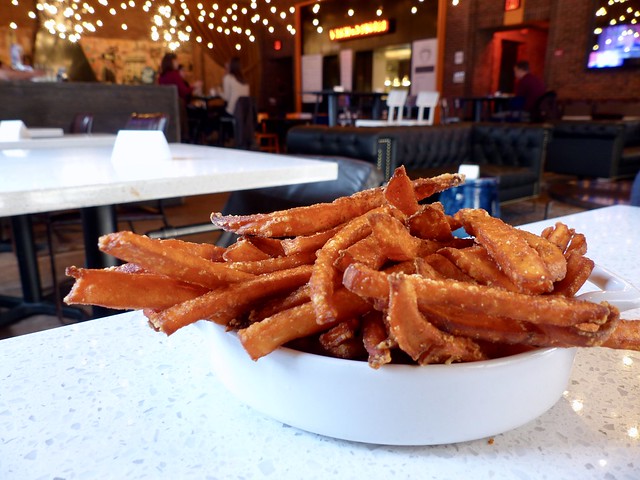 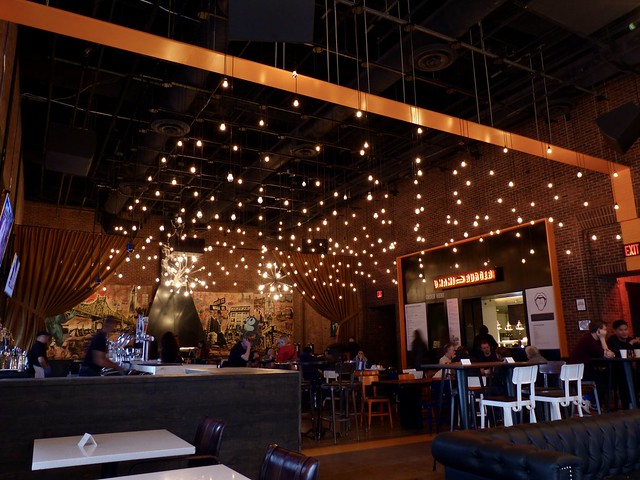