Last month, the D.C. team gathered for our annual team meeting to determine the Best & Worst Brunches of the year and debate our Best Bites of 2017. It’s a tradition we all look forward to as we get to catch up and discuss holidays plans, as well. This year, we were deliberating at Tyber Creek, a new neighborhood bistro in Bloomingdale.

The team was excited to see the space from the minute we received an invite to try their newly launched brunch. The bistro was cozy, but modern, with daisy tiled floors, a living wall and mid-century light fixtures. We all noticed the large wrap around patio that will be ideal for brunching in the warmer months. 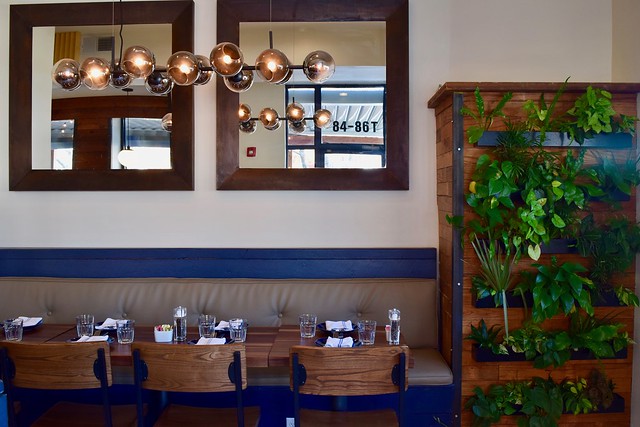 You may know the space as the former Rustik Tavern, which specialized in pizza. So, it makes sense that the focal point of the small but mighty kitchen is the wood fired oven. We were impressed that the menu reflected items that were cooked only in that oven, as opposed to the traditional convection oven. 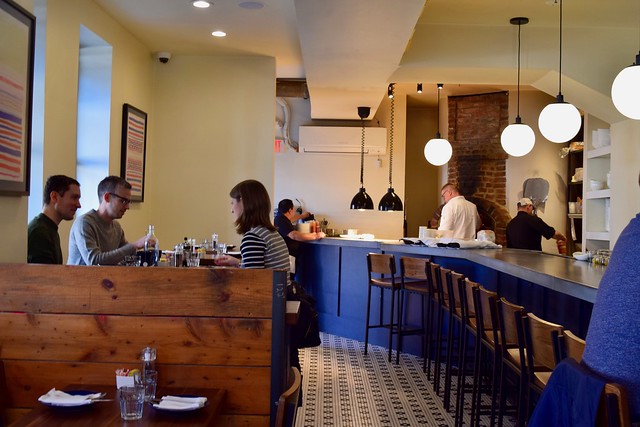 It was our annual celebration, so we naturally opted for both the bottomless Rose and mimosas (2 hour limit), which come in convenient carafes for the table. One editor went against the grain and opted for a Bloody Mary and she was happy with her decision. We all ordered a round of the French press Compass Coffee, as there was work to be done. 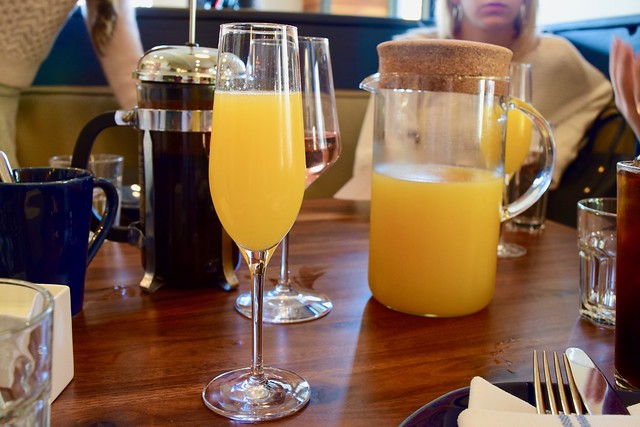 We kicked off our brunch meeting with the massive cinnamon rolls. It’s early in the year, but we’re making a note that all subsequent cinnamon rolls will have to live up to these. The individual, pull-apart rolls were served in a cast-iron skillet and glazed with a decadent cream cheese frosting. This is a must-order. 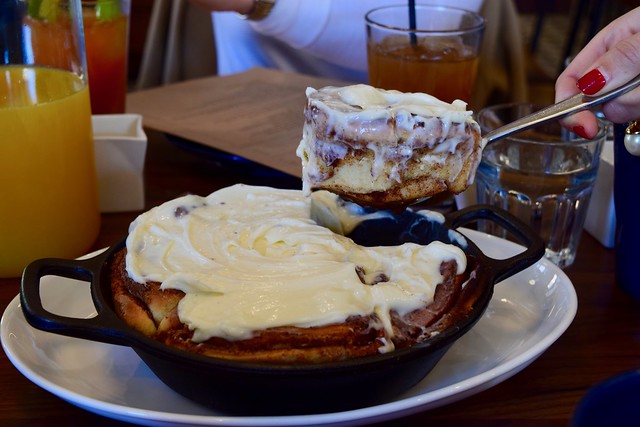 Annie ordered the butternut squash frittata, with mushrooms, fontina and crispy sage. The squash gave it a great flavor, but the underside of the frittata was over salted and left her reaching for her water glass. The side of fruit salad was a nice touch and contained none of that dreaded honeydew melon.

Cori Sue went with the Shakshuka. It came with locally sourced eggs, spicy tomato sauce, potatoes, roasted red peppers, feta, and crostini. She was satisfied, but not thrilled with the flavors. 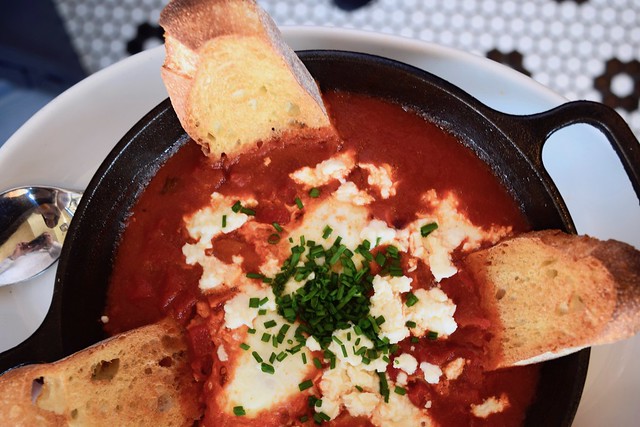 Tess tried the eggs Benedict, a traditional version served with Canadian bacon and Hollandaise sauce on an English muffin. The entree came with a side of crispy potatoes. 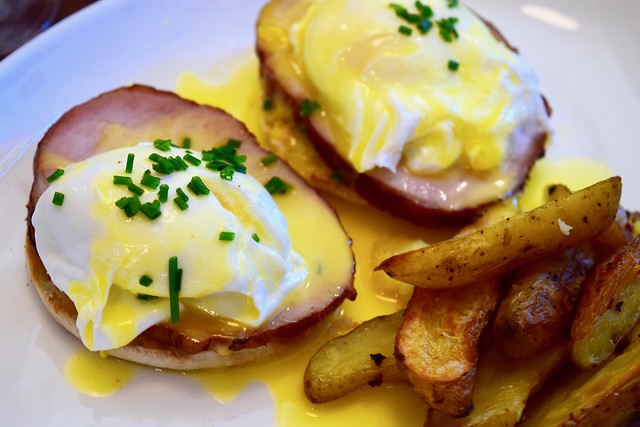 Dannah chose a vegetarian-friendly option of roasted fall vegetable and quinoa hash and opted for a poached egg on top. The quinoa was fluffy and accompanied by well-prepared veggies. The poached egg was also cooked perfectly. The dish was a hearty portion and satisfying, but it was something that probably could have been made at home. 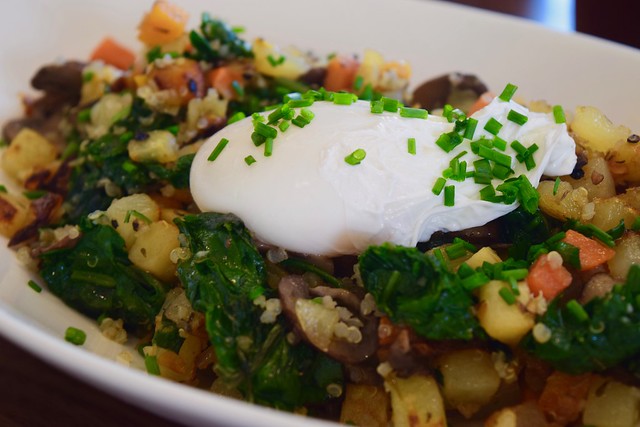 Steph opted for the the creamy polenta, with olive oil fried eggs, tomato, greens, and Parmesan cheese. It was the perfect winter dish; just special enough to feel indulgent, yet semi-healthy and flavorful. 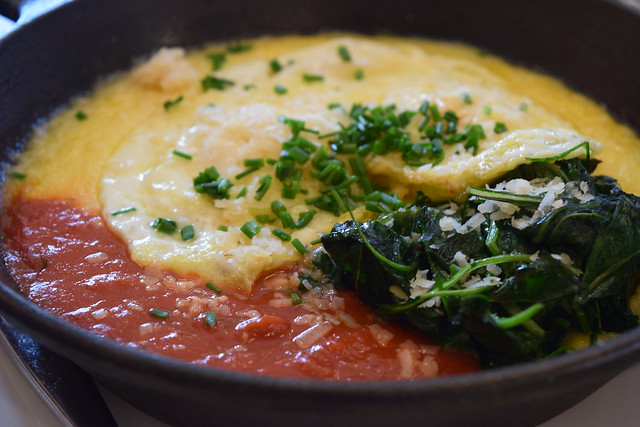 We loved the vibe at Tyber Creek and wish we lived in the neighborhood. We’ll certainly be back for bottomless drinks on the outdoor patio when the weather warms up.

The Bitches say: B+. A solid neighborhood American bistro, with charming decor and a great patio for warmer day drinker weather.