Kitschy cocktail bars in New York City are a dime a dozen; but cocktail bars that are also completely vegan are a rare commodity. Mother of Pearl in the East Village is blissfully both. And so this devout vegetarian and self-proclaimed cocktail connoisseur made visiting a high priority.

I was greeted with Polynesian island vibes and tiki drinks upon arrival—quite the warm welcome considering the cold gusty winds outside. The teal tiled bar set the perfect tropical setting, banana leaves on the walls completed with hanging lights and fruits.

I especially liked the glass-blown chandelier, retro floral booths, and metallic sea shells throughout the space. There wasn’t a single detail to be missed, even real mother of pearl is used on the menu itself. During the summer, the bar opens up with outdoor seating along Avenue A. 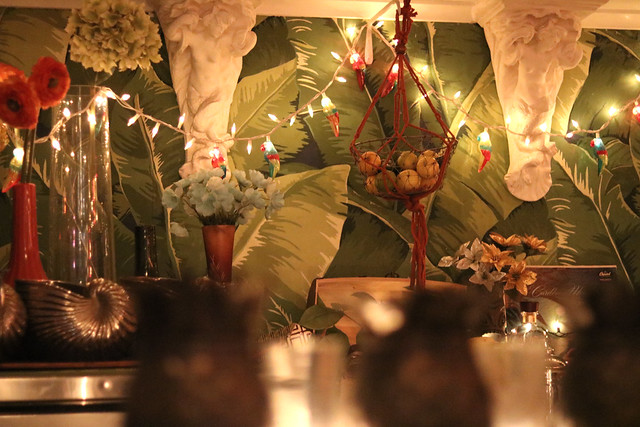 Restaurateur Ravi DeRossi, owner of Death & Co., among 15 other New York City hotspots, is the brain behind Mother of Pearl. DeRossi, alongside esteemed beverage director Jane Danger, make a killer pair. Plus, DeRossi has been ahead of the plant-based trend, taking the city by storm.

While Mother of Pearl wasn’t initially intended to be vegan when it opened in 2015, Danger converted many of the cocktails to be vegan by using spirits that don’t contain animal products. DeRossi has already transformed many of his other meat-centric restaurants into vegan restaurants. It seems as though he’s just getting started and plans on expanding further into the plant-based industry. 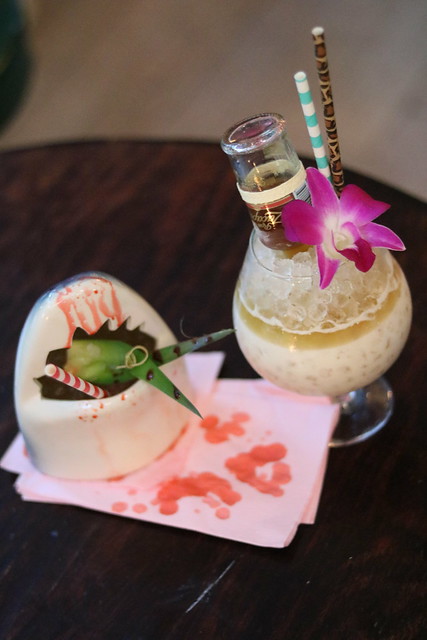 Is This Seat Taken

As someone who’s always on the quest to find the perfect date spot, Mother of Pearl is a solid choice especially for a first date. It’s edgy, eclectic, and anything but pretentious. The drinks are strong, and the decor elements are a conversation starter in itself. It’s also a great place to catch up with a group of friends over cocktails. Regardless of who you bring, it’s guaranteed to be a crowd pleaser.

The menu is rather neat, especially as the drinks are named after songs. The cocktail menu is seasonal and rotates often. These aren’t your basic tiki drinks, but rather a classic take on tiki cocktails reimagined with a Polynesian flair. Since tiki typically implies rum, Mother of Pearl takes it a step further and blends mezcal, tequila and other flavors. 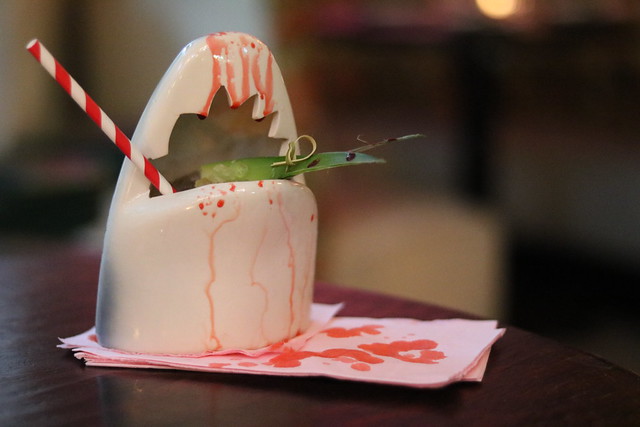 Fellow Bitch Ann Louise recommended the shark-inspired cocktail. I took her up on her suggestion and ordered the shark eye. I was surprised to see what arrived, as the cocktail itself is a “bloody mess,” so to speak, but in a good way.

The $16 cocktail is served in a shark’s head. With citrus notes like passionfruit and lemon combined with maraschino, dry Curacao, bourbon, rye, and tiki bitters, this cocktail was unlike anything I’ve ever consumed. 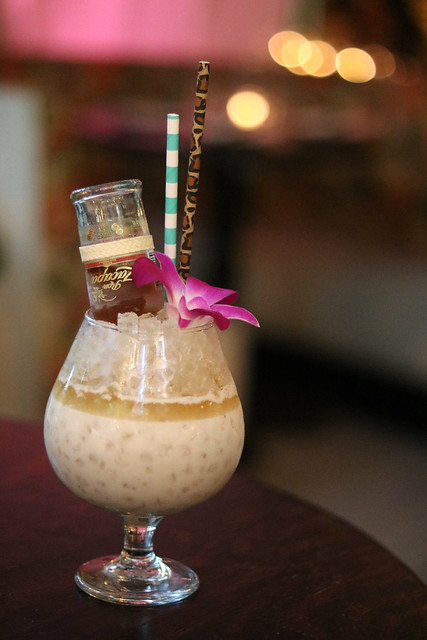 My cousin Ketu was intrigued by the sugarcane concoction. The creamy cocktail is rather whimsical and served alongside a mini rum bottle upside down in the drink. The sweet libation calls for coconut cream, pineapple, lime, almond and aged rum from sugarcane. For $18, it definitely met our expectations. 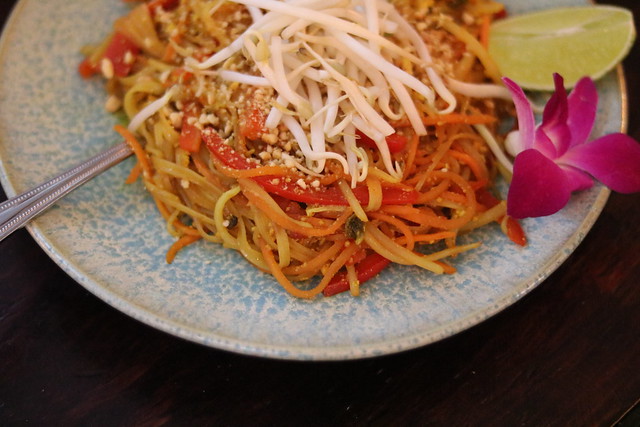 We also decided to split the tofu pad thai and togarashi fries while enjoying our first round of cocktails. The pad thai was a bit on the saltier side but decent. The shoestring fries were a knockout as it was spiced with togarashi and garnished with fresno chile and cilantro, and served with delicious aioli sauces for dipping. 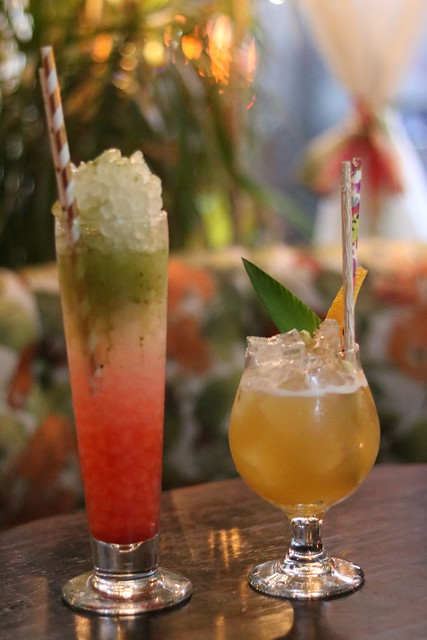 I’m a sucker for coffee or tea-inspired cocktails. The autumn tea sounded tempting as it includes Matcha. The drink is as delicious as it is gorgeous. The tea cocktail is served over crushed ice and includes red plum, lemon, cherry brandy and gin as the spirit. The combination of flavors was delightful and surprisingly not too sweet.

As a nightbird herself, Ketu ordered the namesake cocktail. The golden colored cocktail includes all of our favorite fall flavors combined with summer favorites. Cinnamon and bourbon are used in conjunction with white flowers, lemon, and pineapple for a tangy twist.

We’ll certainly be back to try more cocktails in the near future.