When I think of The Ugly Mug, I’m flooded with foggy memories of binge drinking and trekking out to the Gold Cup. It only seemed appropriate to revisit the revamped space years later with my best friend Manisha. The Ugly Mug has been a staple on Barrack’s Row for over a decade and has recently undergone a serious makeover. As soon as you walk upstairs, you’re greeted prominently with art deco vibes and bright D.C.-themed murals. 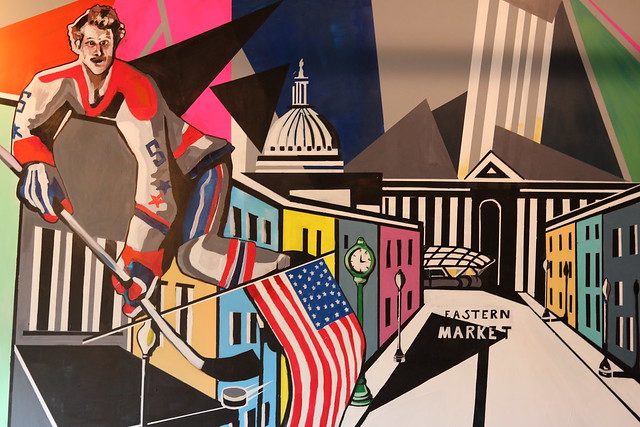 Our friend Sunny joined Manisha and I for brunch on the roof deck, both were running late per usual. I dove straight into the mimosas and caught some rays while enjoying the soothing sounds of Frank Sinatra. Side note: I share some striking details in common with Frank Sinatra, not just as a former New Jersey resident, but as individuals both born in Hoboken. Unfortunately, my accomplishments haven’t led to any streets named after me. 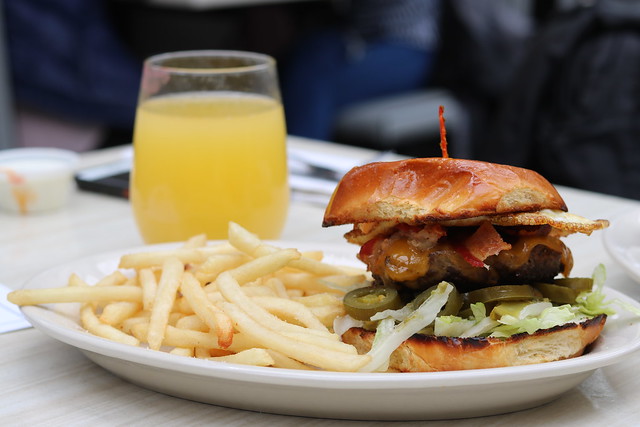 The Ugly Mug offers an expanded selection of brunch items with bottomless mimosas for just $16. The mimosas were strong and replenished quickly, just as we prefer. Manisha desperately needed the Hangover burger after a rowdy night on the town. The burger was cooked medium well to her liking and served with crispy fries. Smoked cheddar, jalapenos, crispy bacon, lettuce, and guacamole were stacked on top of the burger with a perfectly fried egg. While overwhelming in presentation, the burger was easily one of the best she’s had to date. 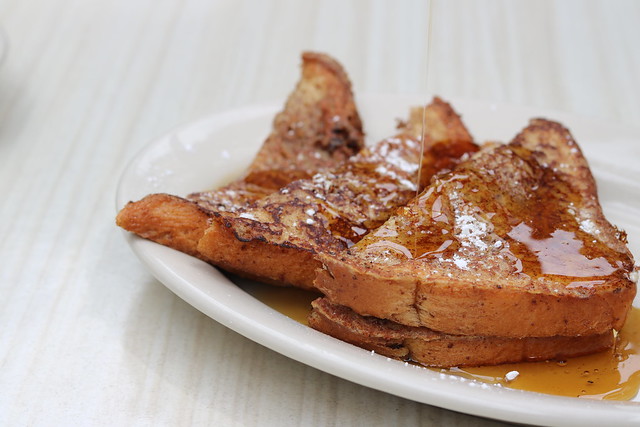 In a change of pace, my sweet tooth kicked in and called for the Le Mug toast. The French toast was served with classic buttermilk syrup. While it tasted decent, it wasn’t especially noteworthy and not particularly memorable. 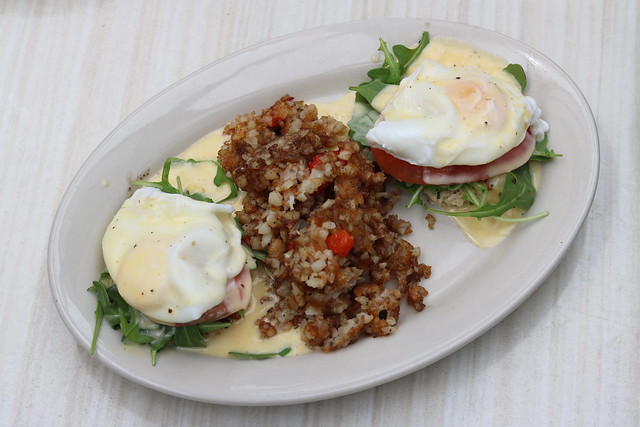 Having grown up in Maryland, Sunny was eyeing the eggs Chesapeake. The crab was moist and the portion was plentiful, however it didn’t measure up to his standards. The home fries were the saving grace of the dish; well seasoned and finely diced.  The Hollandaise sauce lacked flavor and to make it even worse, was paired with bland eggs and lackluster vegetables. 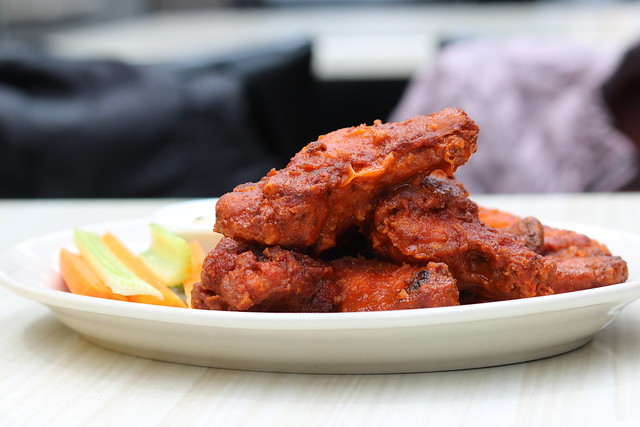 Sunny and Manisha decided to spit an order of the spicy Buffalo wings and it was an immediate crowd pleaser. The wings were tasty, flavorful and seasoned perfectly. They both sought solace from the spiciness with the veggies and ranch dressing served on the side. 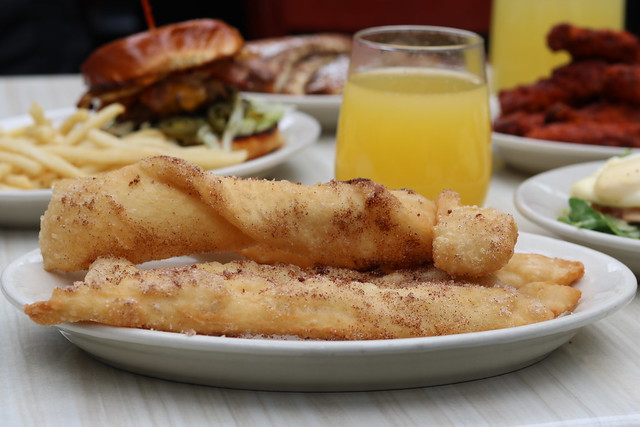 After multiple rounds of mimosas, we decided to end our meal with the fried dough. The fried dough was crunchier in texture than I anticipated and difficult to devour. The cinnamon and sugar was a nice touch, but we wished the dough was served with something other than basic syrup for dipping. 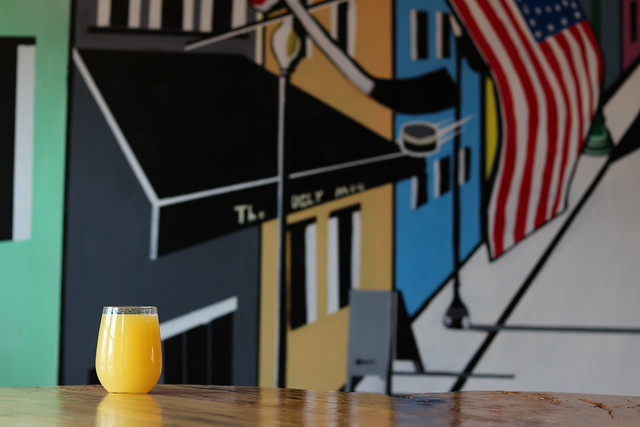 None of the items we sampled were a complete knockout, but the service was attentive and the newly renovated space is attractive. The sunlight peaking through the covered roof deck along with cool artwork truly brought the restaurant to life.  We enjoyed our afternoon day drinking at The Ugly Mug, post brunch.

The Bitches say: B-. For a decent boozy brunch served with art deco vibes and a killer music selection.