I’m not particularly inclined to visit Georgetown on Sundays, given the overwhelming amount of tourists and shoppers that flood the area. But given that I had errands to run on M Street, I hopped in a car and headed to the busiest street corner in the neighborhood for brunch.

I’ve walked around the corner of Wisconsin and M Streets tons of times and never once noticed the alleyway on Wisconsin that leads to The Sovereign. If you’re looking for it, the sporty, blue facade beckons you down the lantern-lit alley. 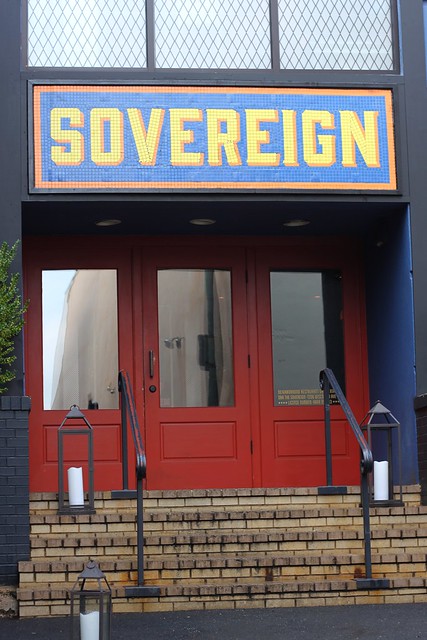 The Sovereign is a Belgian bistro and bar. Walking into the dark, alluring restaurant makes you instantly forget the hustle and bustle outside. Dark wood, brass accents and dim lighting makes you feel like you’re in a European drinking den, rather than Georgetown. I was immediately drawn to the downstairs bar, but turned it down for a cozy table for two. 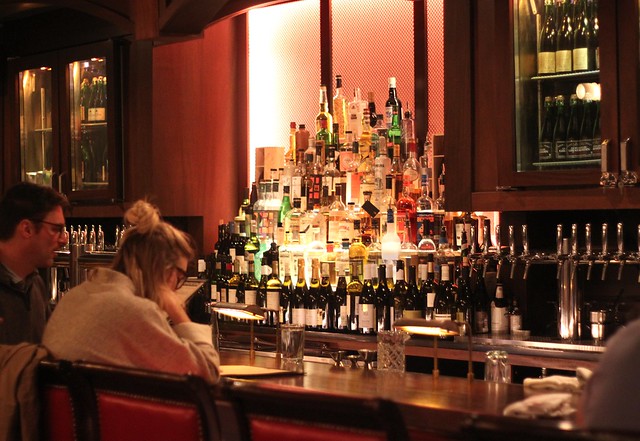 We were initially a bit overwhelmed by the massive beer, wine, and cocktail lists. Beer manager, Greg Engert, has put together an impressive list of over 50 beers on tap at the bar. With so many options, I definitely could have spent the afternoon there, sampling Belgian brews. Instead, we stuck to more traditional brunch bevs. 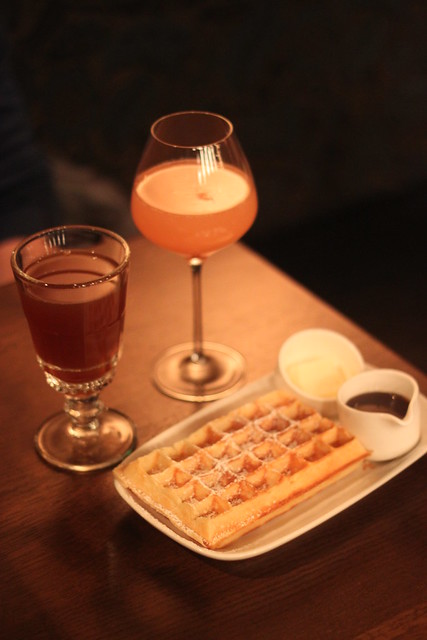 I opted for the grapefruit mimosa and my dining partner went for a hot cider with bourbon.

The Sovereign offers an incredible brunch deal called the Tour de Sov. You can add two brunch drinks (mimosa or Bloody) and a Brussels waffle to any order of a main entree for $10. Given that I was already planning on ordering a mimosa and a waffle, this was an easy decision.

The waffle came out of the kitchen almost alarmingly fast, before our drinks. It’s a classic Brussels waffle, topped with powdered sugar and accompanied by butter and syrup. This waffle is designed to be an appetizer, which is a decent portion for one person, but we easily split it. 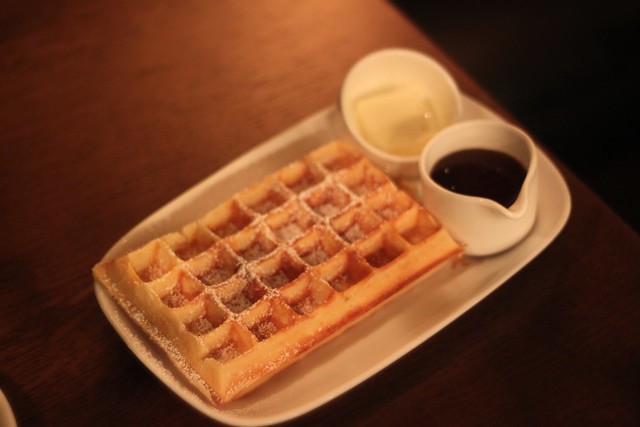 I wasn’t even done with my half of the waffle when our entrees arrived. The Sovereign burger looked great; presented on a wooden serving platter with a silver cup of fries. The Red Apron ground beef was perfectly cooked to medium, and the brown beer onion jam, and gruyère mustard fondue oozed thick, messy and glorious. We were delighted by the toasted English muffin that is substituted for a hamburger bun, giving it a brunch-y twist. Our only complaint was the whole bay leaf left on the burger that should have been discarded. It added a great taste, but left a small road block in our devouring of the burger.

The fries were crispy and thin, served with Bicky sauce, that traditional Belgian condiment that combines mayo and mustard with other spices. 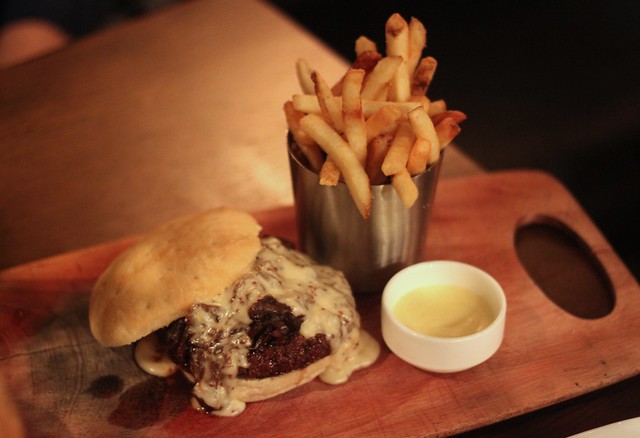 Feeling ambitious, I went for the croque madame. Immediately, I knew I had to eat it with fork and knife. Two halves of flaky and crisp sourdough sandwiched black forest ham and gruyere, sauced with a gruyere-mustard fondue, and a fried egg on top. The mustard seeds gave the sandwich a bold, tangy flavor, that I felt overpowered the gruyere. I wasn’t the biggest fan since I don’t love mustard, but if you are, this is the sandwich for you. The mustard served as a good substitute for butter, which often leaves croques madames feeling heavy. 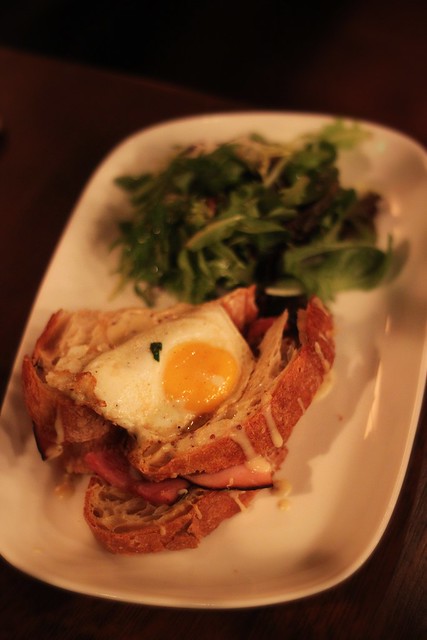 I clocked this brunch at 45 minutes from reservation to signing the check, which might make it the record for fastest brunch service I’ve ever had. Speed isn’t necessarily a bad thing, but I would have preferred if the service was better timed. I never even got to my second drink because the food came out so quickly. We felt rushed despite wanting to enjoy a leisurely brunch together. 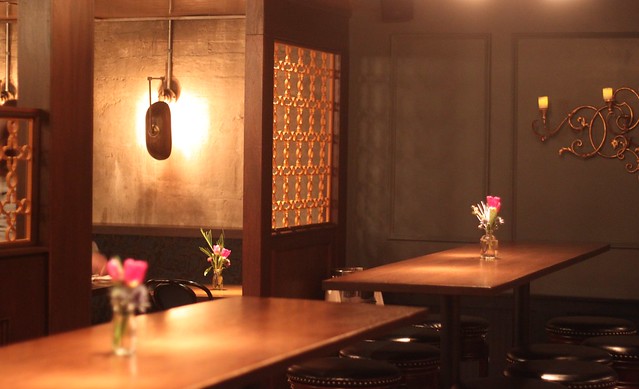 I’m excited to have found a good mid-range restaurant in Georgetown at The Sovereign. It’s an oasis from busy streets outside and I can’t wait to come back for drinks.

The Bitches say: 4 flutes. Fantastic drinks in an intimate, secluded spot away from the hustle and bustle of Georgetown. Decent food makes it a solid option for mid-range prices in this mostly overpriced neighborhood.

The Sovereign serves brunch Saturdays and Sundays from 11 a.m. to 3 p.m.