This weekend was a weekend for the record books. I went out both Friday and Saturday nights—I felt like I was back in college again. But, on Sunday morning I awoke with a horrific hangover and was all the more reminded that I can’t party like I used to.

In need of sustenance on this busy Sunday, I decided to grab brunch with my friend Britt in a neighborhood I have been going to more frequently as of late: Ukrainian Village.

Upon Googling, I found a cute spot on Chicago Avenue, The Rookery. It had a small menu, but all of the items sounded deliberate, and delicious. Britt and I decided on a late brunch, and made our way to The Rookery. 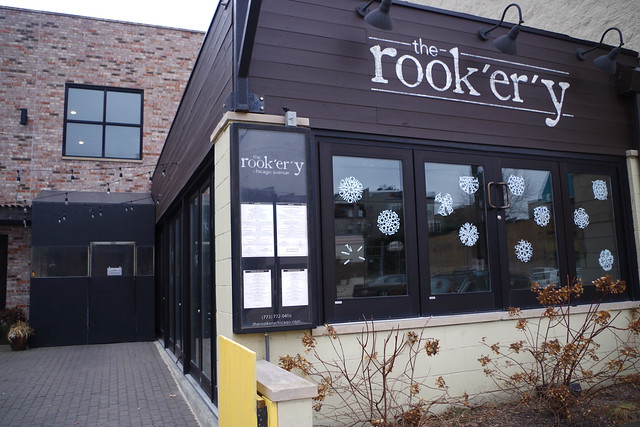 From the outside, The Rookery is nondescript, but with its extensive patio out front, it makes me want to come back when it’s warmer. The inside of the restaurant is adorable, with communal tables, some leather booths, and photos and drawings of birds all over the walls. Our table even came with a stone owl, which I loved. 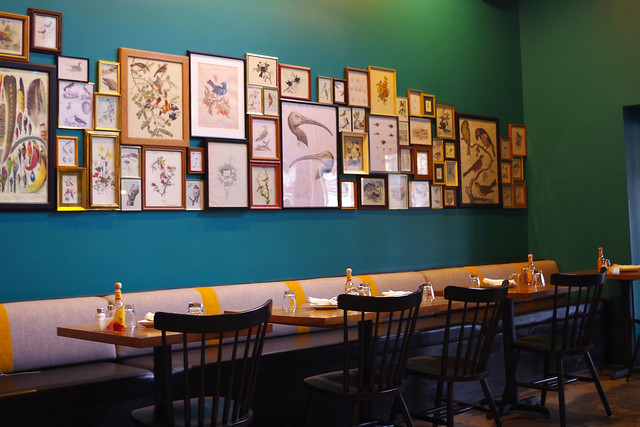 Britt and I were seated at a long communal table, and began to look over the menu. Fifteen minutes ticked by, and no one had come to greet us. Mind you, we were one of four parties in the entire restaurant—there was no excuse for us sitting there for as long as we had.

Our waiter eventually made his way to us, and we ordered our beverages. With how long it took for him to greet us, I was almost tempted to scurry and put in our food orders too—I had errands to run this particular Sunday and didn’t have time for a lengthy brunch.

Again, Britt and I sat for at least fifteen minutes waiting for our drinks, neither of which were elaborate. Finally, our drinks arrived and we made sure to put in our food order too—I didn’t have time for this waiting nonsense. 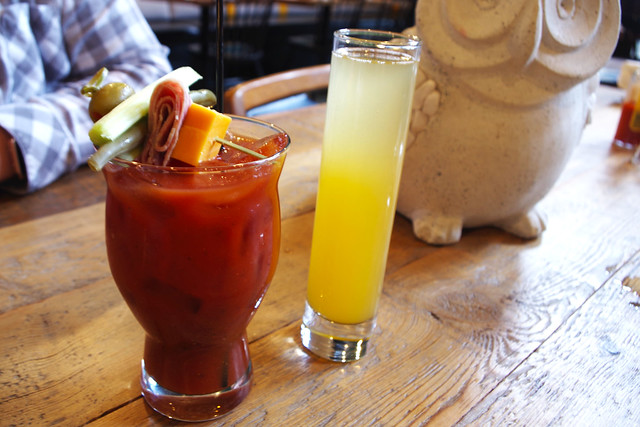 I went outside my box and ordered the Bellini and it was a delicious switch. The peach flavor was nicely matched with the effervescent Prosecco—great choice, and mixture.

Britt tried the Bloody Mary with chili vodka, house made Bloody mix, and house made pickles. The Bloody was spicy, thanks to the chili vodka but it was nothing special. Britt described it as a spicy V8 tomato drink, which doesn’t speak well of the house-made Bloody mix.

The menu is not extensive, but it has everything you could want. With three main sections: eggs, sweet, and savory, The Rookery certainly hits all the points and would leave everyone in your group content with the options. 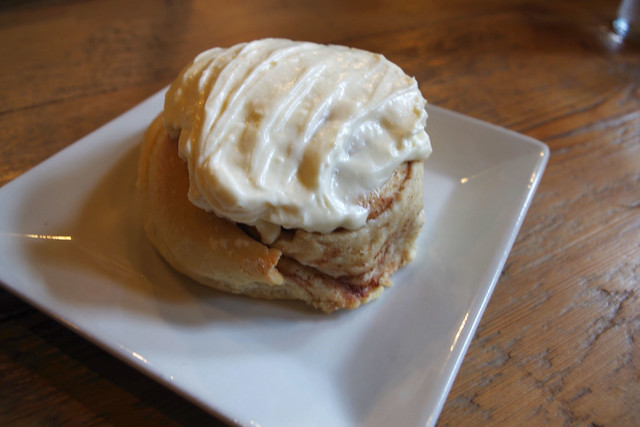 Since I had been eyeing savory options for my entree, Britt and I decided to split the cinnamon roll. Imagine a biscuit texture, with a light cinnamon flavor and whiskey cream cheese frosting—well, that’s exactly what we had. I must admit, while this was delicious, I was really wishing that the roll was more sticky, glazed, and gooey. This was not that kind of roll at all, and ultimately didn’t really hit my sweet spot. 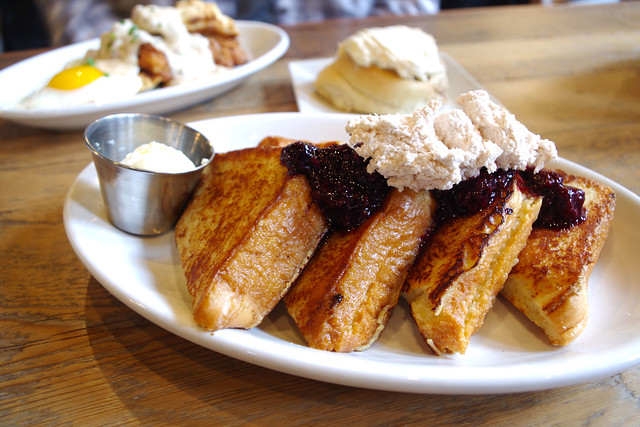 As Britt and I had been eyeing the menu, I pointed out the French toast, which also had marshmallow fluff—“DONE!” she exclaimed. While that dish had also caught my eye, I simply decided I was going to sneak a bite (or two). The French toast was something one can only dream about. It was four slices of toast, and adorned with blackberry and blueberry compote and marshmallow fluff. The slices were, in fact, two slices of bread put together, and were gooey in the middle. I don’t know how The Rookery did it, but it was amazing. Bravo! 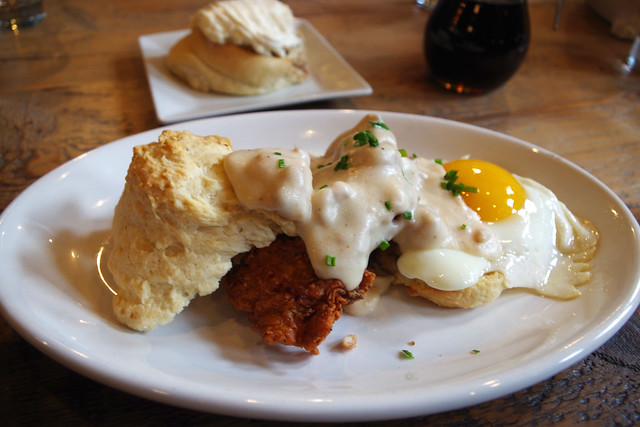 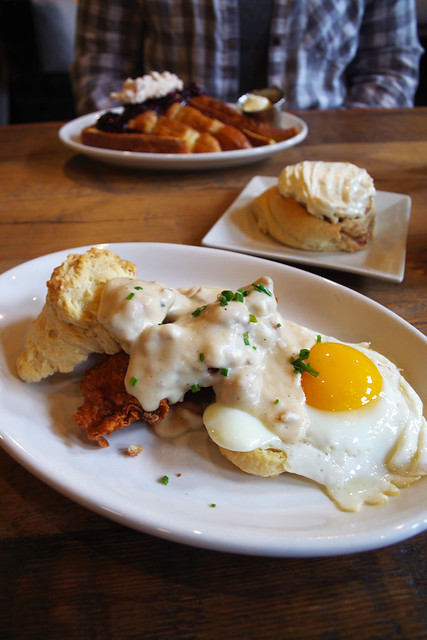 We wrapped up our brunch, and ultimately the food was good, but the experience certainly left me stressed. There was no reason for the service to be as tardy as it was and I will make sure that if I ever go back, to ensure I have hours to waste.

The Bitches say: C+. The food is the only thing that saved this place from an even lower grade. The fried chicken thigh and French toast were delicious, but the service and subpar Bloody Mary has placed this spot in the “average” category.

The Rookery serves brunch every Saturday and Sunday from 10 a.m. to 3 p.m.