When you’re invited to an “Undies Brunch” the first question that inevitably comes to mind is: Do I have to take my clothes off?

The answer, thankfully for my aging underwear collection, is no. But everyone who works the brunch does—from the entertainers to the busboys—and it turns out I’m just fine with that.

I gathered a small group for said Sunday Undie Bottomless Brunch, which was in The Green Room 42 in the YOTEL in Hell’s Kitchen. The hotel itself is as futuristic as they come; not a sole human is in sight in the lobby (check yourself in, then get a robot to take your luggage upstairs).

So it was a refreshing surprise to walk into the darkly lit den of The Green Room 42, tucked away in the back of the fourth floor that also houses the Green Fig Restaurant. It was like walking from the future to the sexy, smoky past—into an era when speakeasies had stages and grand pianos.

Leather banquettes line the walls and give the space a contemporary touch, as they are tagged with graffiti art by Chef Gabriel Israel. Turns out, the chef is both a graffiti and tattoo artist in addition to his kitchen artistry. (Chef Gabriel is also behind the Green Fig.) 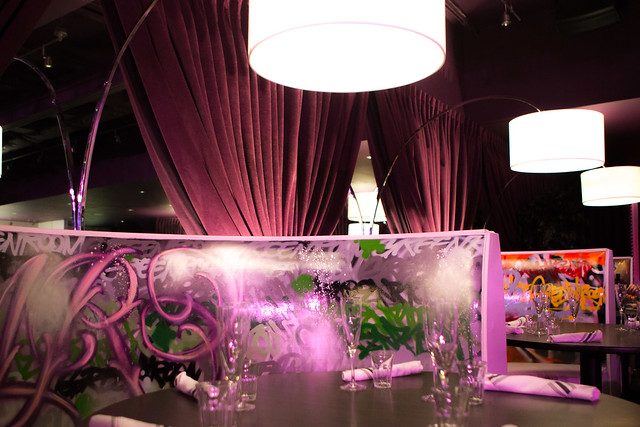 As soon as we sat down we were served drinks and, shortly thereafter, were served two scantily-clad performers. It was quite the surprise, over our appetizers and Bellinis, to see so many good looking people take off their clothes and sing to us.

But the performance, while initially shocking (cue awkward laughter), turned out to be really tremendous. And hilarious. In fact, I laughed so hard, my face hurt. The underwear-clad duo performed clever pop-song mashups and eccentric originals on instruments ranging from the cello and ukulele to the glockenspiel and melodica. Every song was delightfully more shocking and crude than the last. 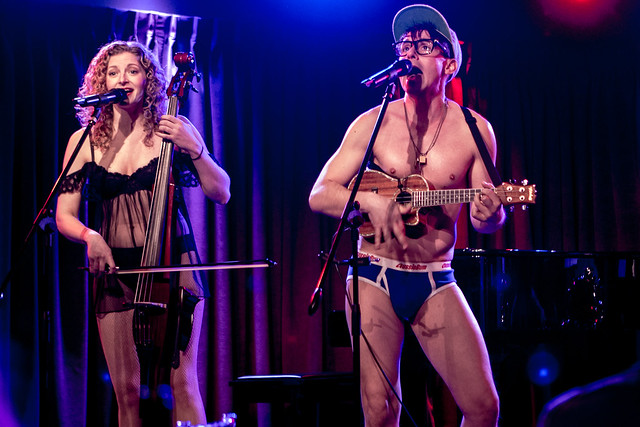 This being Easter Sunday, the duo was joined by the Easter Bunny and Jesus. (Obviously.) Trust me when I say, these are not the types you would see in church on an Easter Sunday. The Easter Bunny, for one, barreled on stage in his boxers, gut hanging out, clutching a bottle of Maker’s Mark. But first impressions aside, Mister Bunny proceeded to belt out about his woes and strife in the most witty of ways. Not to mention his voice, which was incredible. 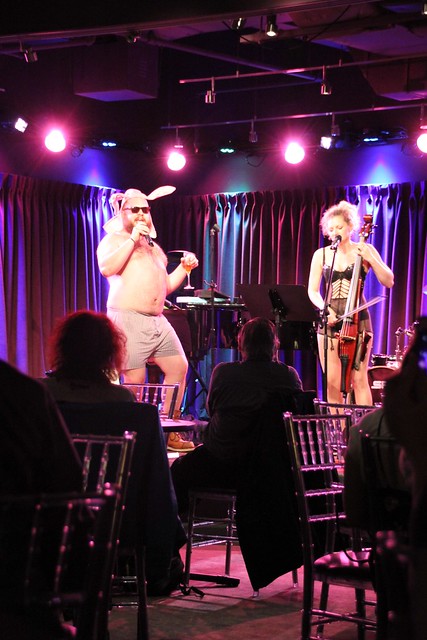 There are moments like these in New York, when you expect a performance to be downright hokey, but the performers are so talented that it blows you away. This entire Skivvies performance was one of those moments. 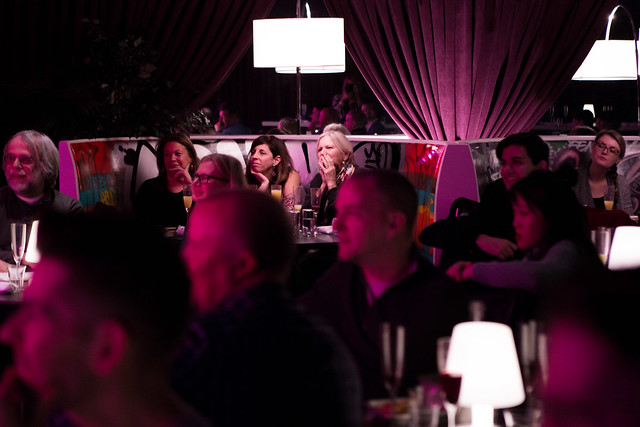 While the entertainment was kicking off, we ordered from the brunch menu—which was truly creative and proudly on theme. For $45, you can get a brunch entrée and bottomless prosecco drinks. And the prosecco pouring never stopped. In fact, even after the performance was over, our servers were eager to keep filling up our glasses. 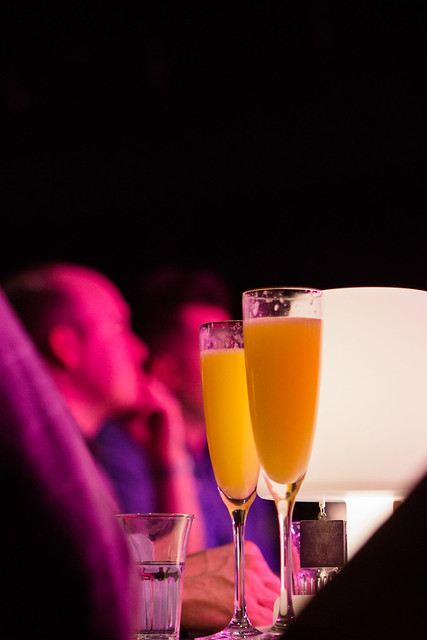 Along with mimosas, other boozy beverages offered include the Aunt Rosemary, gin, rosemary syrup and pineapple juice; and TLV Iced Tea, with green tea-infused vodka, St. Germain and white pepper. Or you can get a man-mosa (mimosa and shot of vodka), or a woman-mosa (“the exact same thing because it’s 2017,” the menu delightfully reads).

The food menu includes cheeky dishes like Buns to Squeeze, a succulent chicken cutlet with cranberry and Brussels sprout slaw; Out of the Boxers, a falafel waffle with poached egg, tahini and bacon; and The Package, featuring pita-baked beef, egg salad, tomato coulis, and pickles. 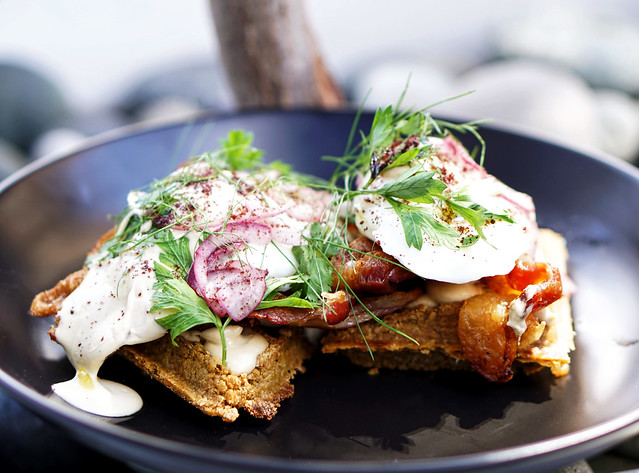 My Buns to Squeeze, which was essentially a chicken burger, was delightfully tasty, even if it got a bit soggy later. The fries were piping hot and salty; just perfect. The rest of the table agreed—the food, just like the performance, was surprisingly great. Even the salads were crisp and refreshing.

After two hours of bottomless drinks served by bottomless staff during a bottomless performance, we were quite the merry brunch squad. We might think about another performance coming up? There are plenty on the docket for The Green Room 42, though not all might be pants-less. Get more information here.

PS. The Skivvies are performing again – over brunch – on May 21. Get tickets here. Find more about them here.

The Bitches say: A. We were pleasantly surprised by the food and the performance.