On the UWS at the corner of 85th and Columbus sits The Consulate, founded by Metodija Mihajlov (who also opened Olio e Piu, a personal favorite). The menu rotates between different cuisines, but when I was invited to visit with my sister Emily this December, the brunch menu was French-American. 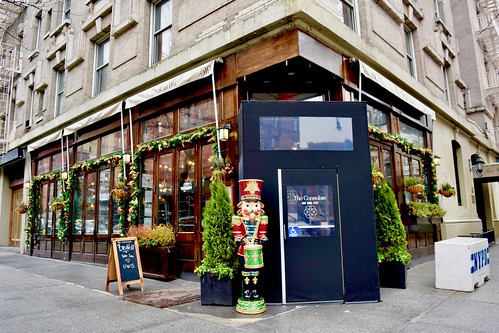 The restaurant has a classic New York feel to it, reminiscent of The Smith with leather banquettes, black and while tile floors, exposed brick, and plenty of plants and greenery. The tables are well-spaced and no one appeared to be crowded. It was also, to my pleasant surprise, decorated for the holidays! 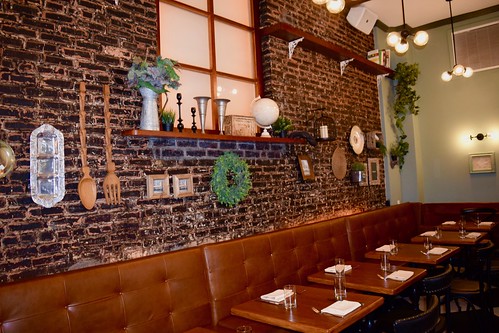 My sister and I began with a coffee (served with steamed milk!), and – though there wasn’t a specific brunch cocktail menu – the bartender had no problem whipping up a classic Bellini for Emily. I stayed on book and chose from their extensive cocktail menu, sampling the “rising sun.” In addition to being beautiful, my vodka cocktail was light, lemon-y, and refreshing – a perfect contrast to my coffee. 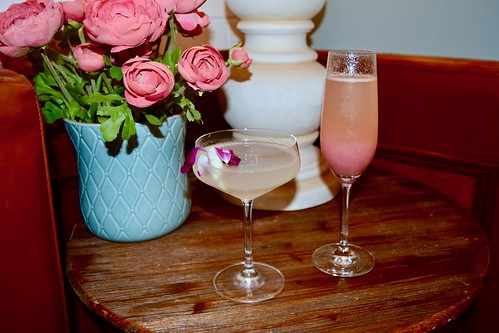 As an appetizer (again, there’s no separate section on the menu, but we made do), the waiter recommended the burrata and tomato salad, and it did not disappoint. My sister and I were originally skeptical that the burrata didn’t ooze when sliced, but the contrast of salty and sweet quickly changed our tunes. It was served with a balsamic reduction and strawberries and was so delicious and creamy it should have been a dessert. 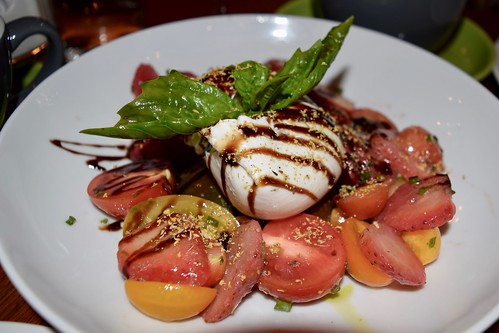 We also had a side of fingerling potatoes, which were well-roasted and all-around a bit heavy on the rosemary but still very good. They were a nice hearty contrast to the lighter salad app. 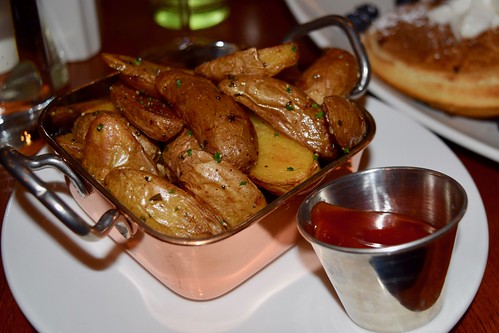 For an entrée, I ordered (as always) the pancakes. At The Consulate, they serve blueberry cast iron pancakes with Vermont organic maple syrup and whipped creme fraiche. They had a cake-y consistency that I really enjoyed, with a slight crumble to them. Thankfully, the syrup and cream held everything together perfectly. These are definitely not the kind of pancakes you would make at home. 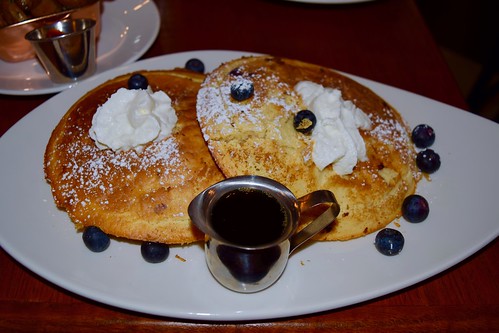 My sister ordered the Croque Monsieur, which we both agreed seemed more Italian than French. Perhaps it was because the ham felt closer to a pepperoni, but neither of us were complaining. The house-made Béchamel was creamy and not too overwhelming or soupy (a complaint I often have about these sandwiches). 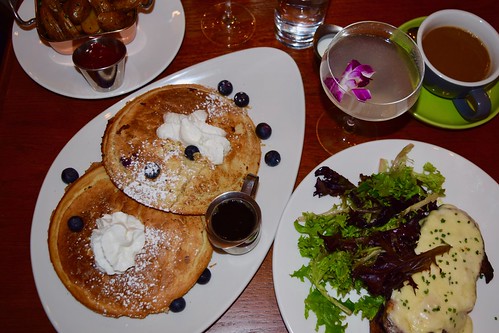 Overall, my sister and I both left full and satisfied, and we would be happy to return again for dinner.

The Consulate offers a chic and cozy atmosphere with classic dishes, perfect for impressing everyone from your boyfriend to your boss.
The Consulate serves brunch Saturday and Sunday, from 10 a.m. to 3:30 p.m.