Move over, Clarendon. Ballston is solidifying itself as Arlington’s hottest neighborhood with restaurants and attractions that rival some of your longtime favorites. In the last several months, the Bitches have visited some of the latest eateries to open in the area, and we were delighted when The Commentary gave us another reason to come back and visit their newly-opened establishment. 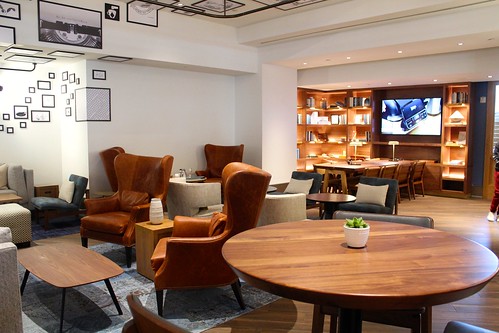 Whether you’re looking for a place to study or catch up with friends over a delicious meal, The Commentary fits any occasion. On one end of the venue, you can find plush and library-like quarters. On the other end is a dining area perfect for both large and small crowds. After taking a brief tour, my friend Marco and I couldn’t wait to see if the menu lived up to the decor. 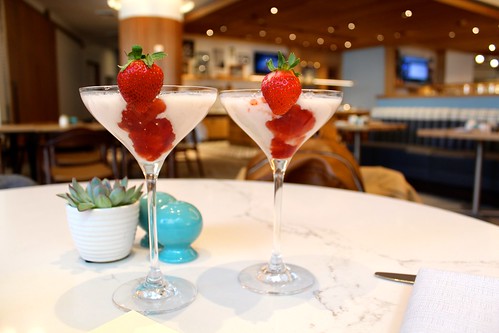 Between our host Sophie, our server, and the general manager, everyone swore we had to start with the “peanut butter and jealous” cocktails. We ordered those and were blown away visually before even taking a sip. The strawberry compote rests so easily against the glass, and the pale pink hue was deceiving: you would have no idea this was a peanut butter cocktail! It was delightful and frothy. It had all the flavors of your favorite childhood snack with some adult spirits. 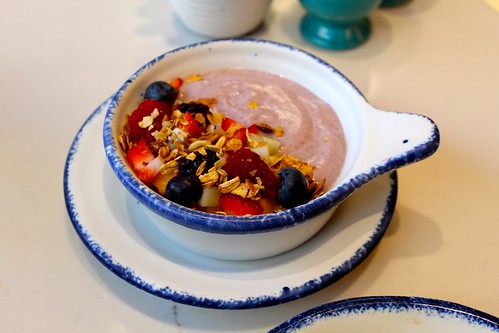 Marco and I opted to start with the açaí bowl. Fresh fruit, seasonal berries, and granola seemed like a wholesome way to start our afternoon. Everything blended well, although I wish I could taste more of the açaí and less of the yogurt. It was there, but it wasn’t the first thing that hit your tongue. 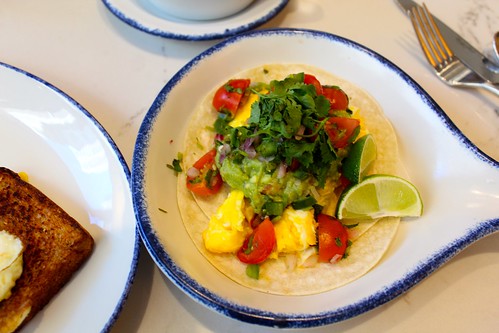 As for our main dish, I selected the huevos rancheros and Marco went with the egg-in-a-hole. There was a generous helping of house-made guac on top. My sole complaint was the portion size. As you can see it was tiny, and I could have easily polished off another helping. 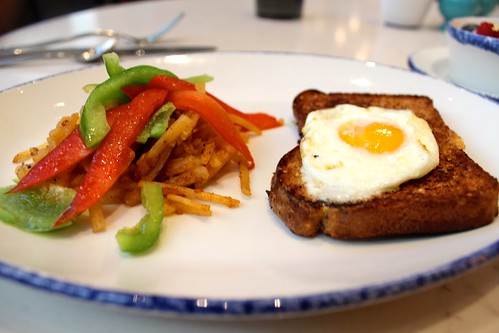 Marco was satisfied with his egg-in-a-hole, although the peppers needed to be cooked more. The potatoes were a bit bland – something like a caramelized onion might have helped. The egg, however, was perfect. 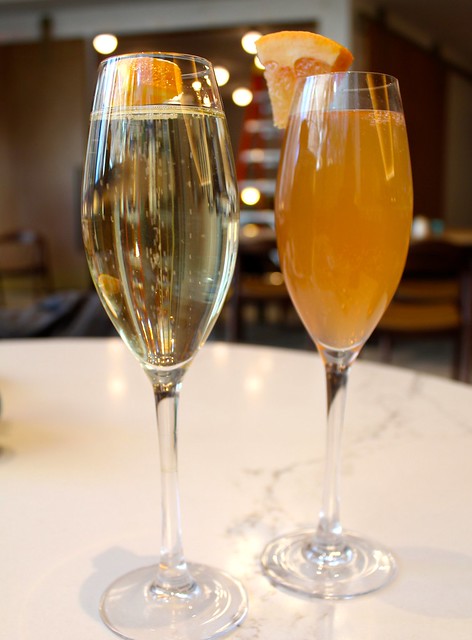 We were ready to try a classic brunch cocktail, so we opted for a traditional mimosa and a mango one. Despite what the hues may suggest, both had equal servings of juice and Champagne. They were crisp, fresh, and bursting with flavor. 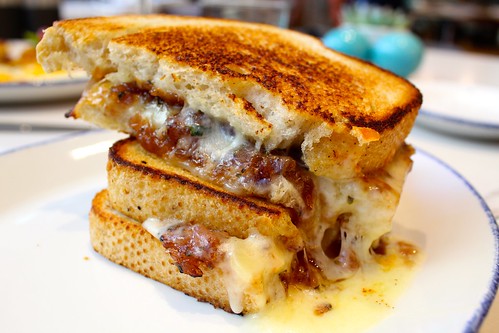 We decided to split an order of the cheese toastie and the blueberry big stack. The melted white cheddar, Gruyère, and muenster cheeses with onion marmalade on artisan sourdough bread proved divine. The marmalade brought the right amount of sweetness, but you could also taste each type of cheese distinctly. Not exactly your average brunch order, but the perfect way to satisfy your savory and sweet cravings at the same time. 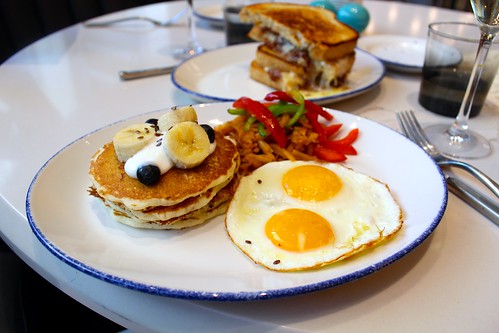 We had no complaints about the big stack, except for its name. We were expecting a rather large stack of flapjacks, but were sorely misled on the portions. The coconut topping was supreme. It was tangy, light, and naturally sweet. The flavor balance was so precise that we didn’t want to ruin the stack with maple syrup.

The Commentary is unique, and our only complaint is portion size.