For those Sundays where brunch may fall a little early on the day’s schedule, and Sunday dinner a little too late, I present to you the Sunday Roast.

This is the latest offering of a storied inn in the West Village, a neighborhood long saturated with some of the city’s best dining options, and one of the most competitive in town.

Enter the Beatrice Inn. It offers not only a menu that delivers, but a rich history as a former New York hot spot, as this fun piece in New York Magazine attests. Where celebrities and artists used to convene after hours is now a charming underground haven for hearty, confident cuisine in the British tradition. 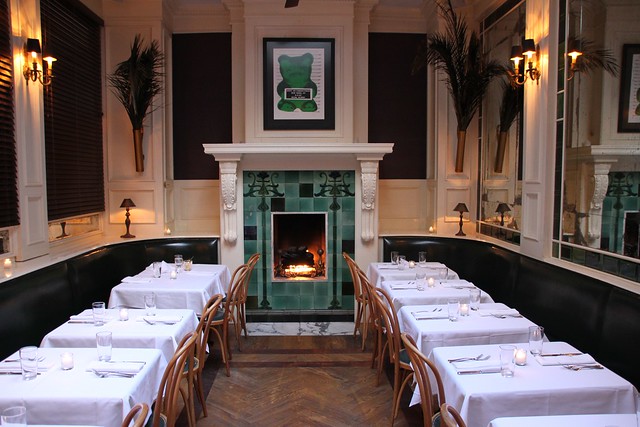 Following its nightclub years, its owner, Vanity Fair editor Graydon Carter, sold it to an innovative and upcoming chef named Angie Mar, who has made the dining experience what it is today. She also introduced a decidedly British twist on Sundays.

Sunday Roast originated in the United Kingdom (and across Europe) in the late 1700s, when families would gather for a large meal following church services, on the day when all manner of dairy and meat were fair game.

Critical components included the meat (placed in the oven before leaving for church) and a mix of vegetables. To which chef Mar has added a range of additional delights, including Yorkshire Pudding, which was the primary motivator for this British girl to seek it out.

I was born in England, and one of my fondest memories was my grandmother’s Yorkshire puddings with gravy. A flaky dough that puffs up in the oven, topped with savory meat gravy from the Sunday roast. Perfect for weekend winter afternoons. Chef Mar’s mother also grew up in England, which is her inspiration for this unique Sunday experience. 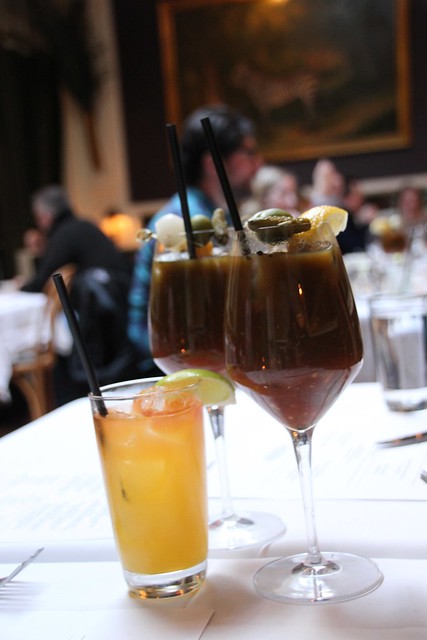 The space is reason alone to visit. Down the stairs from its crumbling but homey exterior on a quiet Village side street, the Beatrice Inn features a warm bar area, complete with fireplace, an adjoining elegant dining room, and its crowning feature: a conservatory in the back with an ornate glass ceiling and beautiful artwork, lined with palm trees that recall a bygone era. 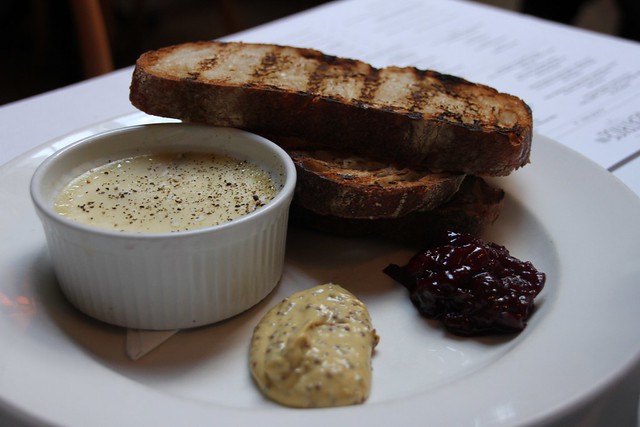 Cocktails were our first foray. The Bloody Mary features “duck stop,” adding a savory spin on a brunch classic. The Material Girl blends pisco and Amaro with grapefruit and cava to form a light and crisp finish. The After Dark uses pear, quinine and bitters to make a very drinkable day cocktail, and the Big Poppa features real gold flakes that leave the drinker’s lips shimmering like Cleopatra’s. 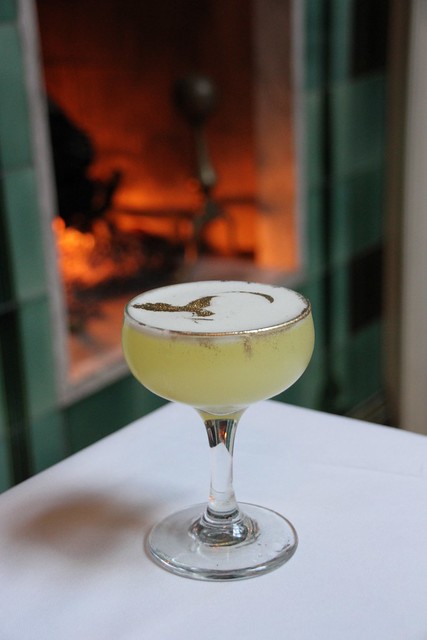 One of our favorite appetizers was the potted rabbit, a strong combination of cooked rabbit, cherry conserva, and tarragon mustard that makes a great marriage with a slice of crusty bread. The Scotch egg features lamb sausage surrounding a warm egg, and felt lighter and smoother than a typical Scotch egg. And the sticky buns—made with bourbon, hazelnuts and creme fraiche, crispy and decadent—are not to be missed. 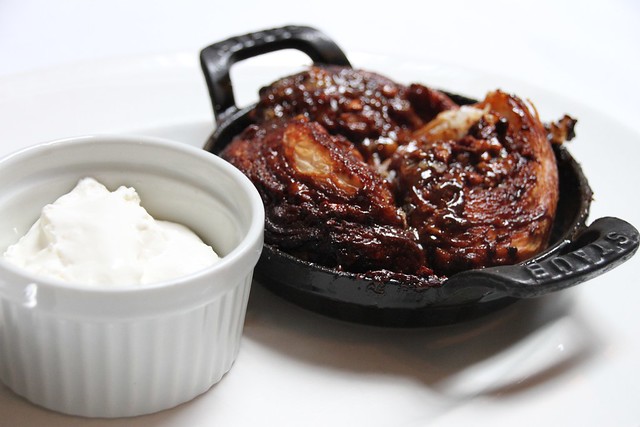 No English meal (somewhat) close to breakfast time would be complete without a traditional English Breakfast, and the Beatrice Inn’s take is called the Full English. It features slab bacon, black pudding, roasted tomato, mushroom marmalade and cannellini beans, but small portions of each, leaving us feeling full but not stuffed. 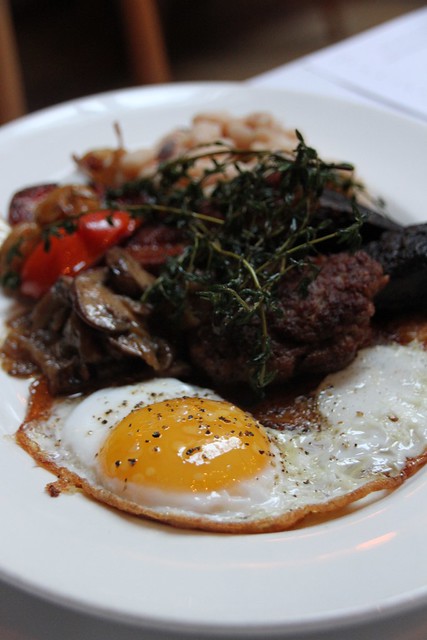 The crown jewel, of course, is the Roast, a kingly slab of prime rib served with bordelaise sauce and mashed potatoes. There are two sizes: normal human and King Henry VIII. We shared the roast and the Full English amongst three of us after the appetizer course, but a hungry diner could take the small roast on herself. Crispy with a salty char, medium rare and savory, the roast lived up to its name, and then some. 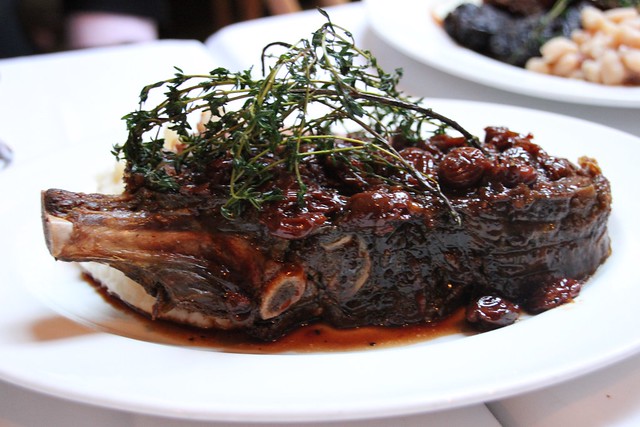 While these offerings delighted us, I was left wanting when the Yorkshire pudding came. As anyone who has tried to make it at home knows, it’s no easy task. Coaxing the pastry to fluff to the right level without collapsing is a chef’s business, and while the presentation was fine, the dough was on the firmer side, and it was served without the traditional gravy. This being my most anticipated course, I was disappointed—but the overall experience was still a pleasure.

For dessert, we opted bravely for the bone marrow brulee—creme brulee cooked in the hollow of a bone. Crisp, rich, salty, and smooth, it impressed us all. 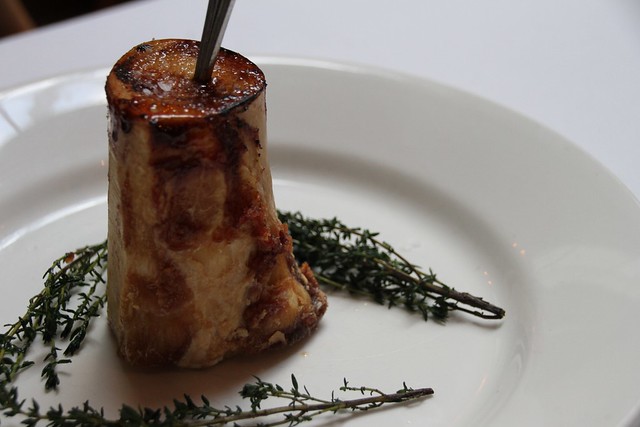 The prices are not for the faint of heart; this is definitely a special occasion kind of place. But when the occasion calls, the beautiful setting and the delicious and adventurous menu will not disappoint anyone looking to participate in this fine English tradition.

The Sunday Roast is only served on Sundays from 1 to 4 p.m.

One thought on “The Beatrice Inn Sunday Roast”