Taberna Del Alabardero wasn’t exactly on my radar before the press release about its new brunch menu landed in my inbox. After doing a little research, I learned that it has been a D.C. mainstay downtown for more than 25 years.

I was excited to experience old-school D.C., as the restaurant debuted its new brunch menu recently. My big brother was in town visiting and I was psyched to show him my life as a brunch blogger (he already knows I’m a Bitch).

As we entered I was immediately enamored with the vibe at Taberna. It has vibrant red walls covered with Spanish art, and black and white portraits. The space is filled with lots of leafy plants and cozy green booths. Make no mistake though, this is one of those old-school Spanish spots that you might expect to see a foreign dignitary enjoying a power lunch. 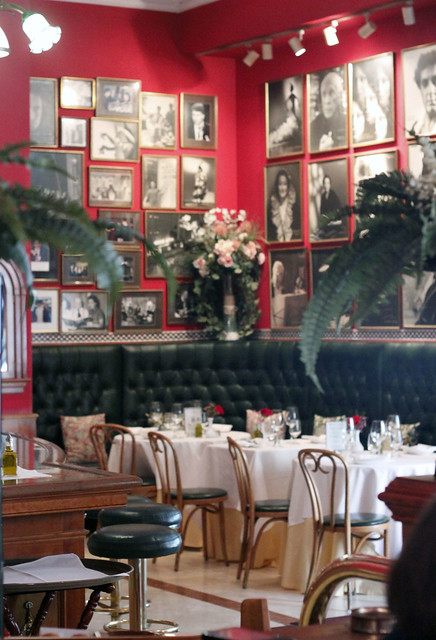 As it were, Drew and I were the youngest people there by far. That’s not necessarily a bad thing – just says something about the clientele that they cater to. There was a man playing la guitarra which added to the pleasant ambiance.

We had been invited in to try the prix fixe menu; a three-course brunch at $50 per person which includes a brunch cocktail, appetizer, entree, dessert, and coffee or tea. You can also opt for a Spanish brunch, which for $10 more gets you two tapas and paella.

Drew had the sangria, I had the Cava mimosa. Both were good, but nothing special. 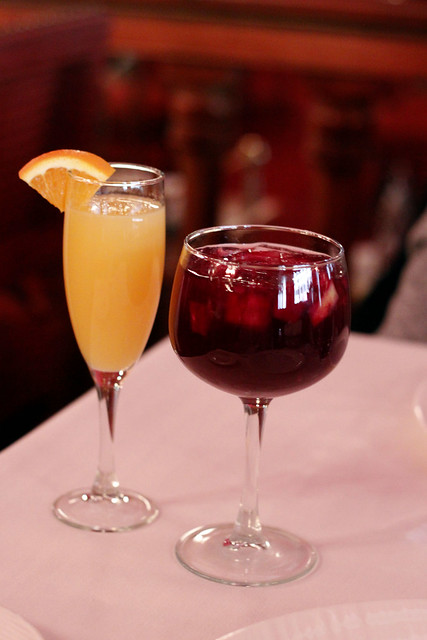 Because I’m a diva and I basically subsisted on croquetas when living in Madrid many moons ago, I substituted my appetizer for a starter of croquetas de jamon. These fried balls of potato and ham came in a cute mini fryer basket and were just as wonderful as any I’ve had in Spain.

Drew had the yogurt parfait, made with Greek yogurt, lemon curd, seasonal fruit salad, and pistachio granola. I thought it was too sweet, but he loved it. 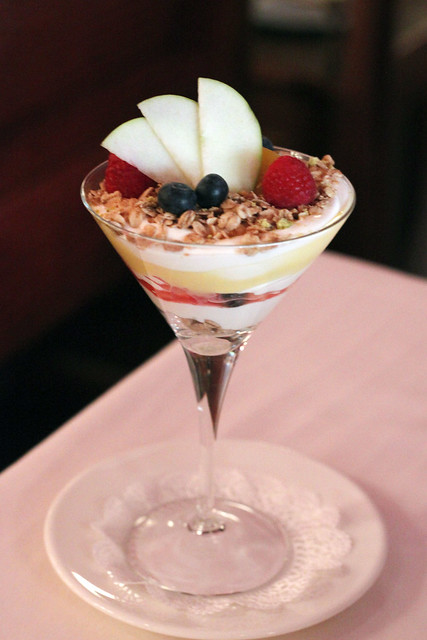 Looking over the entrée options, I was intrigued by one “recommended dish” on the menu, the waffle serranito. It was a fun Spanish brunch mash-up; basically a waffle sandwich stacked with serrano ham, manchego cheese, and padron pepper between savory waffle quarters. 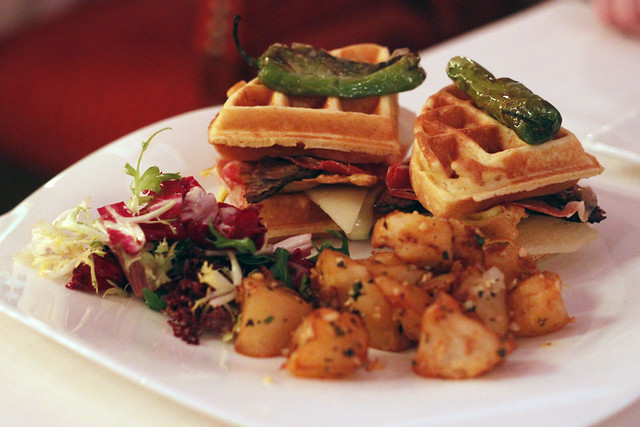 The waffles were perfectly cooked but the cheesiness of the batter overwhelmed the rest of the sandwich’s fillings, even with a tasty alli oli spread over the pockets. I appreciated the creativity of this dish, but it would have been better served open face.

We also tried the steak and eggs, which is honestly a tough dish to mess up. The roseda farm skirt steak was a bit skimpy in size, and was accompanied by just one sad, sunny side up egg. This was not as filling a portion as we’re used to in a steak and eggs entree. 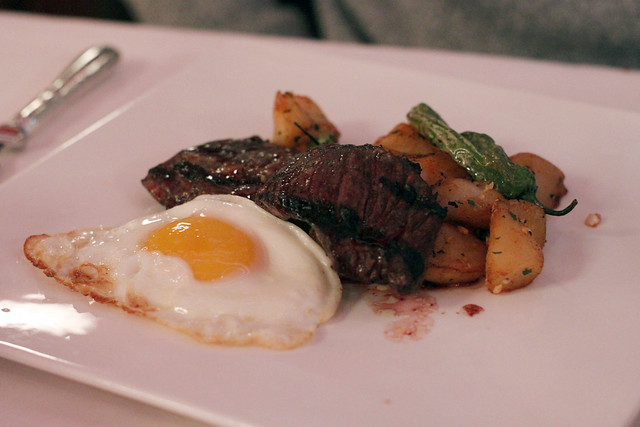 We are most disappointed, however, by the sides of Alabardero potatoes with padron peppers. I would have much preferred patatas bravas, or any version of homefries that were less mushy and had more flavor.

For dessert, we both went with churros with hot chocolate. They were delicious but the chocolate was not very warm. Still, it was good for dipping and we enjoyed it nonetheless. 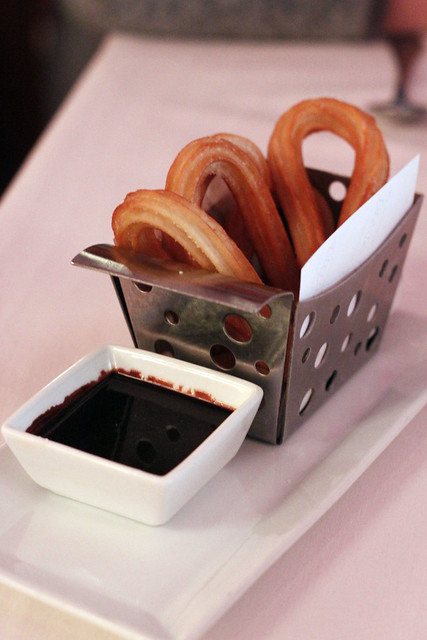 Our primary complaint was how incredibly slow the service was, even for a European restaurant. Our waiters seemed a little disorganized and flighty – we had to order tea three times before it arrived. Nobody offered to refill our cocktails either (and we would’ve gladly paid extra). We expected great service from this Old-World formal spot, so we felt let down.

The Bitches Say: C+. Taberna Del Alabardero is a very old-school type of brunch spot. It’s not the best Spanish restaurant in town, but a good place to bring your European grandparents to make them feel at home.