SoHo is the quintessential brunch neighborhood. It’s perfect for an all-day affair. Grabbing your girls for a yummy meal and hitting up boutiques housing every trendy fashion piece imaginable is our idea of an ideal weekend afternoon.

Spring and Varick’s website was a bit deceiving at first glance. Although technically still in the SoHo neighborhood, I circled the area just west of some of my favorite shops for a solid 15 minutes before realizing Spring and Varick is actually the restaurant within the Dominick hotel.

Once my friend Chelsea and I found the place, we were impressed by its vast space and neat artwork. However, we were the only patrons of the restaurant until a couple of barstools filled up with hotel guests toward the end of our meal. 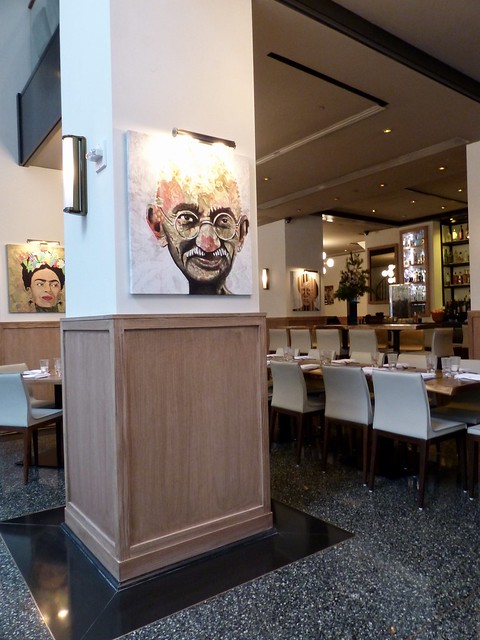 Speaking of bar, Chels and I both needed to retox our hangovers, so we scoured the cocktail menu. I got a Moscow mule, my mom’s favorite cocktail. Not only did the delicious vodka and ginger beer warm my homesick heart, but it came garnished with candied ginger (yum). Chelsea went for one of the restaurant’s signatures, the Butterfly Cocktail, a mix of Absolut Elyx Vodka, Lillet Blanc, jasmine, and orange blossom. She had to slip slowly due to the high vodka content but raved about its fresh, floral hints. 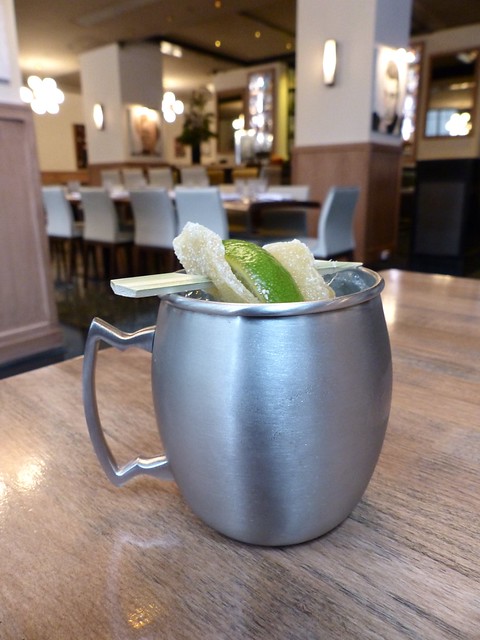 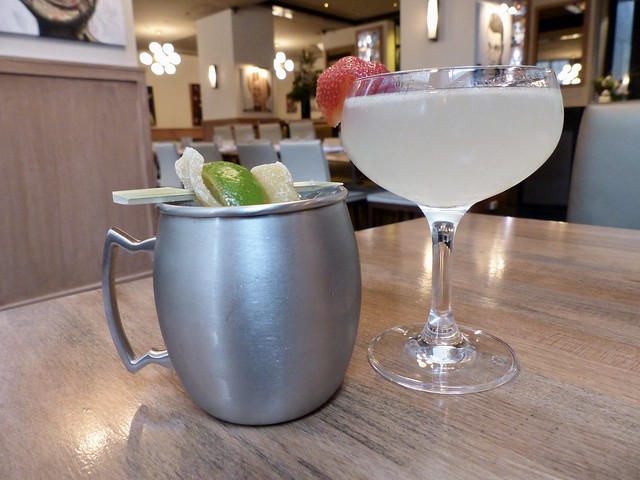 One thing that was apparent after peeking at Spring and Varick’s Instagram account was that we had to order the tuna tartare. It looked simply gorgeous with its clean layers and quail egg topping. The great news was that the appetizer tasted as good as it looks. Avocado mousse provided the perfect smooth texture and lemony tang to the diced tuna, crunchy kohlrabi salad, and tasty curry aioli. 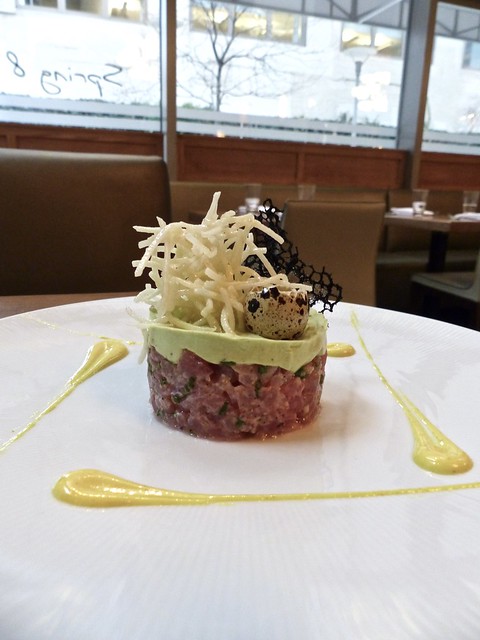 We were onto the entrees. This was the portion of the meal that I felt was a bit lacking. Chelsea opted for the lobster roll with a side of four-cheese mac and cheese. She liked the side dish—obviously, it’s really hard not to enjoy mac and cheese—and was pleasantly surprised by the chef’s choice of large shell pasta. 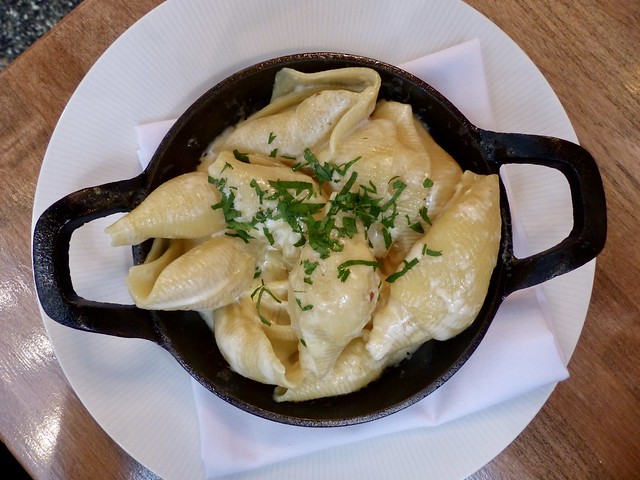 Unfortunately, the lobster roll was forgettable. The traditional but itsy bitsy brioche bun was lined with a romaine cup filled with the lobster salad. Not only could the lobster use a bit more seasoning, but the little hunk of meat immediately popped out of the lettuce cup and rolled onto the table upon first bite. 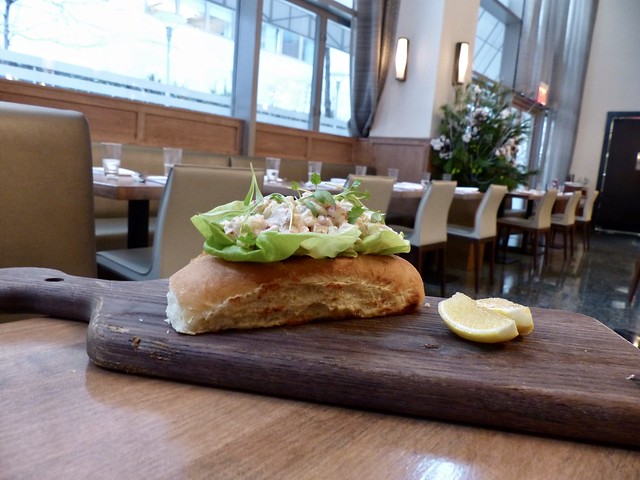 I went the chicken salad sandwich—not something I would typically order, but it caught my attention for whatever reason this afternoon. Served on a wood cutting board, the thick slices of focaccia were filled with tomato, romaine, and chunky chicken salad. The filling was a bit dry, but it seems like the chef knew this because the dish was served with adorable miniature jars of dijon mustard, mayo, and ketchup—you know the ones you can only find on a hotel room service cart. I crunched on the bread for a few moments before forking the chicken salad, which became ideal for Chelsea and I’s two-hour chit-chat. 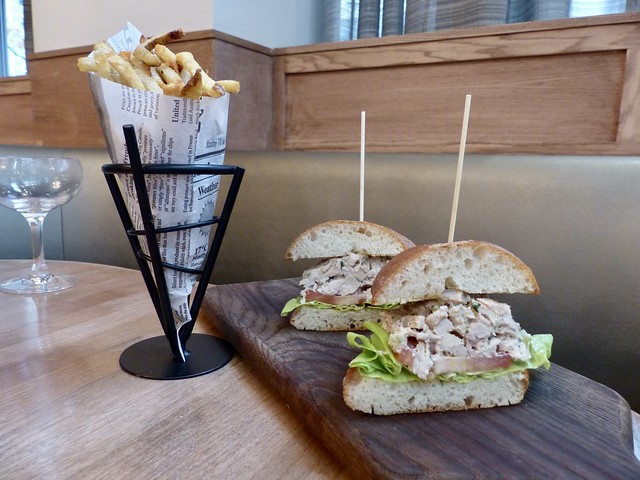 To note, the Bitches were invited in before the brunch menu was finalized. Most of our selects are available for brunch at Spring and Varick, but we wish we would’ve been able to get a preview taste of the rosewater French toast and matcha pancakes. Let us know what you think when you head over to SoHo for brunch!

The Bitches say: B. Although the brunch menu items are inventive and tasty at Spring and Varick, the service and presentation have yet to break through the hotel restaurant stigma.

Spring and Varick serves brunch on Saturdays and Sundays from 11:30 a.m. to 4 p.m.