You know the ol’ state motto, Virginia is for (brunch) lovers. We love zipping down to Richmond from Washington, D.C. It’s a quick day or weekend trip to a welcoming city full of interesting artists, hipster breweries and yummy food. (Read our full Richmond city guide, here.) 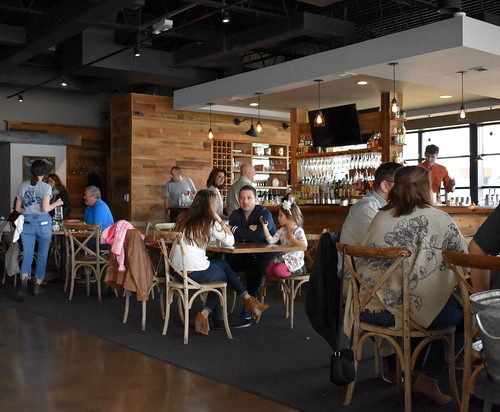 A friend recommended Southbound, a chef-driven and family-friendly spot in Bon Air. Upon arrival we immediately embraced the casual, friendly vibes and admired the beautiful bridge mural by a local artist on the wall. Our server was congenial and happy to recommend plates to share.

He informed us that the breads and bacon are made in house, so you know they’re good. And as he read off the daily specials, he mentioned a cinnamon bun which we immediately placed an order for. 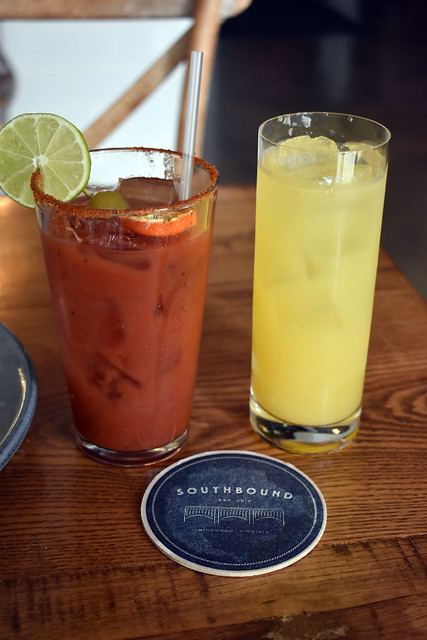 After a round of mimosas and Bloody Marys, as well as lots of water and coffee, we could really settle in. I realized after a little while how odd it was to be served a mimosa with a straw, in a tall Collins-like glass. The straw isn’t really a useful tool for a Champagne-based drink, which suggested to me that these were pre-made mixes, and low on bubbly. A taste test confirmed my theory. The Bloody hit the spot, however. 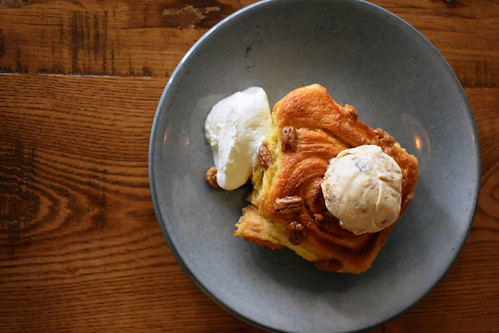 The cinnamon bun was utterly delectable. This soft bun was perfectly doughy in the middle and lightly crusted on the outside. It was topped with pecans and was perfectly sweet without being cloying. The accompanying whipped cream and praline ice cream were perfect additions for this sweet dish. We devoured it. 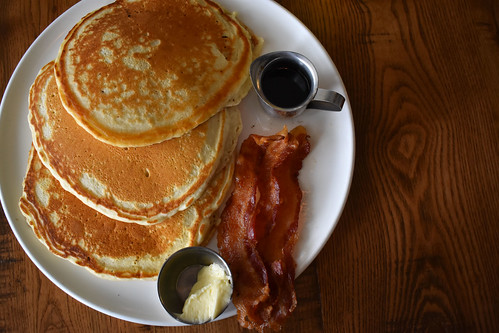 I ventured outside my usual order to try the pancakes and bacon. I was in dire need of carbs and you can tell the quality of a place by how it works the classics, right? Well these three massive pancakes came with a side of perfect bacon. The pancakes were well-cooked, but probably could have used some sort of topping; maple syrup wasn’t quite cutting it for me. The bacon, however, was fantastic. 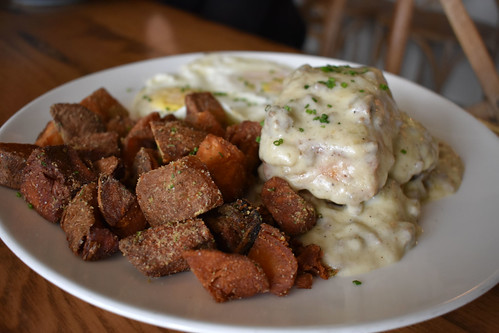 The Bon Air Beast is a heaping delicious mess composed of a sausage patty on an egg and cheese biscuit, and topped with sausage gravy. Mix that sausage gravy in with the side of fried potatoes and two fried eggs, and you’ve got yourself an awfully hearty dish. 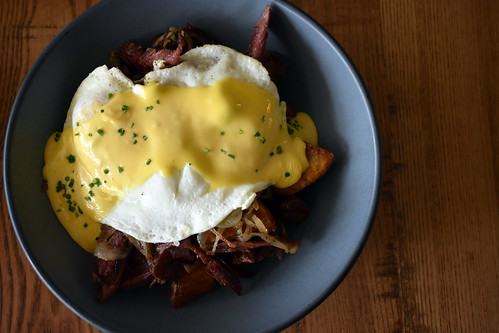 Southbound offers both a meat-based and veggie-based hash of the day. The meat that Sunday was corned beef, with added eggs your way (fried for us), caramelized onions, potatoes, and Hollandaise. Holy wow, this was hands down the best hash I’ve ever had. Every single bite packed so much rich flavor.

The chef also sent out a sausage and egg breakfast pizza. This dish is not on the menu, but I’m pretty convinced it needs to be added. The same rich sausage from the Bon Air Beast added lots of flavor, as did the extra cheeses. 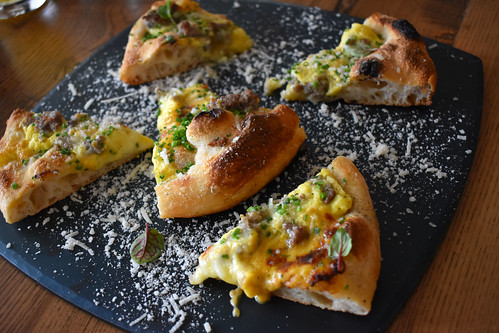