It was another Sunday and therefore time for another adventure on H Street NE. Nestled between Red Rocks and Stable is Sospeso, a new Mediterranean restaurant. I was intrigued by Sospeso’s hours–it is open for breakfast everyday of the week and until midnight (and later on the weekends). I hoped I’d find a place I could hit up at any hour of the day.

It was clear from the moment we walked in that Sospeso was understaffed that morning. We only saw one bartender and one server the entire meal. It took almost ten minutes to seat us, despite having a reservation. Simply, there was no one available to bus and get a table ready for us.

As we waited, I was enamored with the wood tables, romantic painted tile bar, and sunny window seats. We could hear the jolly cheers of the group seated upstairs. Unfortunately, the back of the restaurant, where we sat, lacks the same aethestic. 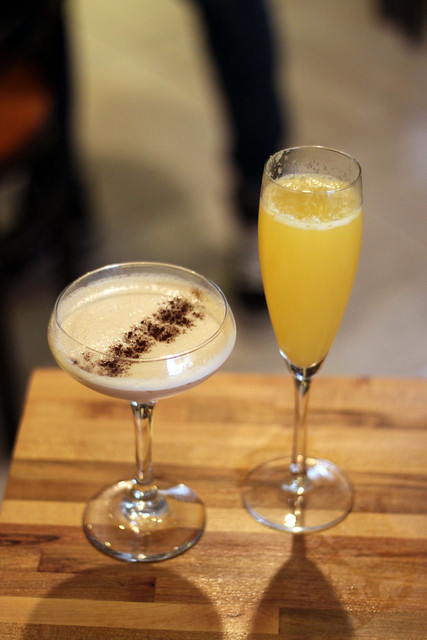 When we were seated, I immediately started with my favorite upper and downer combo of an iced chai and a mimosa. The chai on the menu is served hot but the staff was kind enough to oblige my request for a cold, caffeinated drink. It was just sweet enough and brought me back to life. The mimosa had a good ratio of OJ and champagne, which is key.

My brunch dates opted for a light, lavender soda and an Aslan Khavesi, made with vodka infused with Stumptown coffee, cream, and Yeni Raki. Talk about an iced coffee that will jolt you out of your seat. He enjoyed the morning buzz thoroughly.

Starting with the hummus seemed like an obvious way to test the authenticity of Sospeso’s Mediterranean influence so we ordered the appetizer with olive tapenade. This hand mixed chickpea puree, tahini, garlic, and lemon was still a little chunky, just the way I like it. It had a nice flavor with the olives but we worried that it be too bland without the added topping. To dip, we used a grilled pita and a boring ciabatta. The ciabatta was too dense and underbaked. 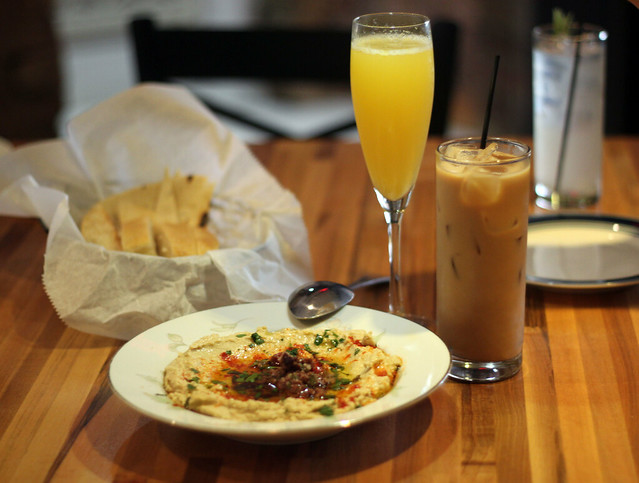 The shakshouka was a must order for me. The Moroccan spiced tomato stew was light, both physically and on spices. This might have been forgiven, but instead was made worse by the boring bread. The ciabatta needs olive oil, rosemary or something! I’m not sure if the bread is made in house, but DC has no shortage of fantastic bakers, so this was particularly disappointing. 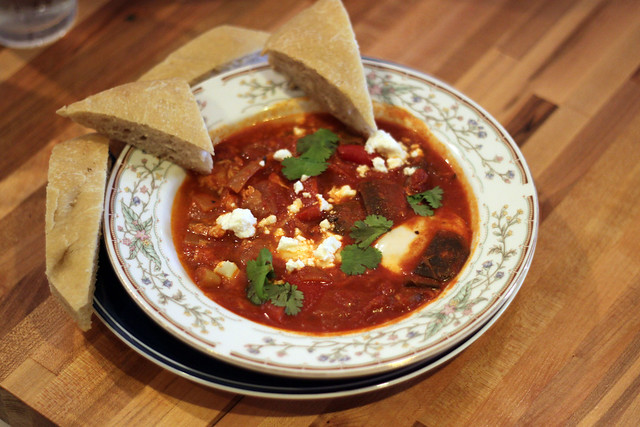 I don’t usually remark on omelets (it’s kind of hard to really mess one up), but the broccoli omelet was quite satisfying with its hearty mix of cheeses. The roasted fingerling potatoes were crisped to perfection and salty. I kept sneaking bites off my date’s plate. 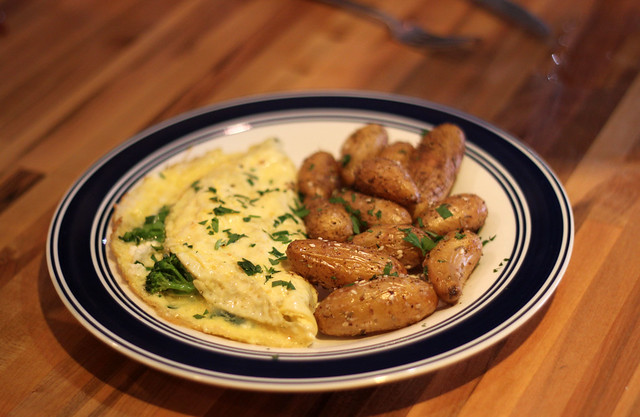 The highlight of the meal was the porchetta. This classic roasted pork sandwich was topped with salsa verde, cracklins, and pickled veggies.  We highly recommend adding the pickles onto the stack. Bite after bite, it was gloriously oily, crunchy, and delicious. The lightly dressed side salad provided a nice acidic counterpoint. 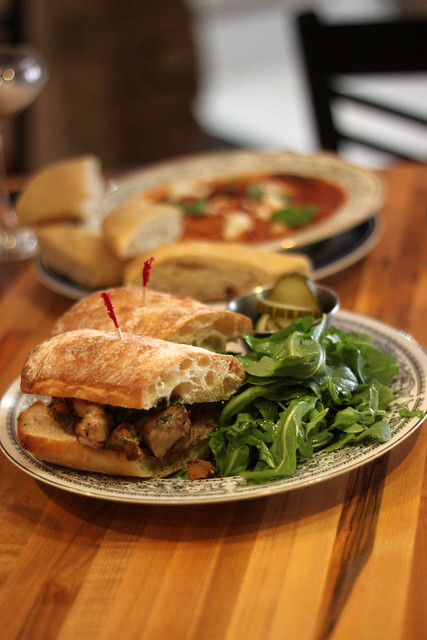 I think Sospeso has real potential, if it could make a few improvements; namely beefing up the staff and injecting some personality into the bread to start. However, the service was kind and the menu had a few hits, so we’ll be back to give it another shot.

The Bitches say: B. There is something special about Sospeso, but we couldn’t quite find it on our first visit. The porchetta and the drinks are worth trying.