Men’s Fashion Week madness was kicking off, the weather was a complete downpour and my Outlook calendar was triple booked. It was one of those weeks.

I was thrilled with Gaby, a publicist I was working with on a new project, suggested a morning breakfast meeting at a beautiful refuge right in my neighborhood, The Soho Grand Hotel. I warned her that I was bringing my camera, but it was par for the course as her job is managing social media influencers, one of which was Eric, joining us for brunch as well. 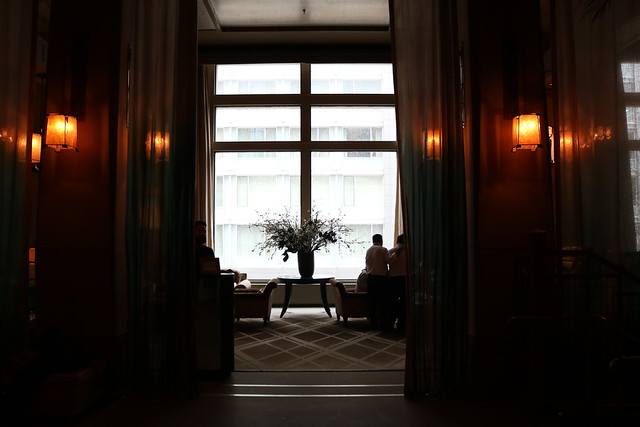 Hotel meals can be a little hit or miss, but the Soho Grand has top-notch reputation and an elegant ambiance to match. It’s fancy without being stuffy, and the restaurant and bar on the second story makes you feel right at home. Floor to ceiling windows, broken in couches, and statement light fixtures give the eatery a cozy living room feel, if you happened to be a professional athlete or a Real Housewife.

Although Gaby and Eric were feeling a little sluggish from NYFW afterparties and were tempted by the cocktail menu, we stuck with coffee—it was a Tuesday morning after all. The coffee was strong and the refills came quickly, so I was a happy camper. 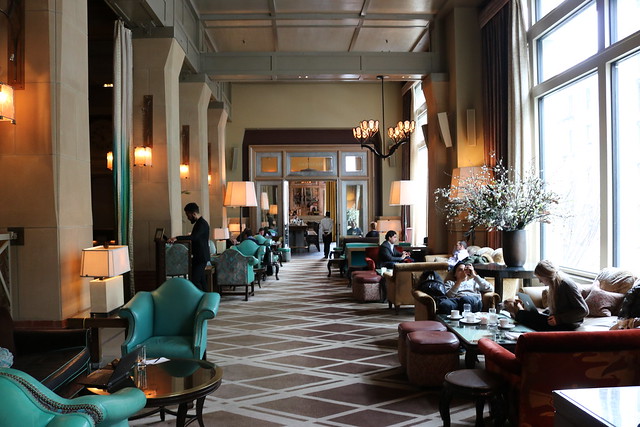 In between catching up and talking business, we surveyed the menu, which featured upscale takes on classic American brunch dishes like omelets, pancake, and French toast. 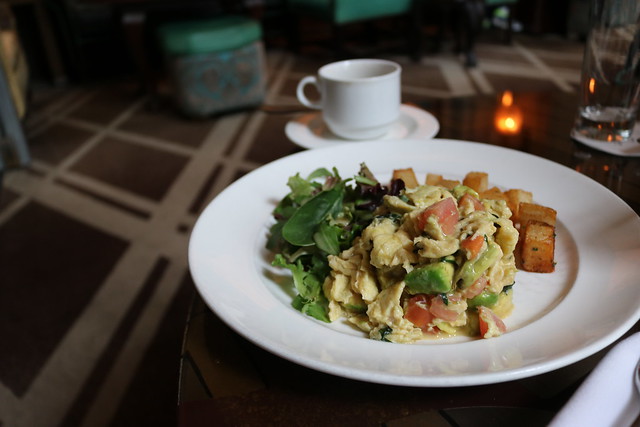 After much debate, I ordered the egg scramble with avocados, tomatoes, and spinach. My eggs were presented beautifully in a spherical stack and I loved getting an ample serving of veggies and protein first thing in the morning. The side of home fries were well seasoned and slightly crispy, just how I like them. 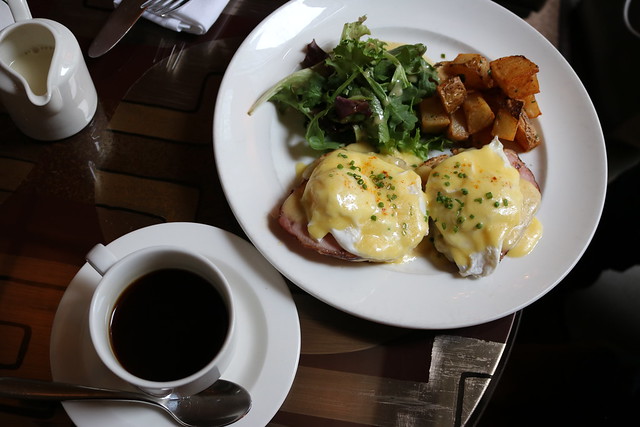 Eric went with the eggs Benedict to sop up his lingering hangover. This dish was served classically including Canadian bacon, Hollandaise, and a toasted English muffin. He remarked that the eggs were poached perfectly and the Hollandaise didn’t drown out the eggs, so he had no critiques. Like me, he was a big fan of the home fries. 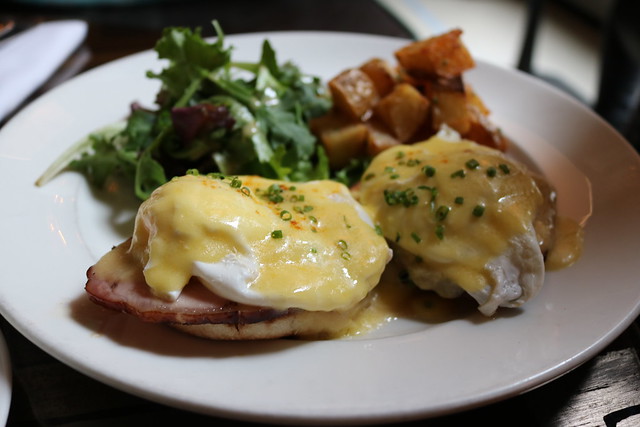 Gaby took the healthy high road and ordered yogurt with fruit. It was light and refreshing, and she appreciated premium berries like raspberries and blueberries included in the dish. It’s always a bummer when you’re presented with mediocre morning fruit like melon and grapes. 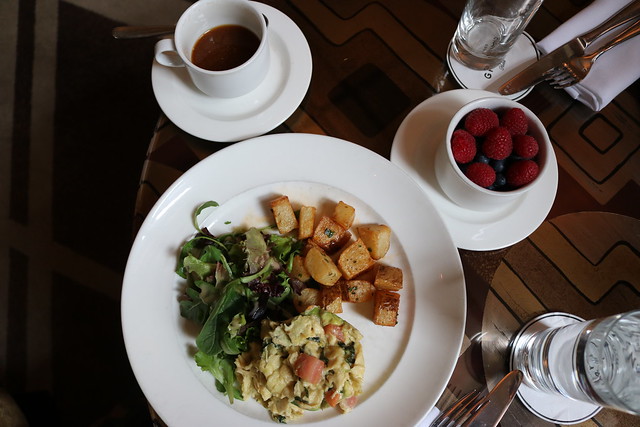 After we polished off our plates, we reluctantly finished our latest round of bottomless coffee, dreading heading back out in the gloomy rain. The ever-polite servers at the Soho Grand never rushed us out as we savored the final sips of our mugs. 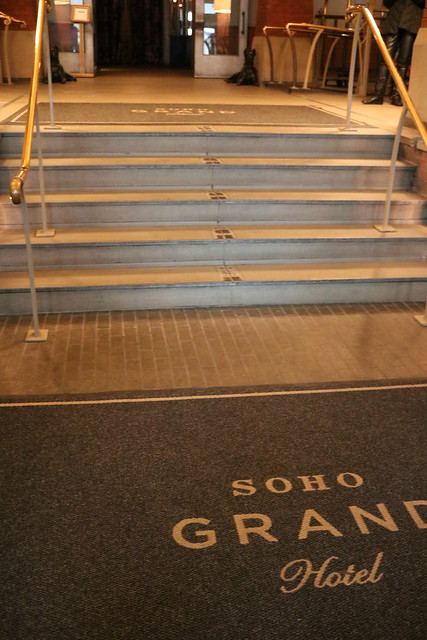 The Bitches say: Five flutes. A great spot for morning meetings and weekday brunching when trying to impress a client or colleague. The food was well-executed and the ambiance was enjoyable.