On a rainy Sunday, I dragged my boyfriend Tommy out to Williamsburg for brunch at Silver Light Tavern, the newest project for owner (and our host) Mike Krawiec. Krawiec previously launched two of Astoria’s most beloved bars: The Bonnie and Sweet Afton. After taking a year off to travel, he returned to New York and combined the ground floors of two adjacent buildings into one unique space. And in January of 2019, Silver Light Tavern was born. 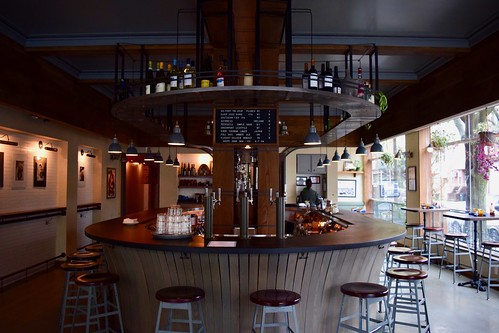 Silver Light Tavern has a large front room featuring a U-shaped bar that occupies the majority of the space. The dark but inviting decor feels a bit like you’re in the belly of a very cool ship, a notion then offset by a host of hanging plants. The back room boasts a smaller bar, sometimes with live music, which can be rented out for private events. But when the music isn’t live, Silver Light has a killer playlist. We dined to a mix of everything from Bob Dylan to Jimi Hendrix to Kurt Vile. Even our waitress was singing along. 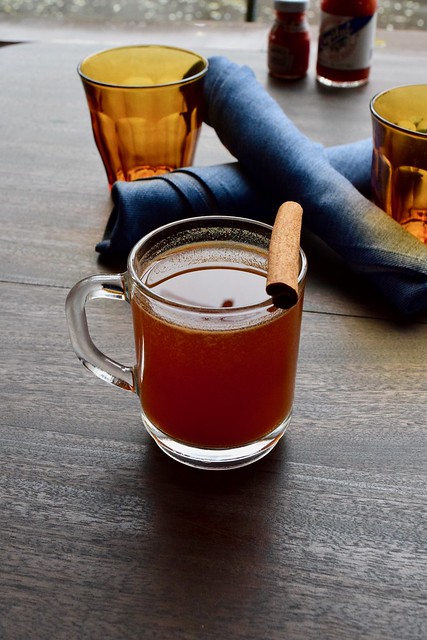 Given Krawiec’s history on the bar scene, it was no surprise that the menu featured plenty of handcrafted cocktails. My boyfriend opted for the classic mimosa – a generous pour of Champagne mixed with fresh-squeezed orange juice. Given the dreary weather, I had to get a hot Hudson cider. My photog senses started tingling when the drink arrived with a small cinnamon stick perched on the edge. The cider was warm and well-spiced and I wasn’t overwhelmed by the whiskey – a cocktail trifecta. Tommy and I both got the sense that if you weren’t careful, you could easily find yourself tipsy after two of these cocktails. 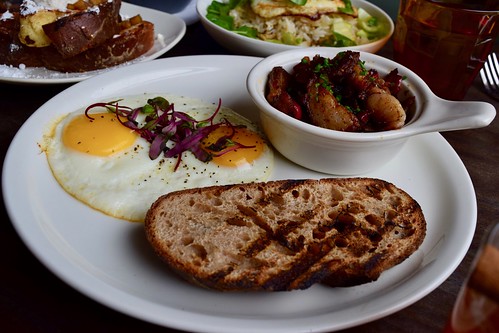 And then came the food. Tommy ordered the lamb rib hash, which was so crispy and perfectly fatty, a great contrast to the soft peppers and onions and fingerling potatoes. It came served with two fried eggs, but next to the star-of-the-show lamb I honestly forgot about them. This is the kind of meal that can only be described as hearty. 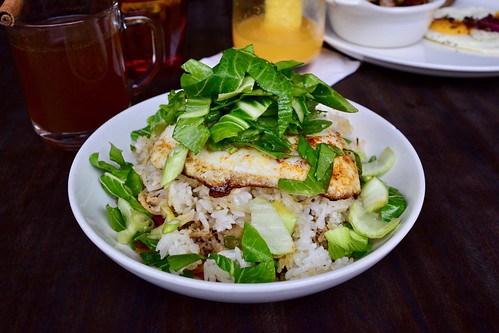 I opted for the breakfast fried rice, something tremendously unique! It came with melt-in-your-mouth pulled pork atop a pineapple slaw that, happily, wasn’t too intensely fruity. The rice was crisped to perfection, and topped with a fried egg. I admit I promptly ignored the lettuce, as I was too busy rooting around the dish for more crispy rice. 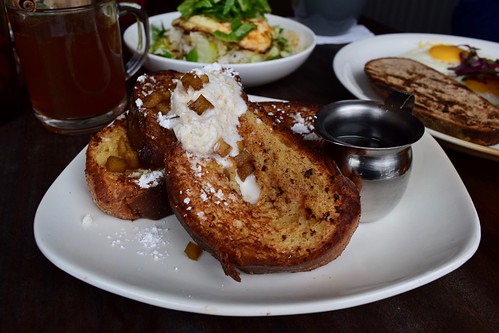 To balance out our savory dishes, we ordered the spiced French toast. This came with ginger apple syrup and cinnamon whipped cream (which was clearly homemade). There were also spiced apples on top, a nice nod to the season. French toast isn’t my favorite breakfast dish, but the bread was crispy on the edges and gooey in the middle, so really what more could you want? If you’re brunching with a friend, I would recommend that someone order this sweet French toast, and someone else can balance it out by ordering a savory dish. Everybody wins! 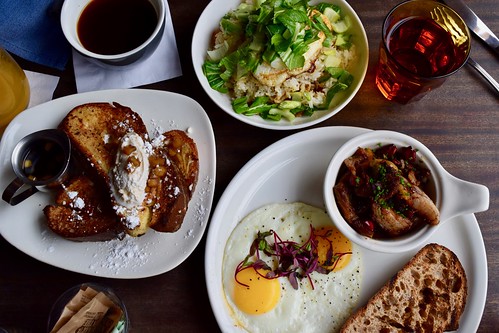 All in all, the visit was perfect – from the friendly staff (even the chef popped by to say hello), to the good music, to the fresh take on classic brunch food. As we left, my boyfriend turned to me and said “if you don’t give them five flutes, I’m re-writing your article.”