The completely nonexistent hurricane over Labor Day subverted our plans to take a boat to Nantucket, so we joined the city stragglers in an attempt to make our stranded weekend just as entertaining. 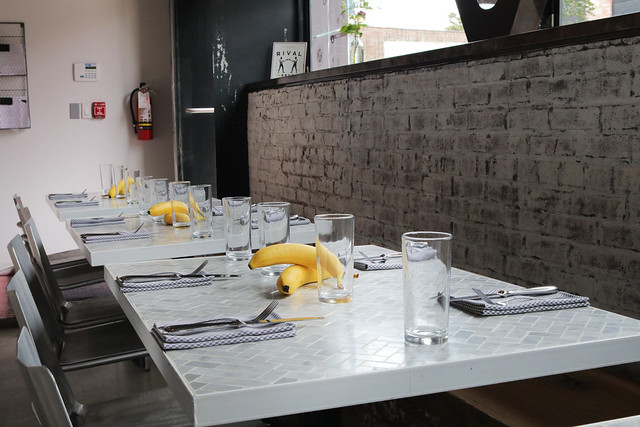 On Saturday, after finishing another brutally long marathon-training run, we went out to Williamsburg for a change of pace. I was so looking forward to relaxing on the beach, and Brooklyn is the closest city suburb I can get to a “NYC break.” We strolled into Rider, which was as deserted as the empty streets outside. 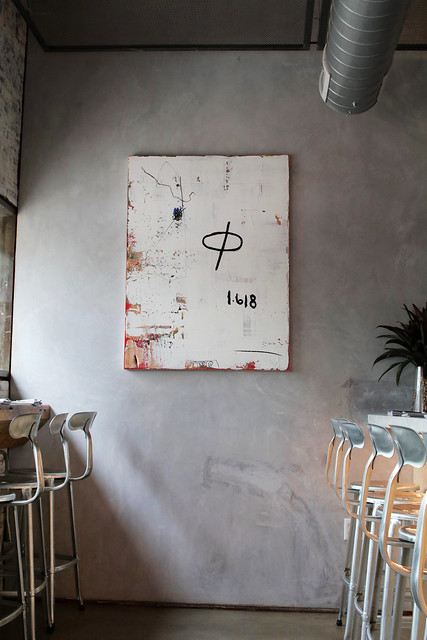 There’s been a lot of buzz about Rider recently, so I didn’t judge by the lack of crowd. I did judge (in a good way) by the cool banana centerpieces. There was a few moments of debate about whether Paul could eat the centerpiece. They remained intact, much to his dismay.

Rider was very interesting aesthetically. It’s housed in an old sawdust mill, and the downstairs space is long and narrow. They’ve done good things to brighten it up with neat light fixtures, steel grey accents, and striking art. The upstairs was much darker, and would be a perfect setting for a more intimate dinner. I prefer my brunch to be flooded with light, so I was pleased with our spot. 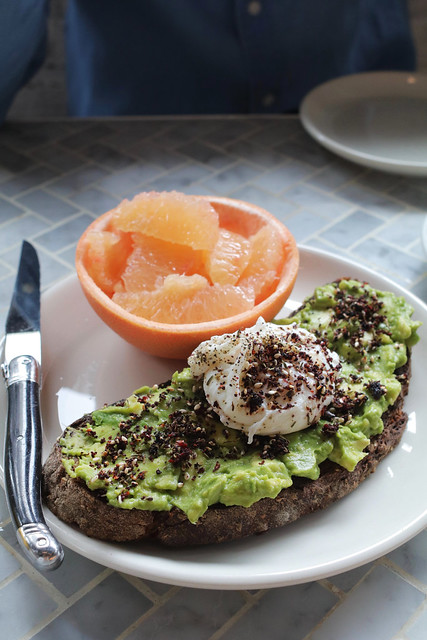 We started with the avocado toast with poached egg, za’tar, and grapefruit. 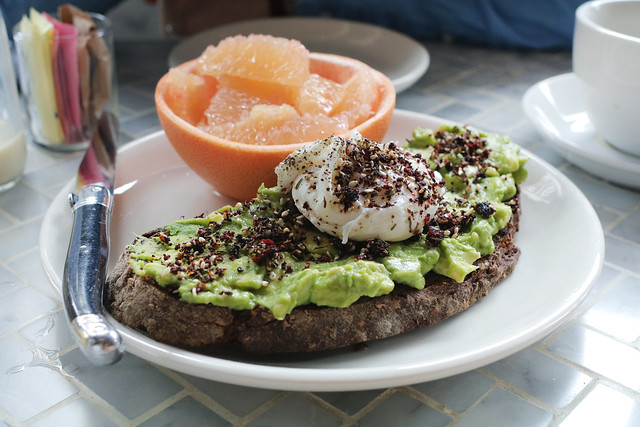 The grapefruit was an interesting addition. I personally didn’t love it served with the avo toast, but I enjoyed nibbling on it while Paul snacked on the starter. The zesty sauce was a nice addition to the avocado toast, and the portion was perfect for sharing. 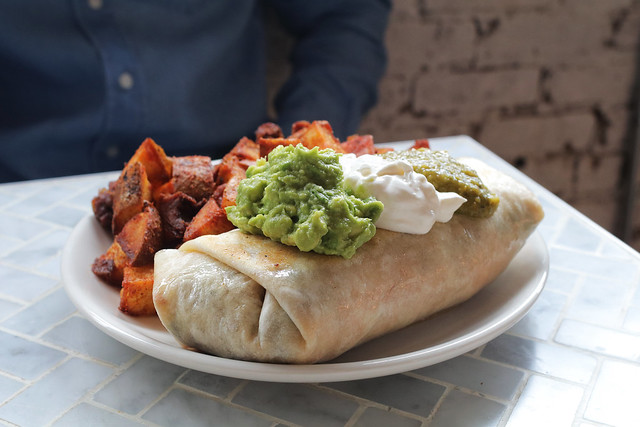 Paul ordered the big baby donkey for his starter, very appropriately named, as this monster of a brekkie burrito is filled to the brim with scrambled eggs, chorizo, black beans, avocado, cabbage, green chile, and sour cream. He was “grossly” full when he finished, which caused us to walk all over Williamsburg for the rest of the day.

He loved the side of potatoes, but didn’t love that he was digging around in the burrito to find the egg. It was very scrambled and pretty hidden among the copious amounts of other innards, which made this feel less like breakfast. 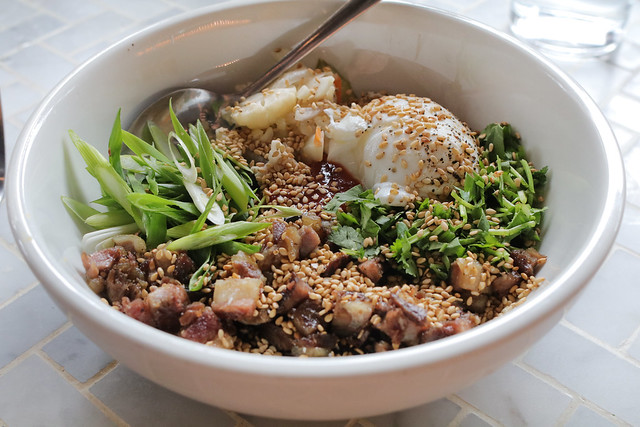 I ordered “the cure,” with crispy rice, duck confit, cilantro, hoisin, sriracha, and a poached egg. The waiter described it as “pretty much all of the things I always crave in one bowl,” and I was sold. 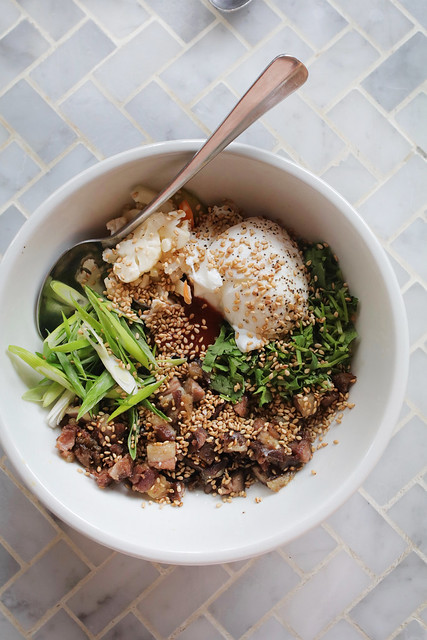 This isn’t something I’d normally order, but I was craving hearty and had to couple that with a gluten-free restriction. This bowl was packed with flavor and I’ve never had anything like it. Crunch met sweet met spice met delicious, runny egg, and each bite was more complex than the next. This wasn’t your average breakfast bowl, and I won’t forget it. 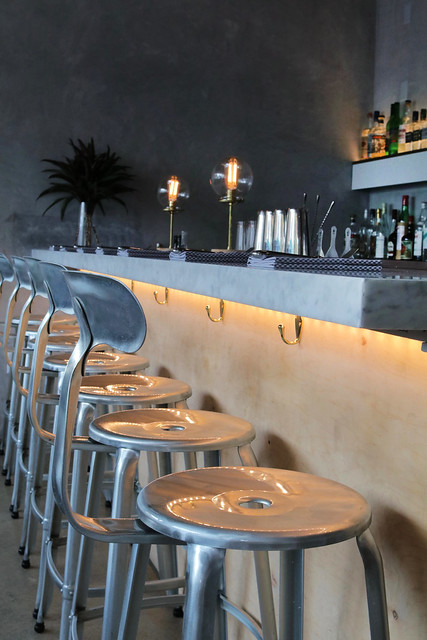 With a very hearty burrito to walk off and more Brooklyn coffee shops to explore, we ventured out into the very quiet Williamsburg streets to continue our day.

The Bitches say: B+. Head to Rider for one of my favorite breakfast bowls this year, and some other unique brunch options. This is a good, trendy Williamsburg go-to.