Hungover and in need of a greasy meal, we stumbled into Red Apron Burger Bar, located in the former GBD Doughnuts space in Dupont.

From the Red Apron Butcher family, this burger joint has a hip, casual vibe that’s perfect for a lazy weekend meal. The counter service leans into it with plastic silverware, paper napkins, and bottles of hot sauce on the table. This is definitely the type of spot you can roll up to after a late night when you’re licking your wounds. 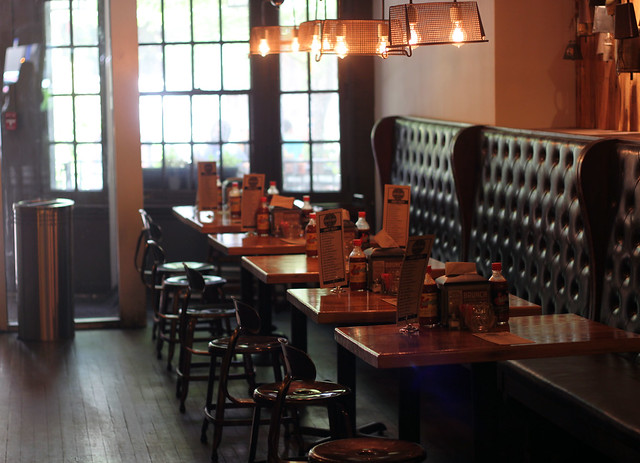 I was grateful for that on this particular Saturday morning, as hair and makeup simply were not going to happen. In need of a little hair of the dog, I was intrigued by the house-made punches. They rotate four spiked punches that go great with burgers. After a solid recommendation, I went with the tequila and Mezcal concoction. Akin to a Jalisco Barbie, this punch tasted like a watermelon Jolly Rancher with a Jalapeño after taste. It was strong and really woke me up. 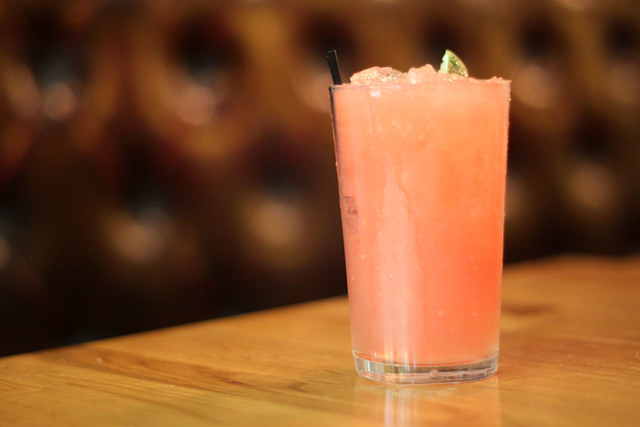 After some deliberation, we decided to shoot for some of the most interesting items on the menu, starting with the pancake burger. Yup, it’s an angus patty (made with Red Apron’s signature locally-sourced beef) topped with a fried egg, bacon, white American cheese, and Maple butter, sandwiched between pancakes. I’ll admit, we were skeptical of the combination, but the sweetness of the pancake balanced out well with the umami of the burger. 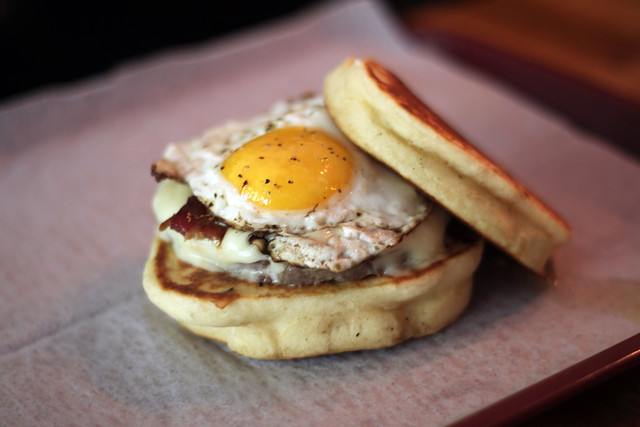 If the burger scares you, you can also order the sammy with breakfast sausage instead, but I highly recommend branching out for this one. My brunch date proclaimed it “the rich man’s McGriddle,” which is an apt comparison.

Next up was the fried egg BLT. It was a classic breakfast BLT, but with ranch mayo. The bread was heavy and the ranch mayo quite runny, but if you don’t mind the mess (and you shouldn’t, given the lunch tray it’s served on) it’s quite filling and delicious. 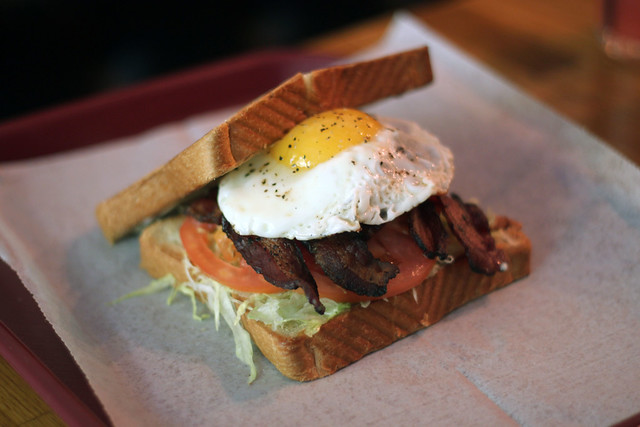 Our last entree was the fried chicken, served open-faced on French toast with a fried egg on a on top. Drizzle the Maple hot sauce on top of this moist chicken and relish in each savory bite. The sweet toast gives an added oomph that your typical chicken and waffles dish may lack. We had no trouble putting away this dish. 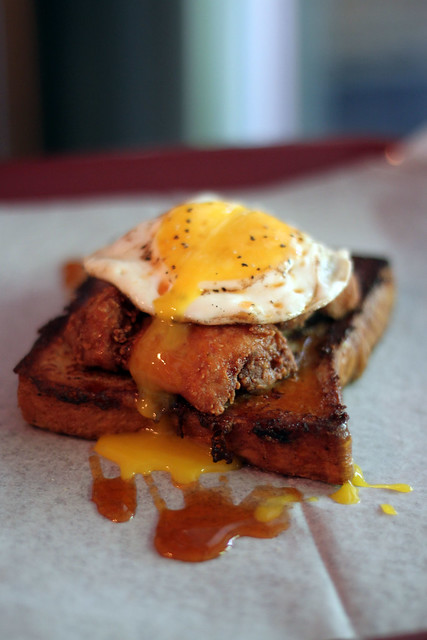 In between entrees, we noshed on French fries with garlic and rosemary. At first, I was disappointed by the lack of ketchup, but after a few bites it was clear you didn’t need it. The fries were just that good. 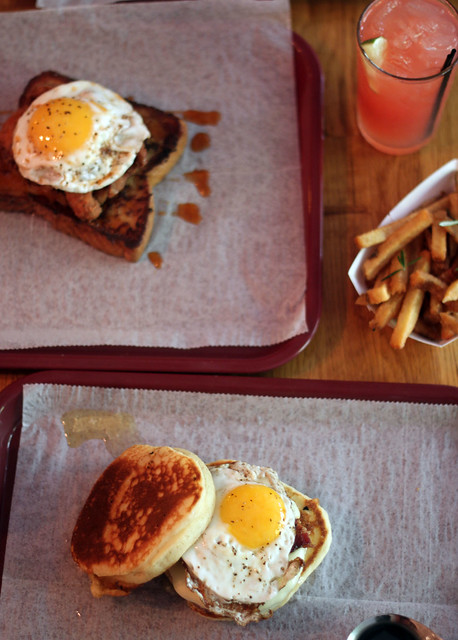 We finished off the meal with a beer float. The kitchen was whipping up a milkshake with a porter off its rotating beer list. It was a bit strong for my liking, but I’ll certainly be back to try one of the many draft beers.

The Bitches say: A-. With an emphasis on local meats and fresh craft beers, Red Apron Burger Bar does a solid burger brunch. The “come as you are” vibes make it a strong contender for Best Hangover Brunch of 2017.