Ask a millennial what they know about the Upper East Side, and you’ll probably get a canned answer about Gossip Girl and the ladies of Constance Billard.

Though the bedazzled headbands, multicolored tights, and endless drama of Blair Waldorf and her minions certainly made for good TV, in real life, the UES is a lot less sparkly and a lot more predictable—which brings us to TBar Steak & Lounge. Billed as a “new spin on the classic steak house,” TBar makes up for its lack of trendiness with recognizable dishes done well.

When Becca, Cori Sue, Ann Louise, and I dined at TBar on a recent Tuesday night, I was surprised to find the place so busy. We were seated at a table toward the back of the restaurant where we were able to look out and observe the scene—lots of couples of a certain age and plenty of businessmen. 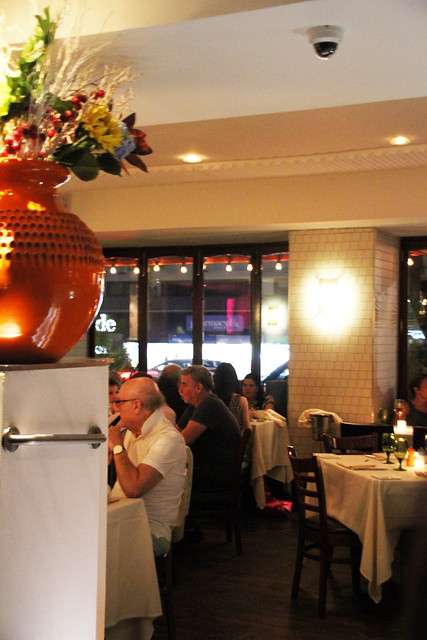 The décor wouldn’t be out of place in a hotel lobby. The soft, dim light did manage to make the place look inviting and warm, however. I’m willing to bet many of the couples and groups we saw that night were regulars—predictable hospitality for the win—even if it did make the ambiance a bit less exciting than we would have liked. 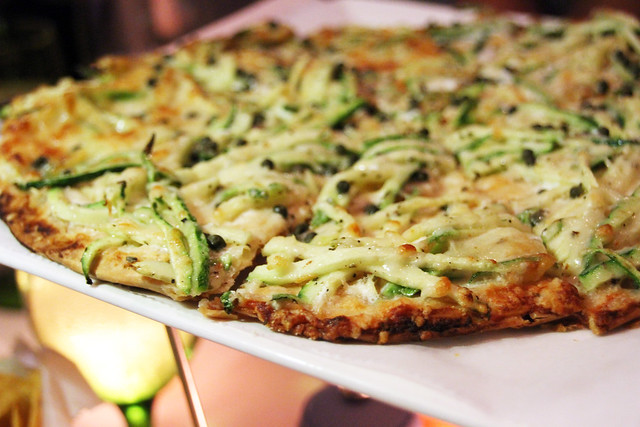 After we’d all arrived, the attentive wait staff immediately took our drink orders—three Sancerres please—and began to shower us with appetizers. There was hardly enough room on the table to fit the guacamole, zucchini carpaccio, vegetable rolls, seared Spanish octopus, and zucchini pizza. 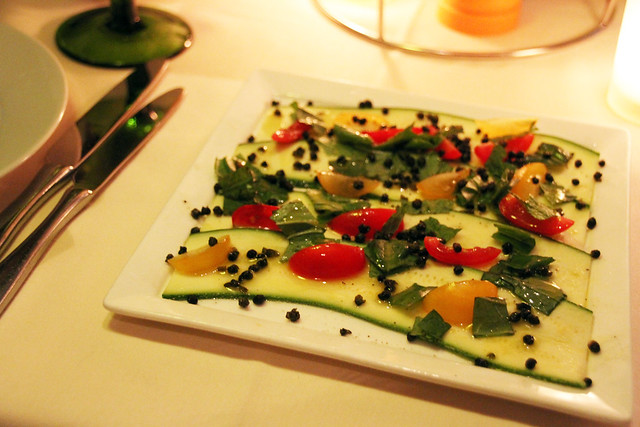 In retrospect, the Mexican-, Italian-, and Asian-inspired dishes don’t seem cohesive at all, but in the moment, we dug in with abandon. The pizza was unusual for an appetizer, but the zucchini-caper combo atop it turned out to incredibly delicious, and I wish I’d eaten more of it. 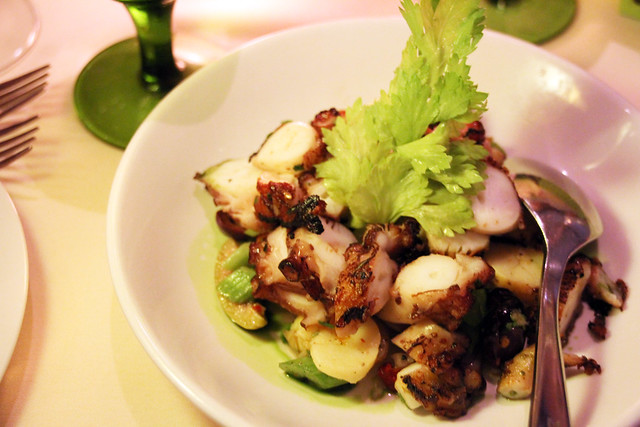 The girls really loved the fresh and flavorful octopus, and we all enjoyed the zucchini carpaccio—the mint was an unexpected but welcome touch that paired really well with the capers and tomatoes. The vegetable rolls didn’t merit much comment from anyone, but the guacamole was classic and tasty, if a little heavy on the lime. 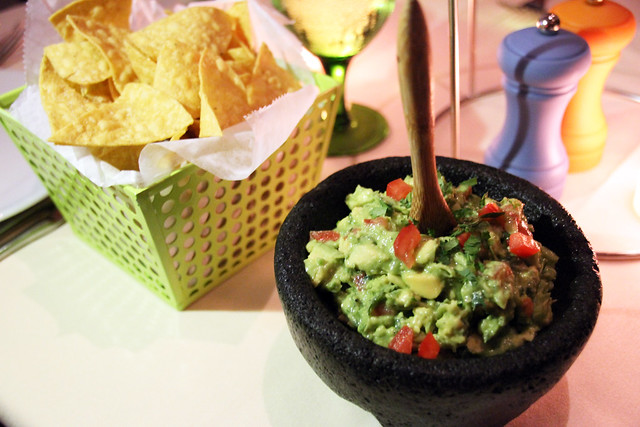 For all our appetizer diversity, the four of us chose the same entrée: filet mignons all around. To complement our flight of filets, we chose the Brussels sprouts, haricots verts, and French fries—because balance, people! 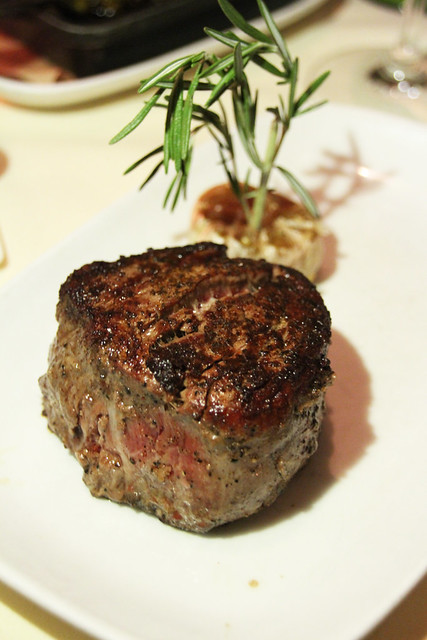 The entrées and sides arrived swiftly, and I began to load my plate. My steak (the only one ordered medium) was closer to medium-well, but I enjoyed its seasoning and light dusting of finishing salt (always a plus). Everyone else’s medium-rare filets seemed to be to their liking. 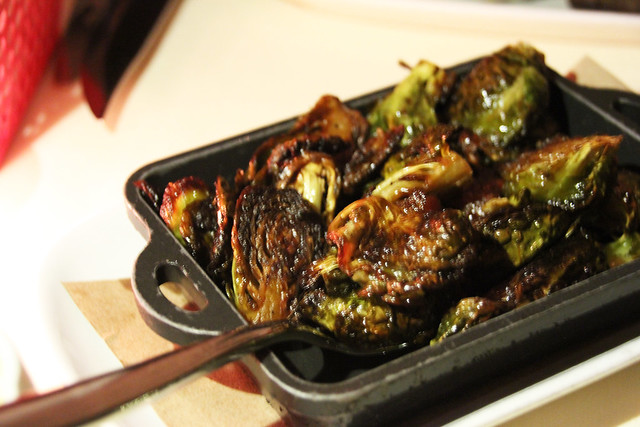 We all oohed and aahed over the classic Brussels sprouts–and-bacon pairing—that dish can never go wrong—and the green beans were a very nice light accompaniment to counter the other savory elements of the dinner. A skinny French fry lover, I was happy with the state of these crisp and classic frites. 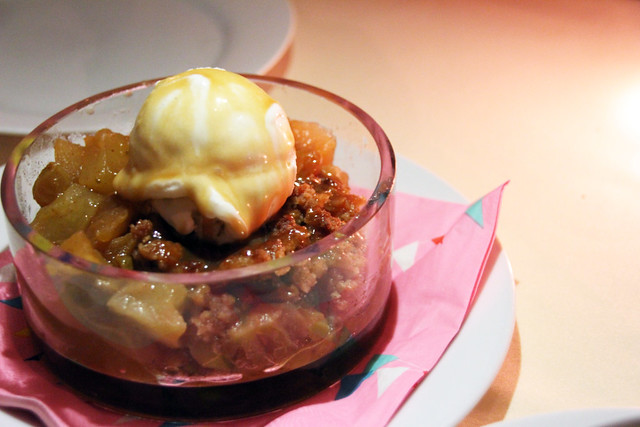 Somehow we managed to eat all of that and still order dessert: a warm apple crisp and a banana parfait, which was the clear table favorite. I don’t even like bananas, but I went in for multiple bites. That’s saying something. 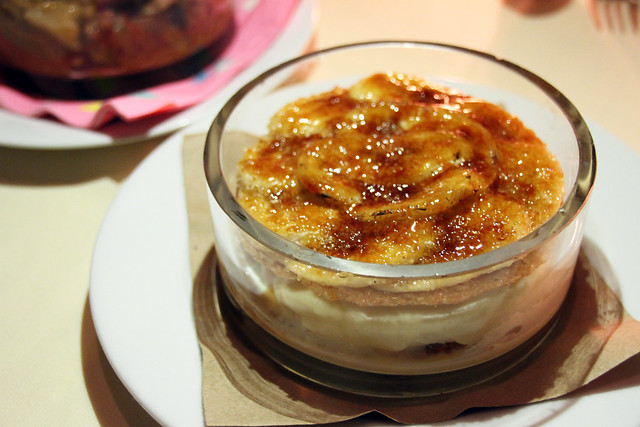 But what does it say about a steakhouse when the most exciting thing on the menu is a zucchini pizza and a banana dessert? We’re not sure, but you needn’t worry about it too much. You probably won’t leave with any new Instagram footage, but you’ll be satiated and satisfied. And for a Tuesday night, that’s all right with us. Thank you for having us, TBar Steak & Lounge!