Chicago might be cold, but the hearts of Chicagoans are as warm and friendly as they come. One of the things that struck me when I first accepted my Bitch title was the collaborative, inclusive nature of the blogging community in Chicago. There are no mean girls—just Bitches—and bloggers don’t view one another as competition but as friends, allies, and collaborators. People just want to help one another.

In November, I received an email from FitCity Blondes, a group of blondes (obviously) who run a lifestyle and fitness blog with contributors in San Francisco, New York, and Chicago. The ladies wanted to brunch, naturally, and I, of course, accepted and began the planning process. After throwing out several options, we all eventually decided on a tiny and trendy restaurant in Fulton Market: Publican Quality Meats. 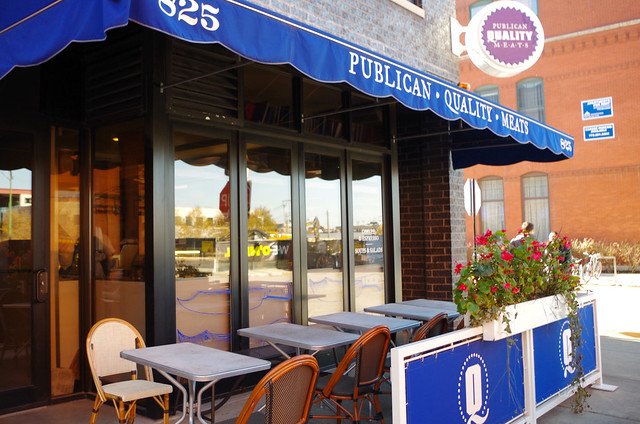 The Fulton Market District, formerly the meatpacking district of Chicago, is known for its tasty, hip restaurants and bars.

Publican Quality Meats (PQM) is a small, private dining room for the larger sister restaurant, The Publican. PQM also serves as the catering operation for The Publican and while it’s significantly smaller than the restaurant, the small dining room adds its own bit of charm and character. PQM also acts as a grocery, selling high quality meats, jams, and seasonal produce.

As you first enter PQM, you see the grocery aspect of the restaurant and then have to make your way farther back to find the dining area. The dining area has large communal tables, adding to the community feel of this quaint spot.

The space is sparsely decorated with white subway tile walls and a consistent blue-and-white color scheme, from the dishware to the napkins. During the warmer months, there’s outside seating, but being that it was November, our only option was indoor seating. 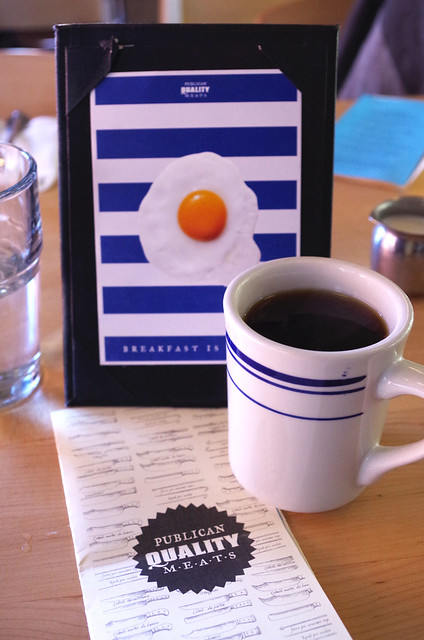 Once Christina and Jeannie arrived, we were promptly seated at the end of a communal table with other patrons. To my surprise, a hefty waitlist had formed while I was waiting. So I recommend you get there early with your entire party, as you won’t be seated unless everyone is there.

Our waitress came by several times and was prompt with menus, suggestions, and the specials PQM was offering. All three of us, being coffee ladies, opted for coffee. It was brought to us, hot and bold, with creamers on the side. 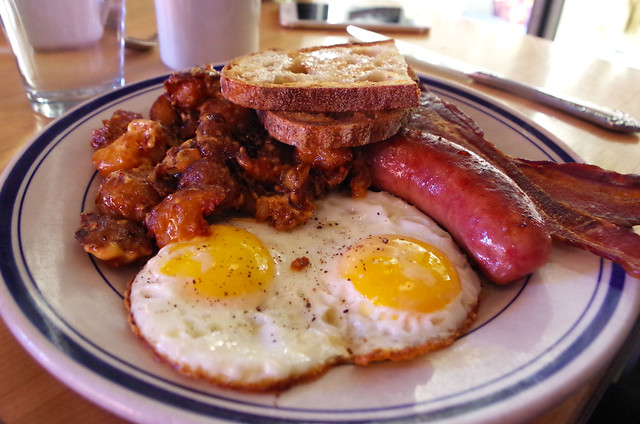 When it came to entrees, the FitCity Blondes went the high-protein route. Both Christina and Jeannie chose the Butcher’s Breakfast, which is a hefty plate of PQM bacon, breakfast sausage, potato, country bread, and two fried eggs. Basically, it’s all protein—perfect for their high intensity, muscle-building workouts. 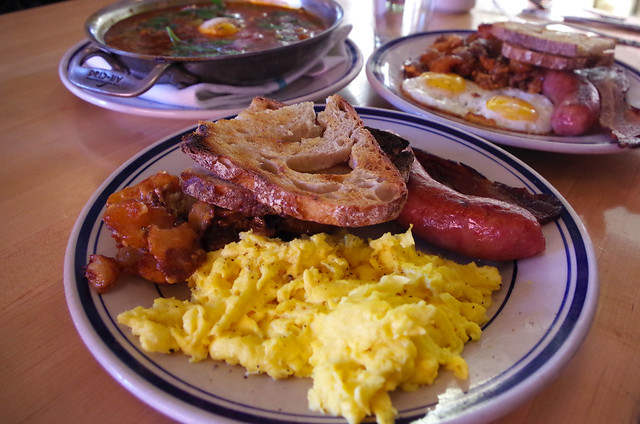 Both of the ladies loved this dish, and when I asked if they would get it again, they both responded with an enthusiastic “yes!” But, with so so many delicious options, they’d want to try other entrees as well. 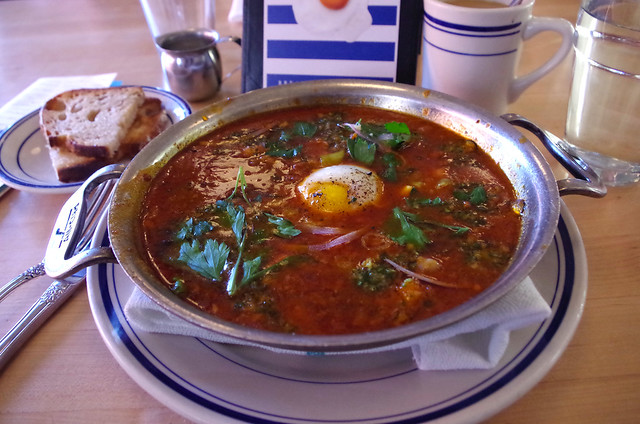 While this normally wouldn’t be on my radar for brunch, the seasonal chickpea stew sounded delicious. The stew consisted of chickpeas, herbs, salsa verde, and a poached egg in the middle, surrounded by beef ragu. This was amazing and I ate almost every bit of it! I was very impressed with the preparation and quality of this dish. While this chickpea stew wouldn’t normally be presented as a brunch option, I’m so glad I took the chance to try something new.

The Bitches say: A. While this place may not seem like your typical brunch spot, the quality of the food was top-notch. This would be a place to go time after time and know you’re going to be getting something new and fresh every time.