I love Capitol Hill, probably because it reminds me of Brooklyn. It’s quaint, family-friendly, and home to some of the best restaurants in the city. On the rare weekend we don’t have any plans, we’ll take our pup to Eastern Market and meander around the neighborhoods, house hunting from afar, no doubt with a cup of coffee in hand.

My husband, Gavin, and I were able to do this on a recent winter weekend. We had our pup in tow, so our eating options were limited. I often joke that having a dog and a baby (speculation, of course) is similar in many ways, but at least with a child, indoor dining is still on the table. 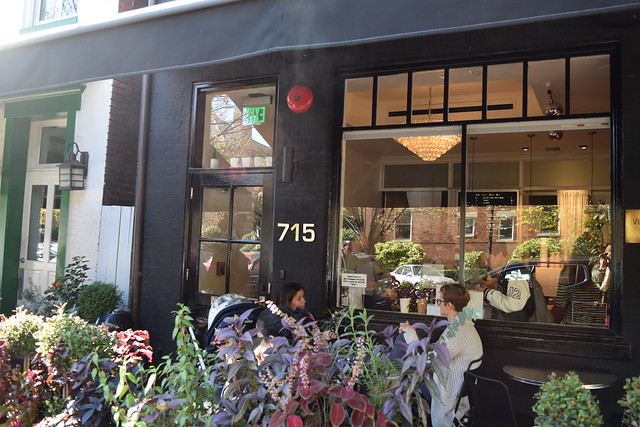 It was November, so most restaurant patios were closed. Just as hunger started to kick-in, we stumbled upon a discrete black awning with charming bright pink accents and a glamorous chandelier,  next door to Rose’s Luxury. Based on its proximity to Rose’s, we deduced that it had to be the inconspicuous entrance to Pineapple and Pearls, a luxury prix fixe restaurant. 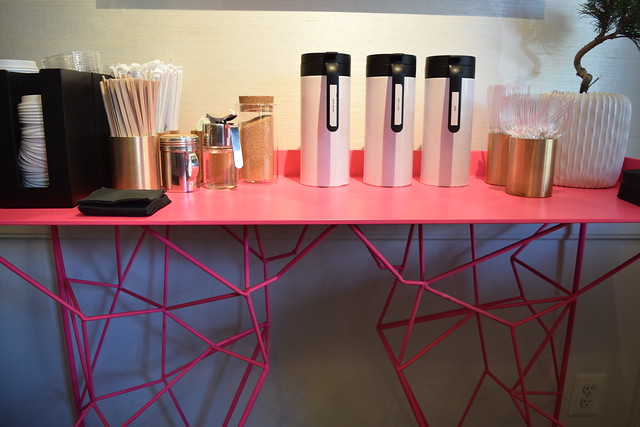 We peeped the coffee bar menu through the window and were pleasantly surprised to see substantial breakfast items offered, including a fried chicken sandwich. Plus, there was a quaint, somewhat vacant patio where we could dine with our pup. Marital teamwork, we divided and conquered: Gavin was on food duty, while I locked in a table. 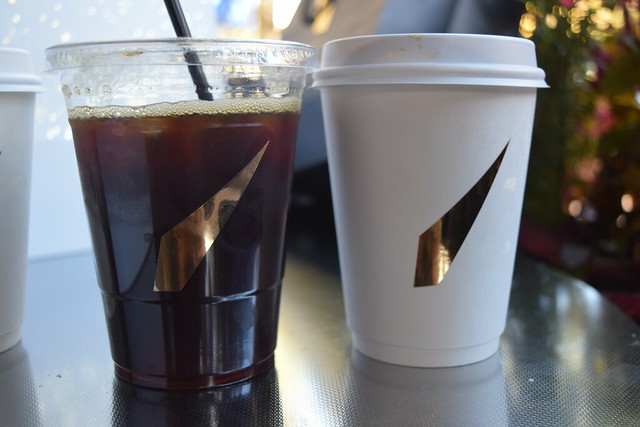 As I’m usually a devotee to black coffee, I empowered Gavin to surprise me with a new beverage that morning. He arrived with a latte cup and had me taste it before revealing what he ordered. “Um, that is the best latte I’ve had all year, is that pistachio?!” I inquired. It did happen to be a latte made with pistachio milk, one of the various nut milks available at Pineapple and Pearls. On the heels of an incredible trip to Sicily, a region known for its pistachio gelato, I appreciated this thoughtful and delicious gesture. 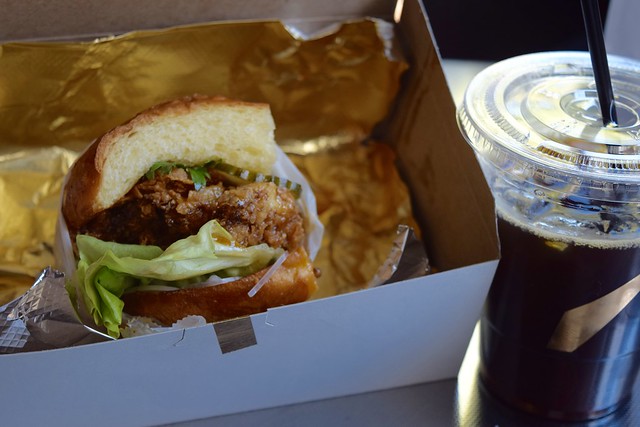 The small details at Pineapple and Pearls, gold speckled takeout boxes, lightening bolt adorned paper products, and sleek black carry out bags, elevated the experience. Not to mention, our sammies were encased in gold foil. Gilded and glam takeout!

Contemplating between several savory sandwich options on the menu, Gavin decided on the fried chicken sandwich. It ended up being a smaller portion than he expected, (the takeout boxes are misleading!), but it was decadent nonetheless. The sammie came with pickles, lettuce, onion, and a perfectly crispy piece of honey glazed fried chicken on a potato roll. We were impressed that this level of quality was coming from a coffee bar. If you’re usually on the fence between savory and sweet breakfast options, this proved to be the best of both worlds. 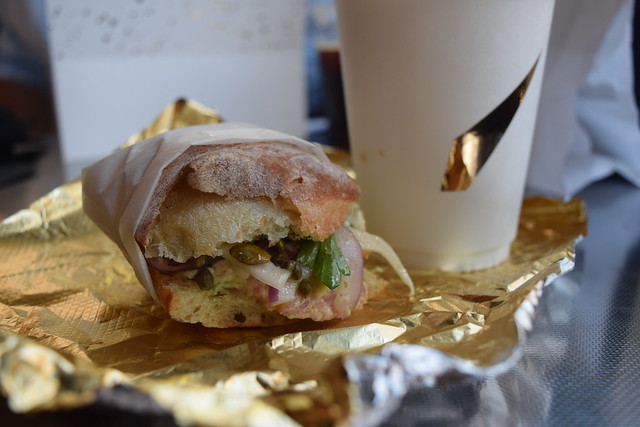 I opted for the salmon lox sandwich, served on ciabatta bread with red onions, pepitas, and a delicious aioli. At one point, I disassembled the ciabatta to confirm that there was in fact lox on my sandwich. It was a sad helping, but still managed to be flavorful. Similar to Gav’s experience, the portion was not huge, but the bread was crispy and the pepitas added an extra nutty crunch to each bite.

We ended on a sweet note with the signature pastry: the Pineapple and Pearls roll. This mini sticky bun featured layers of cardamom-laced pineapple butter. Yeah, apparently that exists. We devoured it so quickly, I forgot to take a photo! But trust me, as someone who isn’t usually keen on sweets, the subtle citrus flavored icing and gooey pastry was a must-try and a perfect ending to our otherwise savory start to the day.

For a split second, we couldn’t help but feel like we were back on our European vacation, eating our individual sandwiches and sipping delicious coffee al fresco. Then, our pup knocked over the water bowl and we were back to reality just as quickly as we had escaped.

The Bitches say: B. A great grab-and-go option in Capitol Hill, with a quaint patio and charming accents. Don’t leave without trying the pistachio latte.