The West Village is the epicenter of charming, quaint little restaurants, particularly of the Italian and French varieties. This makes it the perfect destination for a few dining occasions: romantic dinner dates and girls brunches chief among them. The opening of Pierre Lapin, a darling little French bistro, this fall added yet another restaurant francais to the mix, and was a perfect choice for a holiday brunch. 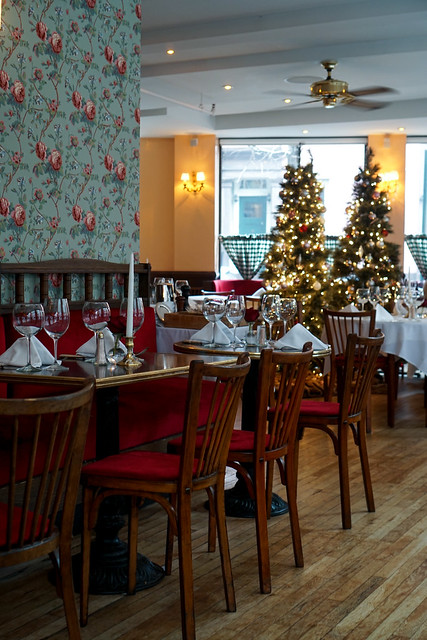 Bistro Pierre Lapin offers a classic French menu of house-made pastries and bread, Benedicts, steak frites, and other egg dishes that you might expect. Of note, an excellent brunch prix fixe deal: a cocktail (mimosa or Bloody Mary), appetizer, and entrée for $35. We all went for this option. 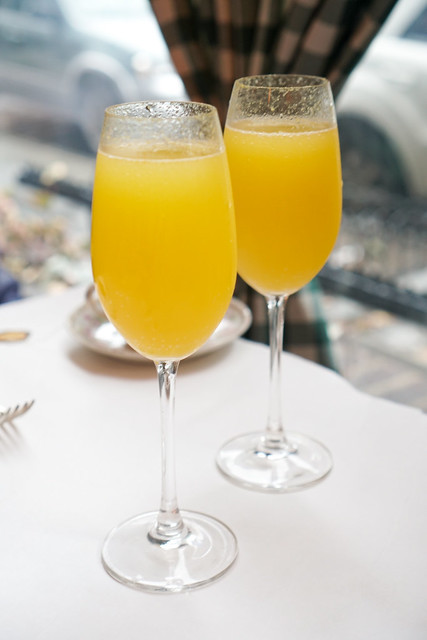 The mimosas were conventional, nothing noteworthy but went down easily. Again, the bread service is classic in the best way: enormous loaves of fresh French bread accompanied by house-made butter and raspberry preserves.

For our appetizers, we ordered croissants and the grapefruit brûlée. The croissants were delightful: fresh, buttery, and flaky. I was so excited about my grapefruit brûlée; it’s one of my preferred brunch starters. The beautiful grapefruit half was placed upon the table with the top perfectly covered in a crunchy caramelized sugar. It was so pretty that my brunch dates gasped. However, it was nearly impossible to eat: it not served with the serrated grapefruit spoon you would expect. At one point, I nearly blinded myself with citrus juice to the eyeball. At another, the grapefruit went skidding off the plate. Mortified, I resorted to using my hands. Eventually, I gave up, defeated. 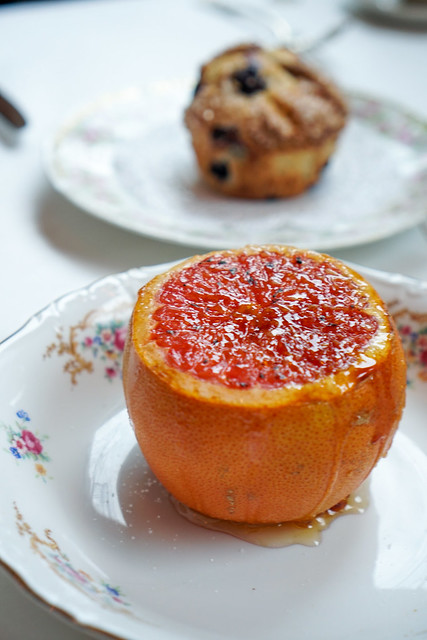 The entrees were solid takes on traditional brunch dishes: an Eggs Benedict, and steak frites. 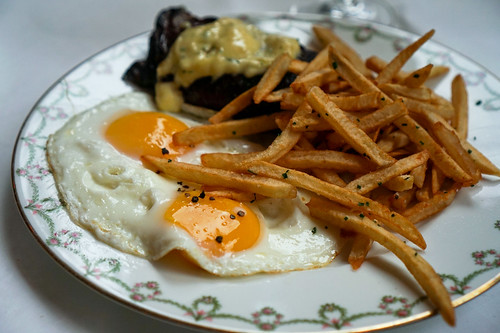 The steak frites offered a solid portion of flank steak, eggs as you like, and pommes frites. The flank steak was cooked medium rare and rather hard to cut without a steak knife, which I did not receive. Even then, it was still a bit tough. Meanwhile, the frites were far too soggy, and small. So small and soggy that you needed a fork to eat them. While we understand slightly limp frites can be a French thing, these were too much so. 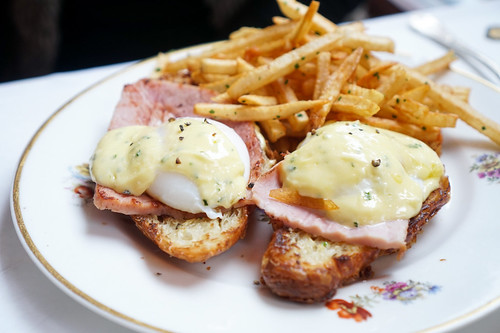 The Eggs Benny was served on a croissant, an added touch of decadence and more butter. The Bearnaise  sauce was a nice consistency and portion, and the eggs were poached just right. The Bearnaise was a delightful substitute for Hollandaise.

The Bitches say: three Champagne flutes for a charming ambiance and a great brunch deal, with average food and good but forgetful service.