I remember my first…crêpe. Nutella and banana dusted with powdered sugar, freshly made by a street vendor on the pedestrian bridge over the River Seine in Paris. But given that I live in Boston, the closest I’m getting to the real thing is Paris Creperie, now open in Boston’s Seaport. Paris Creperie first opened in Brookline and has been iconic in Coolidge Corner for their sweet and savory crêpes and quick service. But when they invited me to their new Seaport location, I noticed it had some more desirable features: more personalized service and most importantly – cocktails! 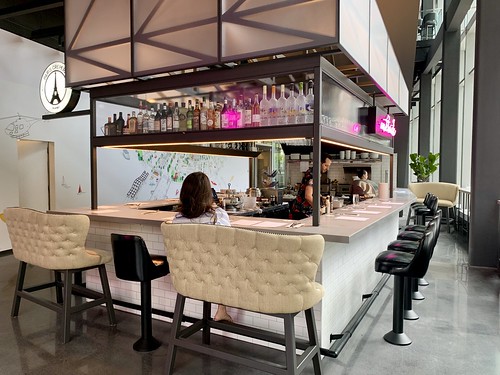 The location is, well, a bit odd. It’s in the common area of a retail building filled with shopping, dining, and entertainment options, giving it a food court feel.  Nevertheless my friend Yelena and I nestled into a two-person tufted barstool and the friendly staff began recommending their favorite drinks and dishes. 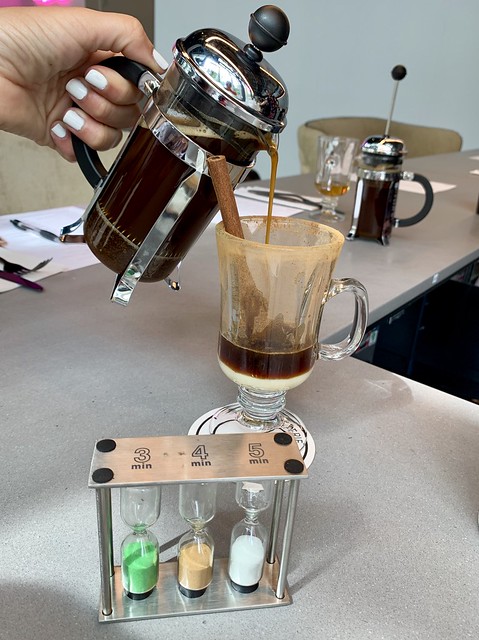 Two coffees came first, but it feels wrong just calling them coffees. These were interactive caffeinated experiences that put my daily Keurig routine to shame. Our glasses were filled with exotic liquor (mine with rich espresso and Saigon cinnamon and Yelena’s with a Madagascar vanilla liquor) and we each received a French press and a sand timer to brew the coffee to our desired strength. I ended up sipping a 3-minute, lightly brewed café au Vietnam and Yelena waited the full 5 minutes for a stronger café au reunion, and we have many Boomerangs documenting this. 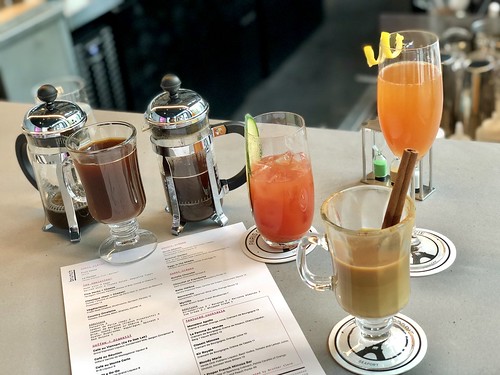 Even the cocktails felt classier than normal, which makes sense since they are designed by Boston cocktail expert Brother Cleve. I went the sweeter route with the “monsieur Apollo,” which was half Kir Royale, half mimosa, yet whole-heartedly delicious. Yelena went spicier with a hot pepper liquor bloody Mary. Although it was good, Yelena found that the basil vodka and cucumber garnish made it taste more like gazpacho. 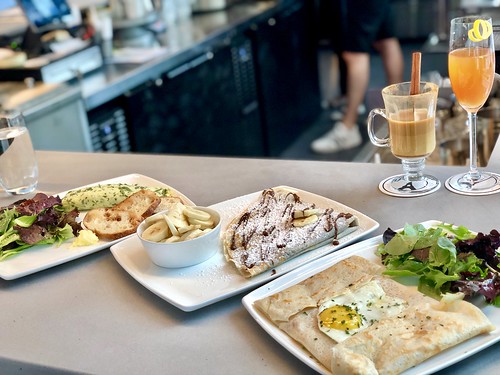 For our meal we selected one item from each section of the menu, ordering an omelet, a savory crêpe and a sweet crêpe. 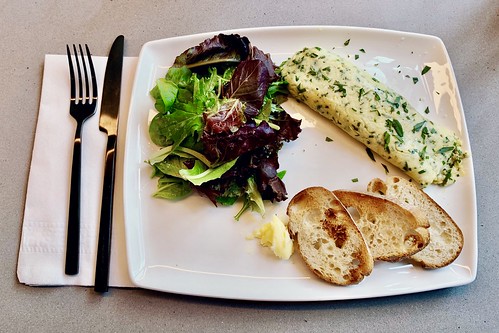 The fine herbs omelette was soft scrambled and fluffy with a distinctive tarragon flavor that you could either love or hate. But you could only love the creamy comté cheese from the eastern part of France that was oozing from the center. 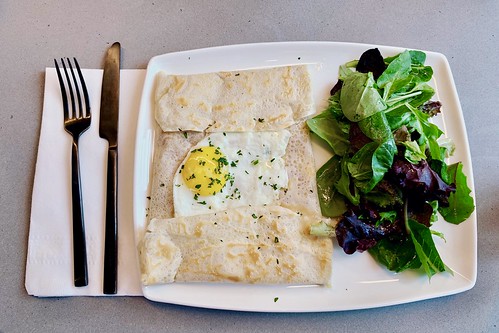 The “eggy in the middle” savory crêpe was made with ham and the same comté cheese as the previous dish (not mad) and topped with a fried egg that was cooked sunny side up with a runny yolk. Yelena and I felt as if we were transported to a café in France while eating this crêpe and it topped our favorites list. 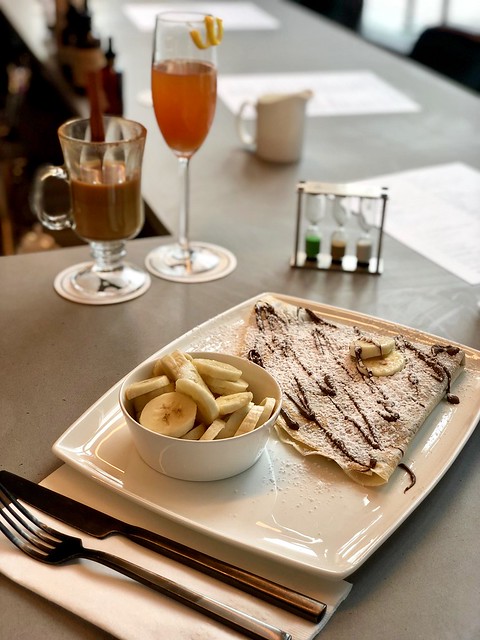 Last but certainly not least was the classic Nutella crêpe with bananas on the side to accommodate Yelena’s banana aversion. This warm and slightly doughy crêpe was stuffed with the just the right amount of hazelnut and chocolate spread and was deliciously filling but not overly heavy, allowing us to leave the restaurant feeling très content.

Paris Creperie Seaport is open for brunch Saturdays and Sundays starting at 10 a.m.