I’ve been traveling out to San Francisco relatively frequently for business, but have barely scratched the surface when it comes to the brunch scene. With some spare time in between work events, I squeezed in a quick brunch with Chris, an old friend from college, and his girlfriend Erin.

My perimeters were something delicious and relatively close to my hotel in SoMa so they took me to one of their favorite weekend spots in Pac Heights, Palmer’s Tavern. 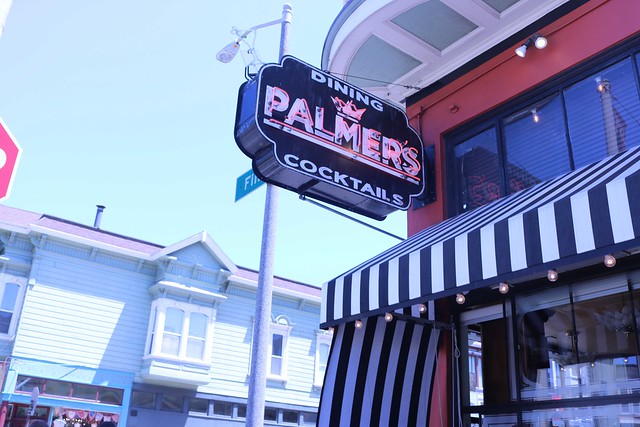 Brunch at Palmer’s Tavern starts promptly at noon so we were outside waiting, along with a few other groups. Since we were first to arrive, we were immediately seated and the dining room quickly filled for this popular neighborhood eatery.

I was immediately charmed by Palmer’s vintage interior exuding a retro yet posh diner vibe complete with checkerboard tiles, prominent taxidermy, and rich mahogany accents. The servers were dapper and bespectacled, pretty much a prerequisite for any hip restaurant these days. 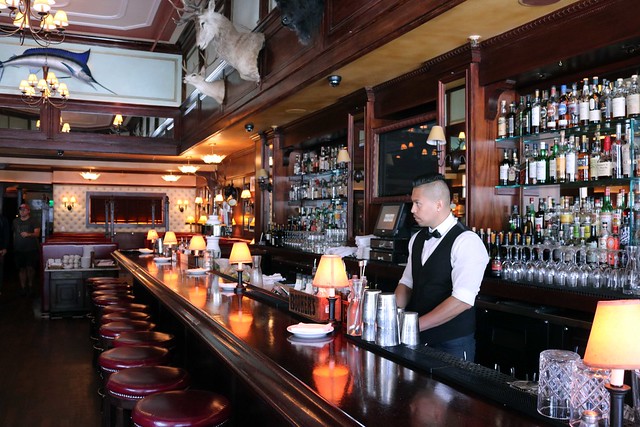 During our college years, we would have been downing mimosas at this point (or okay, Natty Lights most likely), but our group stuck to waters and iced coffee this morning. #adulting 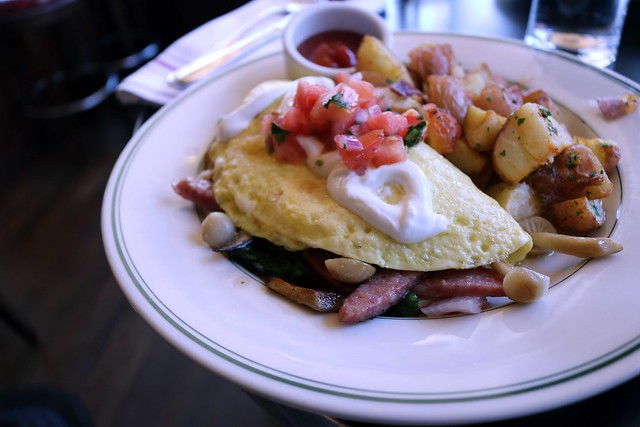 Palmers’ menu features brunch classics such as waffles, Bennys, and Bloodys. After a morning walk across the Golden Gate bridge, I had worked up quite an appetite and ordered the an omelette, stuffed with sausage, mushrooms, braised greens, and topped with fresh tomatoes and crema. There were plenty of veggies, which I thoroughly enjoyed, and a balanced egg to filler ratio. The home fries on the side were perfectly crispy and well seasoned. 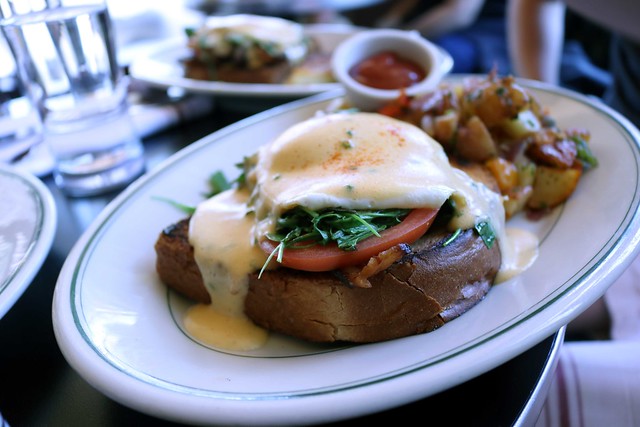 Chris and Erin broke a cardinal Bitches Who Brunch rule and both ordered the same thing, but I gave them a free pass since it was their first brunch with me. They selected the egg sandwich, which they’ve eaten plenty of times previously and it’s one of their go-to’s. It’s an open-faced sammy on a thick slice of bread, and basically a breakfast BLT with the inclusion of thick-cut bacon, sliced tomatoes, and greens, topped with zesty Hollandaise. 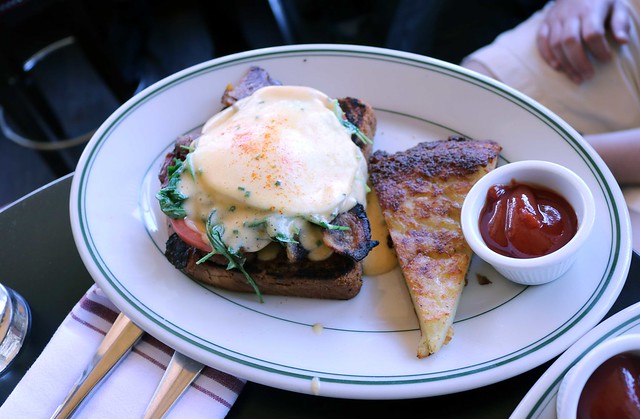 Chris ventured out and swapped in hashbrowns for his side, which was served quiche-style in pie slice. He particularly enjoyed the crisp exterior and noted that it expertly rounded out his meal.

After catching up on some gossip, we settled our bill and wandered back to our respective neighborhoods. I left perfectly satiated, but not uncomfortably full, fueled for an afternoon of sightseeing in The City. 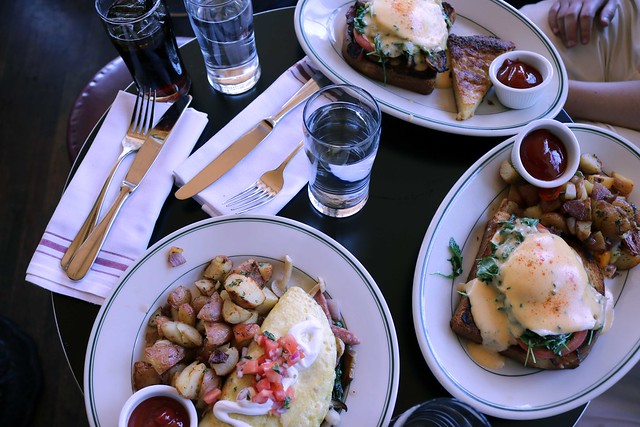 The Bitches say: A-. Tasty down home food with a nice presentation in a trendy restaurant bursting with character. Come early to avoid a wait.

Palmer’s Tavern serves brunch on Saturdays and Sundays from 12-2:30 p.m.