“Look, look, look…It’s SNOWING!!!” I was abruptly woken up on my last day in Portland by Robert’s excitement from the current snowfall. As a Chicagoan, snow is nothing to write home about, so I groaned and rolled over in bed.

To my surprise, it apparently rarely snows in the area so the rest of our neighboring Portlandians shared Robert’s enthusiasm. I figured that Oregon was north enough that snow was a regular occurrence, but the entire city shut down and everyone huddled indoors, after a few cups of Stumptown coffee of course. 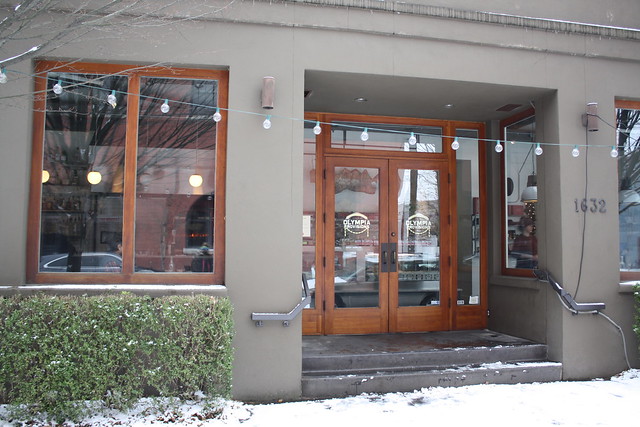 As a Bitch Who Brunches, I am dedicated to my field and an ice storm wasn’t about to keep me from one final brunch in Rose City. Due to limited transportation options from the weather, we had to keep our meal local so we suited up in parkas and boots and trekked over to Olympia Provisions’ Northwest location. 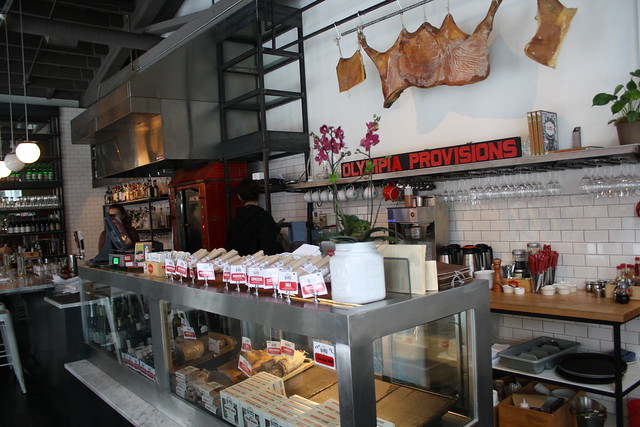 One interesting observation I made in Portland is when something is popular, it’s replicated in numerous locations throughout the city, Pine State Biscuits and Voodoo Doughnuts for example. So when I saw that Olympia Provisions had a few locations, I knew it must be good. 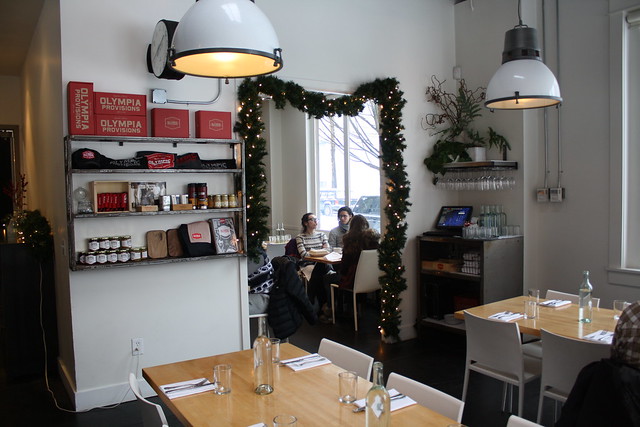 The restaurant is essentially a chic butcher’s shop, featuring an impressive array of fancy meats. The ambiance is adorable–it’s rustic and charming, but not too feminine. Friendly service and communal tables made us feel right at home.

The menu is consequently quite meat-centric, although there are veggie options for those who aren’t as carnivorous. Robert and I were rounding off a week of binge eating our way throughout Portland so we kept our brunch order relatively modest, just splitting two entrees like normal people. 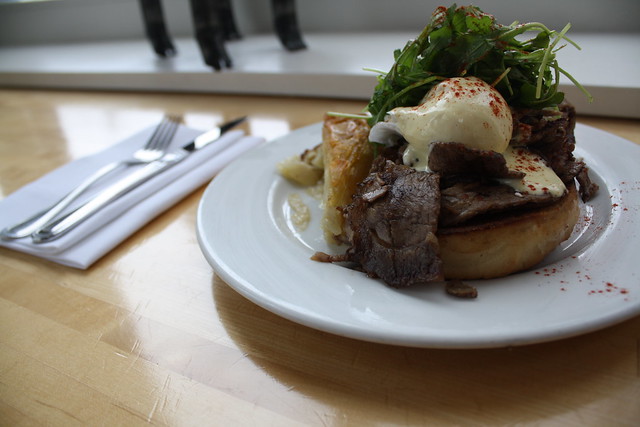 Brunch at Olympia Provisions came highly recommended by our friend Savannah during a snowshoeing adventure on Mount Hood the day prior and she insisted that we try the steak Benedict. This Benny was served classically on an English muffin with a poached egg and Hollandaise, but the standout element was definitely the juicy prime rib. This was a beautiful, well seasoned cut of meat, perfect for a snowy day.

We were also impressed by the laser potatoes, which were served alongside the steak Benedict. Olympia Provisions stacks laser-thin layers of day-old potatoes sandwiched between plenty of butter and cheese. The result is an indulgent, gooey breakfast potato dish that still manages to taste light and fluffy. This was a huge step above the played-out home fries and hash browns of brunches past. 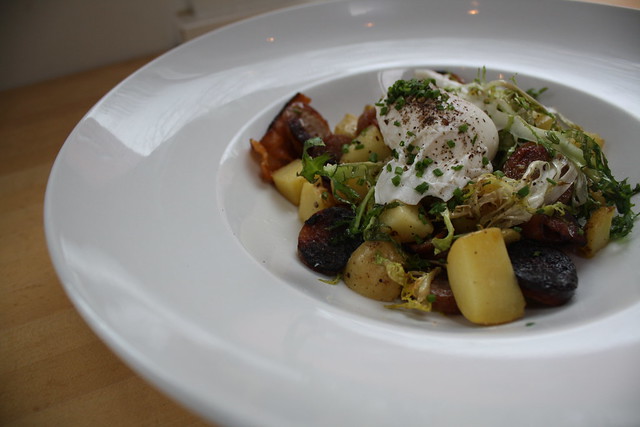 We also split the kielbasa hash, simply because it sounded interesting. Upon a quick Google search, I learned that kielbasa is a type of Polish sausage, which the chefs charred and served with bacon, onion confit, microgreens, and a poached egg. The appearance of the dish was surprisingly delicate despite all of the meat and I appreciated that it incorporated some veggies. The zesty, tough kielbasa was the best part of this dish, as it should be in a restaurant that specializes in charcuterie. 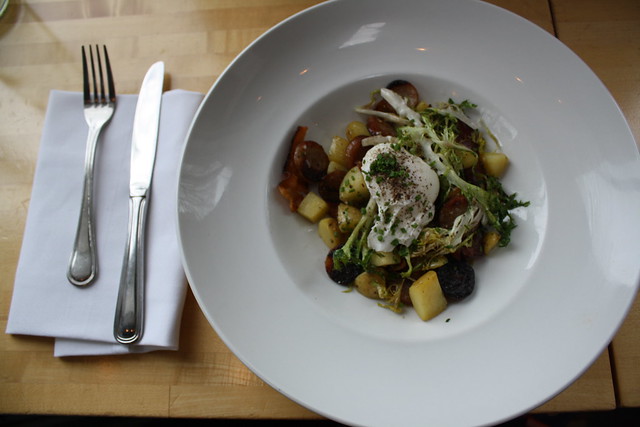 Brunch at Olympia Provisions ended my Portland trip on a delectable note. It was relatively quick but not rushed, and all of the dishes were savory but not inundating. It was low key and easy, a refreshing pause before our mad dash to the airport during the ice storm later.

The Bitches say: A-. A laid back, non-pretentious brunch with some seriously bold flavors and impressive charcuterie.