I’ve been in Chicago for just over one year and had never been to Navy Pier. Without children to take to the children’s museum, and no real desire to dine at Bubba Gump’s or Margaritaville, there hasn’t been a need to journey to the tourist-plagued pier. But when Offshore invited me and a friend in for brunch, I decided to take the trip. 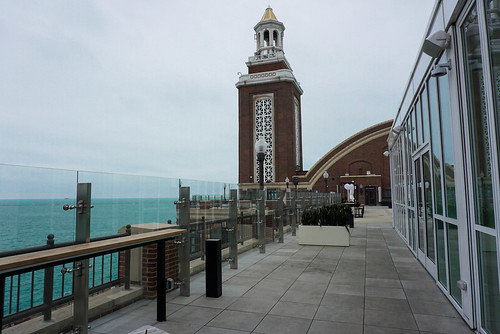 And a trip it was. My friend Maggie and I got dropped off at the entrance to Navy Pier, making Offshore half a mile away. Luckily, you can walk inside and avoid the blustery November winds, but it is still a haul that leads you through the maze of shops, restaurants, and food courts that is Navy Pier. We had reservations at 11 a.m. and had to powerwalk to make it on time. 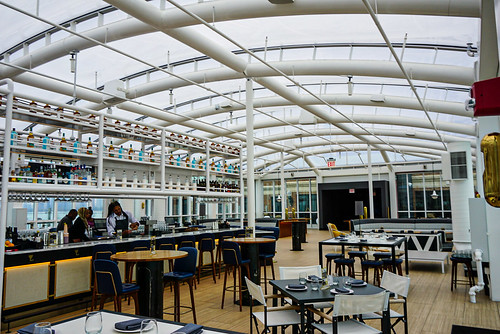 Offshore opened earlier this year, boasting the award of the United State’s largest rooftop and bar venue. The space is massive. The tent-like structure is filled with natural light, sweeping views of Lake Michigan, and trendy ship-inspired decorations. One side gives you an amazing view of the cityscape, while the other offers unobstructed views of Lake Michigan. 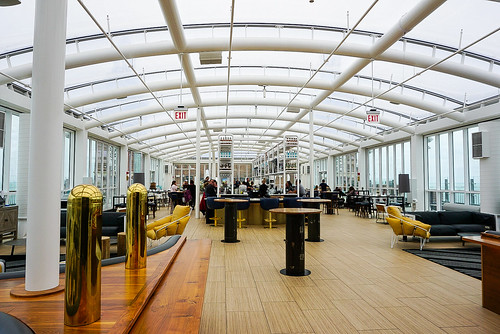 Maggie and I took a table where we could watch the lake while dining. While we both noted how fun Offshore would be in the summer, it was nice to be warm and on the water late in the season. It was quieter and less busy, and the lake was peaceful. Offshore hired a musician who specialized in acoustic guitar versions of “songs you forgot you loved.” While that was an incredibly niche setlist, Maggie and I were delighted with recognizing his songs–all of which were Now! CD deep cuts. 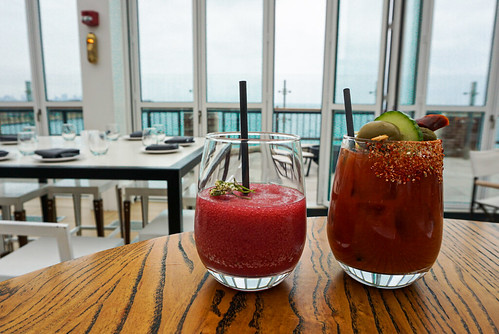 To start, Maggie got the spicy Bloody Mary with a High Life chaser. Maggie and I are both proponents of extremely spicy Bloodys, and Offshore packed a punch. It was well mixed and a delicious cocktail. Even though it was below freezing, I had heard wonderful things about the frozen cocktails at Offshore. I ordered the “No Apologies,” a raspberry, lemon, and vodka rose cocktail. Our waiter teased me about the frosty choice, but it was amazing. It was flavorful, a good consistency, and didn’t separate like so many frozen cocktails tend to do. It tasted like a raspberry smoothie. 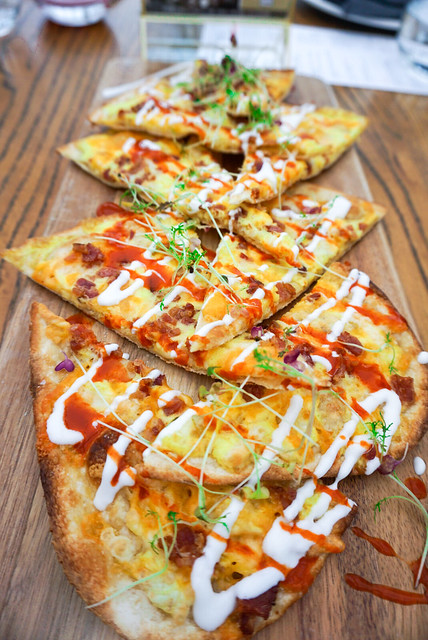 Offshore has a great selection of shareable plates, so we decided to take a sampling of appetizer and split our entrees. We started with the cheddar, eggs, and bacon flatbread. I had expected a poached egg situation, but instead, the base of the pizza was scrambled eggs, drizzled in sour cream and hot sauce. This made it easier to share and kept the flatbread from getting soggy. Though it was a simple appetizer, it was tasty and we were both ravenous. 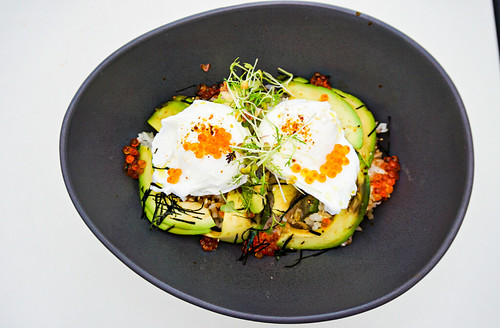 Our main dish was the eggs on eggs.  This dish is named for the play on fish eggs and chicken eggs. It is a bowl served with sushi rice, avocado, poached eggs, roe, and nori. Unfortunately, it lacked flavor and felt like it could have been made at home. It needed both salt and hot sauce. I had been excited for a sushi entree after the Stockton, but this did not hit the spot. 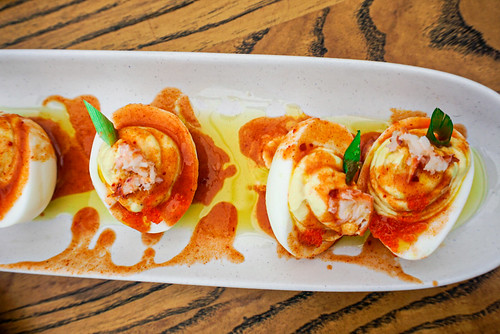 Our last dish was the lobster deviled eggs. Our entire order was very egg-heavy. This was my favorite dish. The eggs were topped with tobiko, scallion, and a Thai hot sauce that provided a nice kick. The lobster serving was a little lackluster for the price, but Offshore nailed the savory flavors and consistency needed in a good deviled egg.

Offshore has some of the best views in the city, but the menu takes a back seat. Go for post-brunch drinks and Instagrams.