#TBT to New Year’s Day 2016: The older I get, the more forced New Year’s Eve becomes. The night usually includes an extremely overpriced ticket for admission, at a mediocre establishment that you otherwise would never go to, for about three total minutes of excitement. So when our die-hard Michigan State fan friends, Brian and Kristen, asked us if we wanted to head to the Cotton Bowl in Dallas to watch MSU play Alabama on NYE, we bought tickets faster than you can say “roll tide.”

A Texas virgin, I was excited to explore the Lone Star State, primarily Dallas and Fort Worth for this short trip, based off of recommendations, intuition, and cool-looking coffee shops. A friend who lived in NYC with me years ago, but recently moved back to his home state of Texas suggested we try Oddfellows in Bishop Arts District, which he described as “the Brooklyn of Dallas.” This was music to my ears. 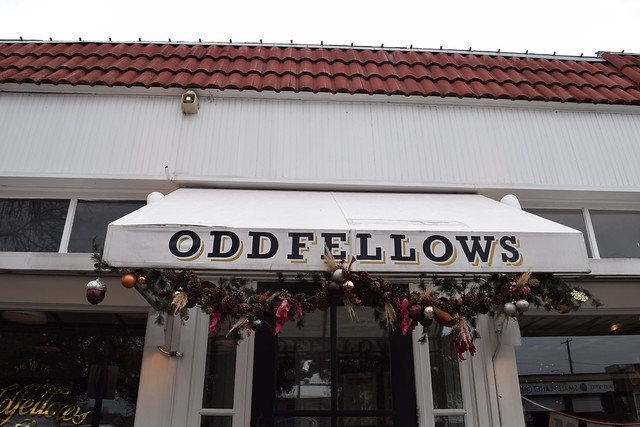 The corner restaurant was packed the Saturday after New Year’s Day, but luckily we beat the hour wait, as the hostess called four different parties to no avail. We snuck into a table in the middle of the restaurant and eagerly scanned the menu for items that had caught our eye while we were waiting. 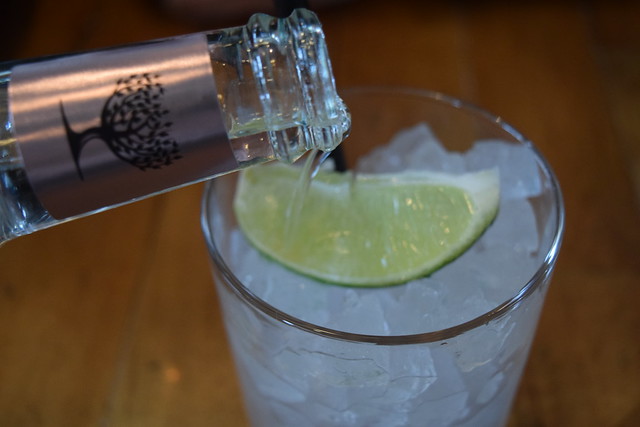 We might as well have waited an hour for our table because once we sat down, we weren’t greeted by a waiter for another 20 minutes. Is everything is bigger and slower in Texas? Once our waiter arrived, we promptly placed our order for fried pickles, Mexicali doughnuts, a fried green BLT sandwich, and chicken biscuit platter. 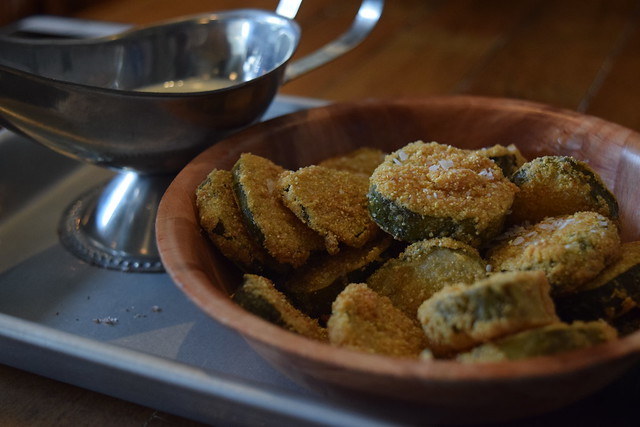 After 35 minutes and two renditions of “Happy Birthday” from an adjoining table, our fried pickles arrived, and they were worth the wait. The pickles were crunchy on the outside with cornmeal crust and crispy on the inside. The accompanying buttermilk blue cheese dip was addicting. 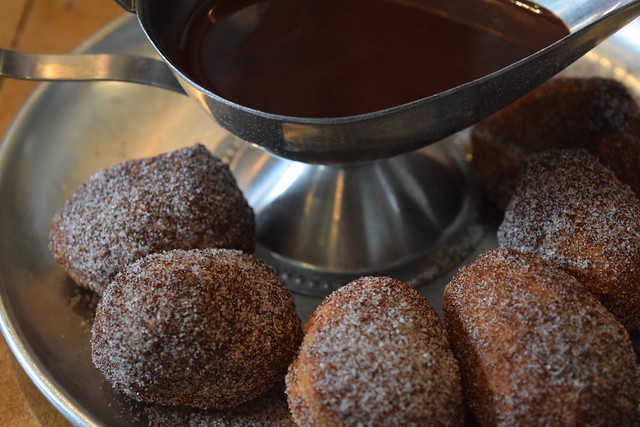 We hoped our doughnuts would come out next and not with the rest of our entrees, but no such luck. Everything came out at once, which is one of my dining pet peeves. Since we saved the doughnuts for last, by the time we got around to dipping them into the Nutella chocolate dip, it had become so cold that it started to solidify. 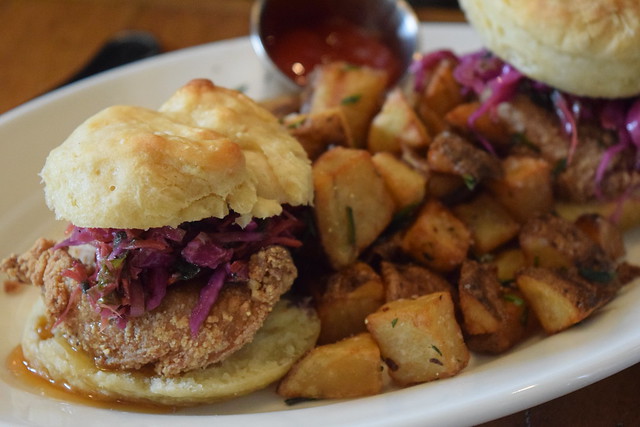 Gav’s chicken biscuit platter was drenched in honey. The dish was sweeter than he expected, but the crispy chicken combined with the crunchy slaw and soft biscuit just melted in your mouth. His dish came with a side of rosemary potatoes that were cooked perfectly. 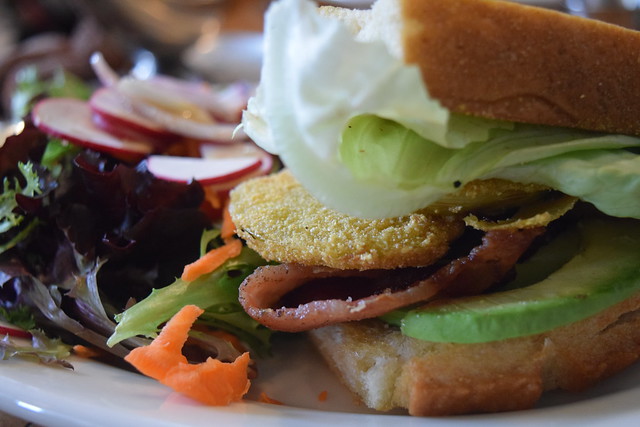 The fried green tomato sandwich was smaller than I expected, but after consuming most of the fried pickles, I didn’t mind. The bacon was crispy, but I wished there was more to go around. After about four bites I had consumed all of the fried green tomatoes. The remaining bites consisted of avocado smeared on the leftover bread. It was good, but could have been better with more “meat” on the sandwich.

After brunch, we shopped around the adorable Bishop Arts District, popping in and out of candle shops, trendy boutiques, and local antique stores. We loved the vibe of Oddfellows and would definitely come back if we found ourselves back in Dallas.

The Bitches say: B. We loved the vibe, location, and menu at this Oakcliff stalwart, but wish the service and food delivery was better.

Oddfellows is open daily at 7a.m.