There are some famous restaurants that when they announce they’re going to open a new location in your town, you can’t help but think, oh, this is going to be interesting. That was my thought when the international luxury sensation from chef Nobu Matsuhisa dropped anchor on its 38th location in West End. 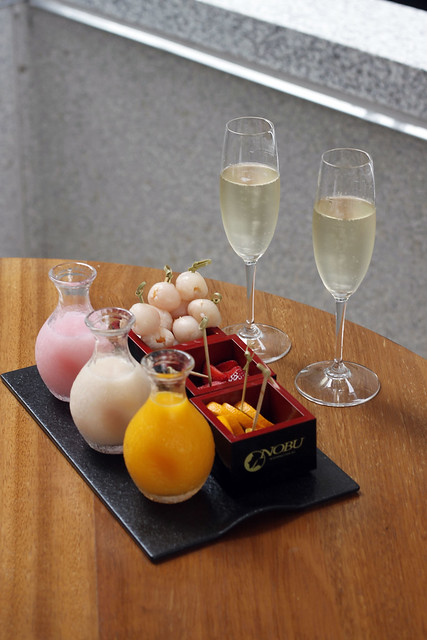 The buzzy restaurant, popular among Hollywood stars like Robert DeNiro and Kardashian wannabes, seemed a little, well, out of place in our nation’s capital, don’t you think? Or it is a sign that the D.C. dining scene has “made it”?

Like the basic Bitch I am, I was eager to channel my inner Scott Disick, and happily accepted an invite to try the brunch menu at Nobu. 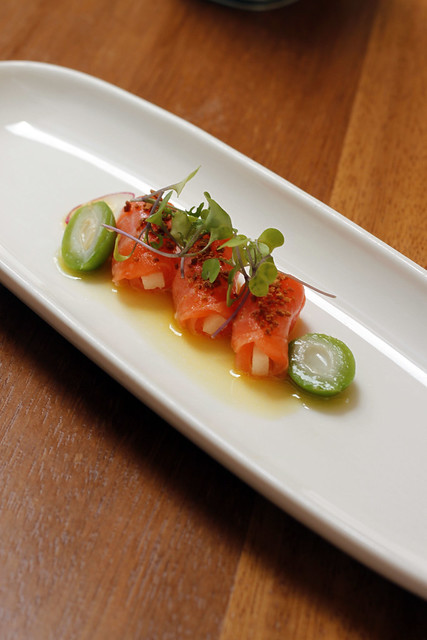 All the glitz you’d expect from Nobu carries over to this new location. It’s a huge restaurant that is great for groups and boasts private dining options. That said, it was nearly empty on the Sunday at noon when we arrived. Granted, the World Cup was playing, but still. I was shocked at how sparse the dining room was.

In true diva fashion, we commandeered the cozy garden patio. It’s vaguely reminiscent of a Japanese tea garden and certainly provides a nice oasis in the neighborhood. As we prepared to order, we opted for a make-your-own mimosa kit of sorts, with a bottle of Cava, fresh squeezed orange and lychee juices, as well as a strawberry puree, and fresh fruit slices to mix in. Overall, it was a beautiful presentation and definitely a good bang-for-your-buck cocktail deal. 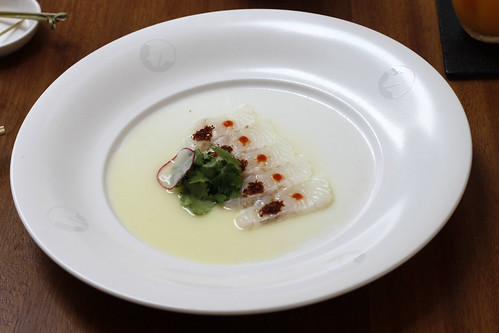 Our super knowledgeable waiter suggested a few Nobu ”classics” to start. Not one to miss out, we swiftly ordered the yellowtail jalapeno, the dish that put Nobu on the map, as well as the tiradito and salmon nashi pear. Both the hamachi and tiradito were sliced super thin, sashimi-style and packed with flavor. The jalapeno gave the hamachi a quick hit of fire. The tiradito is similar to a Peruvian ceviche and soaked in yuzu juice. The salmon nashi pear was like a grown-up fruit roll up, sweet and refreshing.

After finishing these three dishes, we were feeling energized about the set brunch menu. Each was delightful in its own way, so we were excited to try more — though I definitely could have had entree-sized portions of those three. 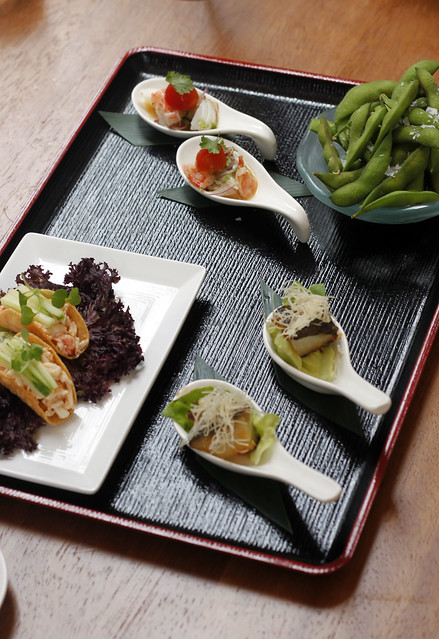 The set brunch offers a chef’s selection of canapes and diners’ choice of entree. During our visit, the canapes included edamame, crab sashimi taco, black cod with miso and a shrimp ceviche. They were all tasty but the stand out was the black cod with miso. This warm, flaky cod is marinated in a rich miso and oh my gosh I would order this again and again.

Being Bitches Who Brunch, we picked the brunch-ier options for entrees. Japanese culture doesn’t really lend itself to brunch, so I’m always interested to see how chefs adapt the cuisine to the challenge. 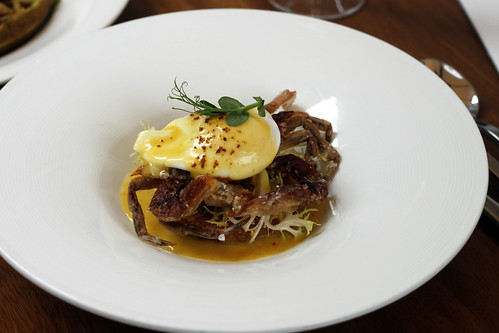 We opted for a locally inspired dish, “DC’s” softshell crab Benedict. Normally softshell crab weirds me out but this dish was so pretty. With poached eggs on top of a crispy rice yuzu dry miso, it had a great texture hitting your tongue and tasted pretty good too.

We also tried the chicken and green tea waffle. The waffle was dry and the chicken wasn’t pretty but tasted fine. The green tea didn’t add much in terms of flavor, unfortunately. 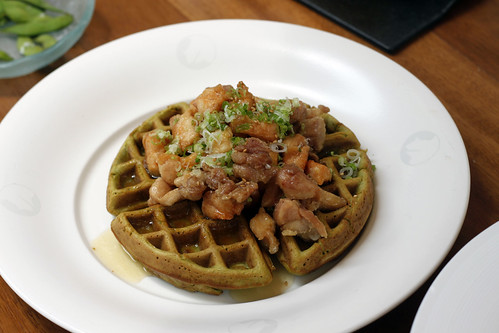 For dessert, we enjoyed three types of mochi. These little ice cream treats were perfect to cool down on a hot summer day.

Overall, I have to compliment the great service, our waitress lived in Japan and was eager to share her expertise about both the restaurant’s history and the cuisine. And the staff was kind enough to provide us with game updates throughout our meal. 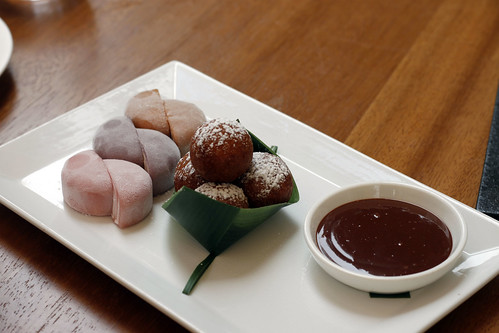 The Bitches Say: B+. Stick to the classics that made Nobu a hot spot and you’ll enjoy a luxurious meal at Nobu.

Nobu D.C. is no longer serving brunch. They open 5p.m. each night for dinner.