It’s taco Tuesday, Bitches! And in our efforts to properly celebrate, we reviewed Mexicue’s brand new brunch at their Chelsea location. There are several Mexicue locations throughout New York City, but I’d like to note that right now brunch is only in Chelsea and Stamford. We’ll keep you updated as the offering spreads, but for now you can get your marg fix at happy hour at all locations.

Mexicue is an interesting concept. It’s kind of obvious what you’d expect by looking at the name, and while Mexicue is a lot of those things, it’s also so much more. What started as a food truck feeding festival junkies and the midtown lunch rush is now a lively, four-location brick and mortar chain. The Chelsea location in particular is bright, tropical, and inviting. 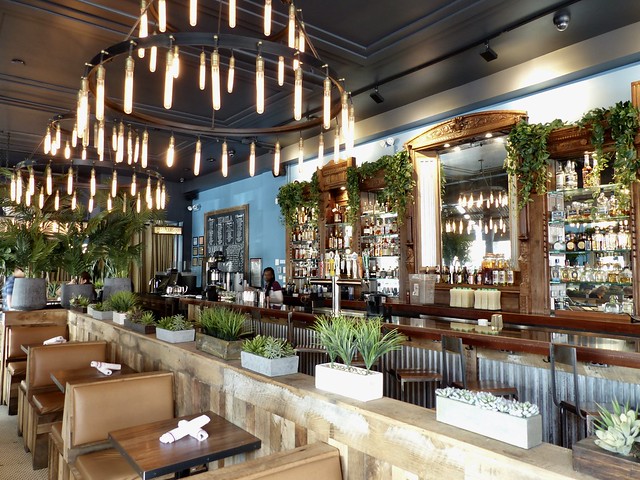 My boyfriend and I decided it’d be a great way to start off summer with some strong libations, more specifically: tequila, even more specifically: margs. He chose the smoky margarita off the cocktail chalkboard. It had both mezcal and tequila in it, so we’ll just say he got a nice buzz. The smoky mezcal flavor is overpowering for me, but he enjoyed it thoroughly with the balance of chili and lime. I went for the equally pungent spicy margarita. My drink had the perfect kick in my opinion with fireball tequila, jalapeno, and habanero. You could say my spicy tooth is almost as strong as my sweet. 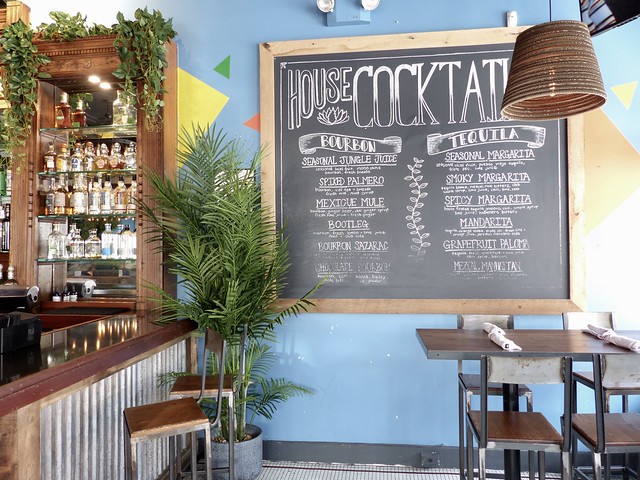 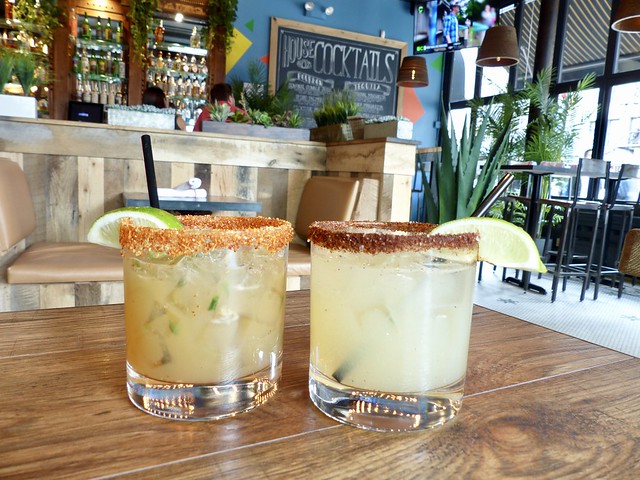 As for the food, Mexicue takes bold risks with its menu. In particular, with the techniques they use like braising and charring with Mexican tradition and deep Southern barbecue twists. If I’m being honest, this was kind of my dream cuisine.

For a starter, I wouldn’t have it any other way than with a huge mountain of the tuna ceviche nachos at our table. Fresh corn tortilla chips were piled high with pieces of tuna, watermelon radish, creamy chipotle, and a gigantic scoop of guacamole. Not only was did this dish taste fresh and delicious, but it was adorably pink & green and photogenic– Bitch points! 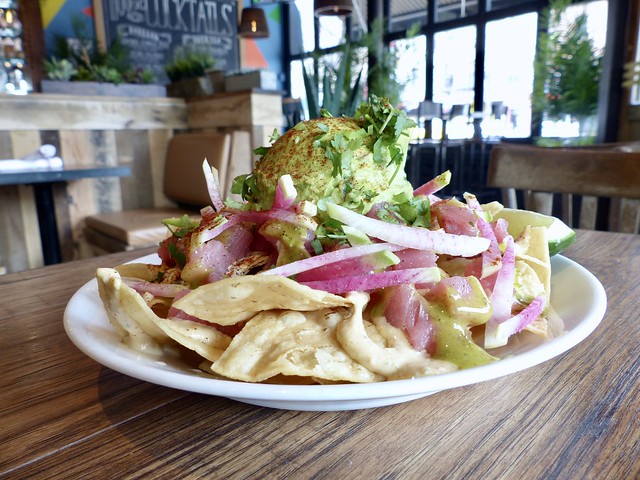 Now the rest of the dishes at Mexicue were served tapas style. Our waitress recommended we order three selections each. It was hard to decide because, with Mexican being my favorite type of food, everything sounded so good. In an attempt to work on my summer body, I chose to have my three tacos made in romaine boats. I had the vegetarian fried avocado with corn salsa, rock shrimp with sliced mango, and pulled pork tacos. The latter was definitely the juiciest and tastiest, but none could compare to my go-to Rosie’s in the East Village. The fillings didn’t sit well in the lettuce shells and fell into a big mess on my plate– my advice, just get the tortillas. 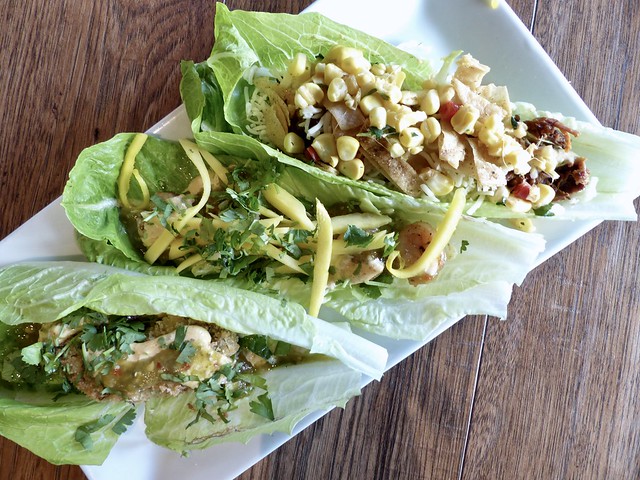 The man of the table decided to get more adventurous with only one taco selection. He had the lobster taco by recommendation of a Mexicue staff member. He loved the taco’s uniqueness, especially the chipotle butter. Then he dove into a brisket slider with spicy Mexican barbecue sauce. The slider as messy, and he found the flavors solid but not spectacular. His last and most intriguing piece of the plate was the pulled pork burrito bullet. I’ll admit, I gushed over this baby burrito and how cute it was. He found the tortilla overstuffed although he enjoyed the kick of jack cheese. After finishing off our margs and three tapas each, we were beyond full and ready for an afternoon indoors. 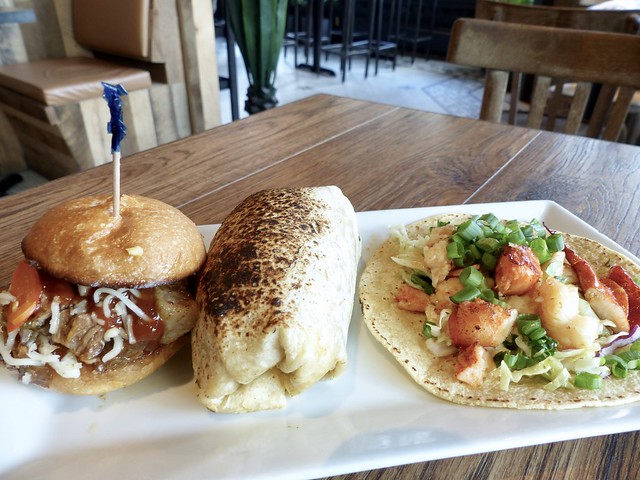 The Bitches say: A-. Mexicue’s lively, inviting atmosphere calls for patrons to enjoy more than a few of their killer margaritas.