Maysville in NoMad is a modern whiskey and bourbon bar dishing out an impressive selection of the libation and a creative take on southern fare.

Chef Shane McBride of Pig Beach,  formerly of Balthazar and Colicchio & Sons, recently took over the kitchen at Maysville with the goal of serving delectable American dishes celebrating the smoked, grilled, and charred flavors that pair perfectly with bourbon.

When the Bitches were invited in to try some of his newest creations like cornbread sticks and crispy grit croquettes, I knew this visit had my name written all over it. Constantly craving a good southern meal and never finding one that lives up to the cuisine in NYC, I couldn’t wait to get over to Maysville and see if I’d stumbled upon the holy grail.

Although we probably wouldn’t have ordered it, I found it quite odd that there weren’t any whiskey or bourbon takes on brunch cocktails on the menu. My beau has become quite the Bloody aficionado, so he went that route. Maysville’s version had a chipotle infusion that added a smoky element to the traditional drink. I didn’t care for the taste I took, but he enjoyed the Bloody Mary.

My drink of choice was a mimosa. Maysville made the brunch drink with the right amount of bubbles, in my opinion. 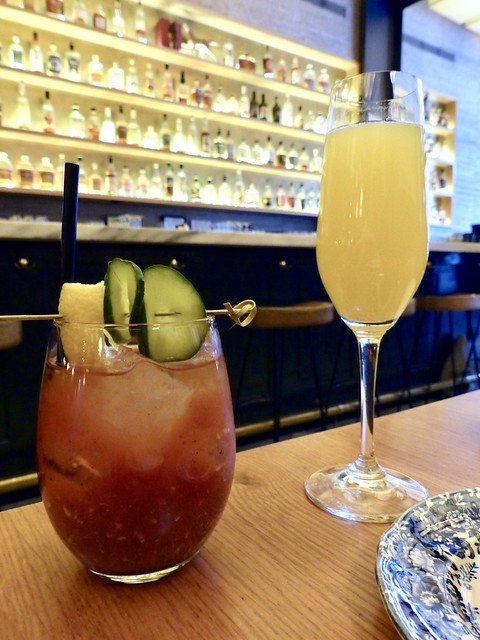 Our meal started with two small appetizers by the decision of my boyfriend. First up was the monkey bread. This gooey cinnamon pull-apart bread was served individually in a muffin paper, which we thought was a cute touch. He also ordered the half grapefruit. The tart citrus was balanced out with a vanilla bourbon brulé that created a nice shell atop the fruit. My boyfriend couldn’t get enough and ate nearly 95% of the starters, which I was okay with because neither was to my liking. 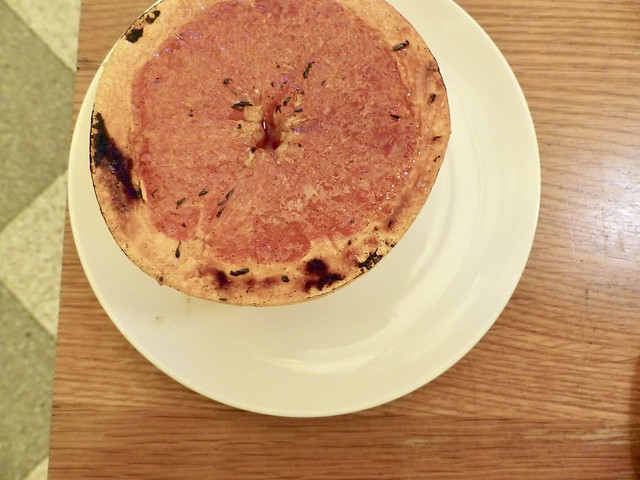 I had started a diet two days before this brunch, but I quickly realized this would be my cheat day after looking at the entrees on the menu. Biscuits and sausage gravy? I couldn’t resist. The portion wasn’t gigantic, so I didn’t feel too much guilt. Maysville split a buttery biscuit, doused it in chunky, spicy, creamy gravy—delicious. The dish also came topped with two fried eggs, which was a nice touch. 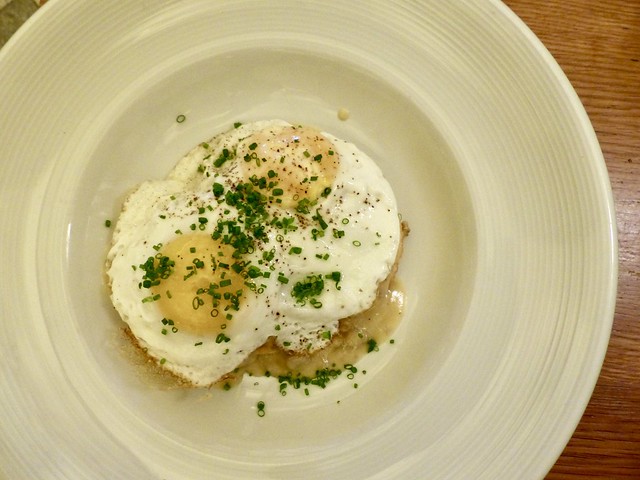 My beau went for the Maysville Benedict. One of the best parts of Southern breakfast is country ham, so it was great to see Maysville use the meat in their Benedict. What was unique was that instead of an English muffin, the chef used a croissant as the base for this Benny. We instantly decided every Benedict should be made on a croissant from now on. My boyfriend, although stuffed, chowed down on the entire dish and said it was one of the best Benedicts he’s ever had. 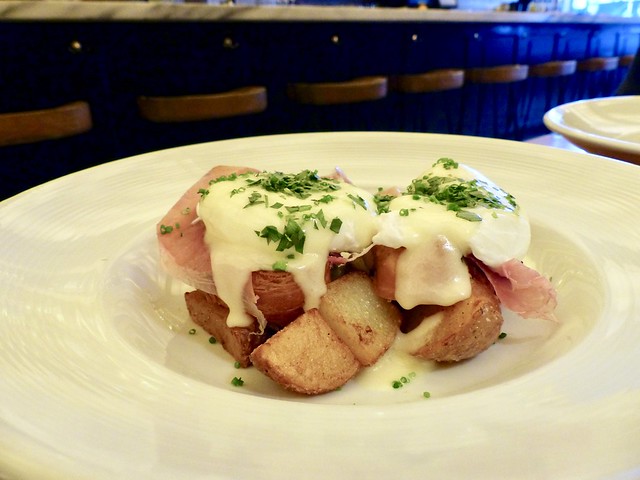 The Bitches say: B. Maysville is chic yet gentlemanly and Southern yet refined. The brunch offerings are tasty, and the quiet, family-friendly atmosphere serves as a great backdrop for a low-key brunch.

Maysville serves brunch on Saturdays and Sundays from 10:30 a.m. to 3 p.m.