When we think of Momofuku, we think East Village. We think ramen and sometimes we think batter truffles. Má Pêche is none of those things except a quick excursion through a Milk Bar counter on the way to the hostess stand. Sitting in the heart of Midtown in the basement of the Chambers Hotel is Má Pêche, meaning “mother peach,” David Chang’s first venture outside of downtown serving up a French-Vietnamese twist on American cuisine.

What I found intriguing after The Bitches were invited in for weekend brunch at Má Pêche was that the menu offers a selection of a la carte items of all different sizes and flavors—perfect for sharing. I decided to share this meal with my boyfriend as the restaurant sits right next to his neighborhood and is a quick stroll away from Central Park.

After mastering the art of dodging tourists in the streets, we made it to the inconspicuous doors labeled Má Pêche. Guests walk through a dark but colorful and fragrant Milk Bar before meeting the host podium and being led downstairs.

I read that the restaurant was on the lower level but was a bit caught off guard by the decor. Skylights dully lit the space and large pieces of beige fabric covered the walls, making the interior reminiscent of a construction zone. It was beautiful outside, which was disappointing, but the space would’ve been ideal for a rainy day. 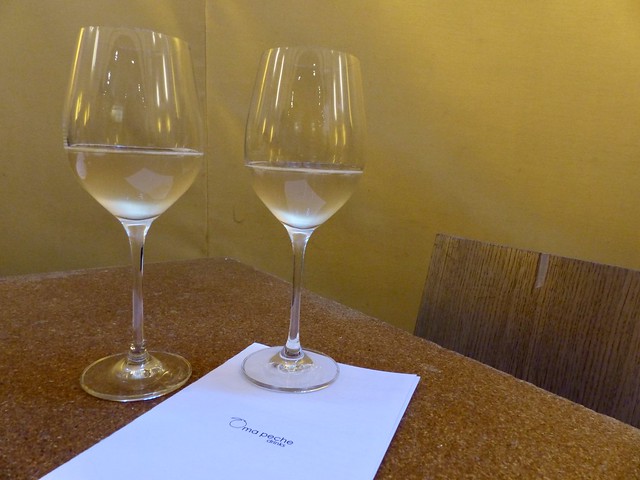 We sat down at our table along the wall under a skylight and were welcomed by a glass of bubbly as we perused the menu. My man went for an Arnold Palmer, but I was feeling fiery and opted for the Bloody Mary. My decision was mostly based off of the Sriracha-based mix. I loved the sweet chili and sake take on one of my favorite brunch cocktails. 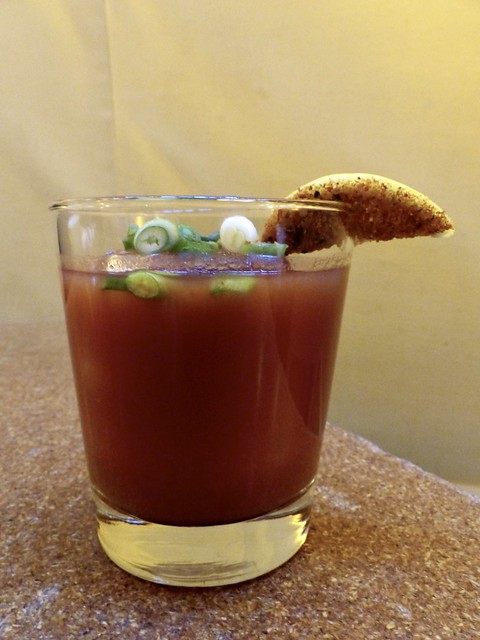 To start, we ordered the egg buns, Má Pêche’s brunch take on the classic pork bun. I was salivating at just the description, expecting a juicy piece of pork belly and melty cheese cupped in a fluffy bun. Maybe I set my hopes too high, because the dry piece of meat and awkward luke-warm scrambled egg-and-cheese cube missed the mark. 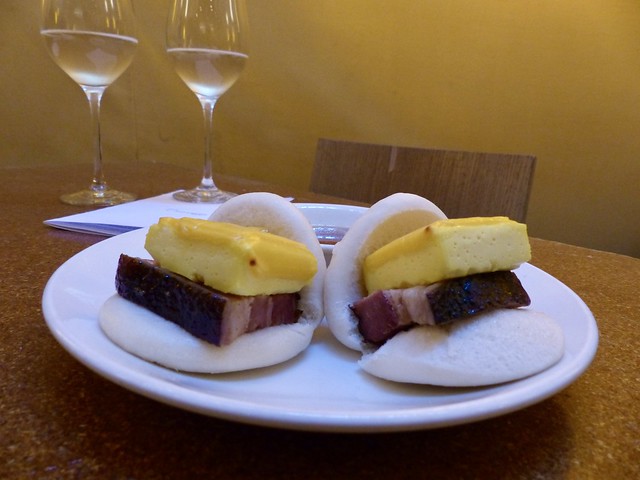 Then, we moved to our next shared app, the brisket rice bowl. This bowl came stacked with tasty brisket, rice, poached egg, scallions, pickled cucumbers, shitake mushrooms, and hijki all on display. Each flavor complemented the next without a hitch. Our waitress recommended we squirt some of their special ssam sauce atop the bowl, and it took the dish to another level. Needless to say, we requested the bottle be left at the table for the remainder of our meal.

Momofuku is known for its fried chicken, so the chicken and waffles entree was a no-brainer. The habanero fried chicken drumstick and breast gave my tastebuds the perfect hint of spice with a crunchy skin and juicy inside. We could’ve done without the waffle, lime, and miniature squeeze bottle of syrup. Was the chicken just that good, or were its companions just forgettable? 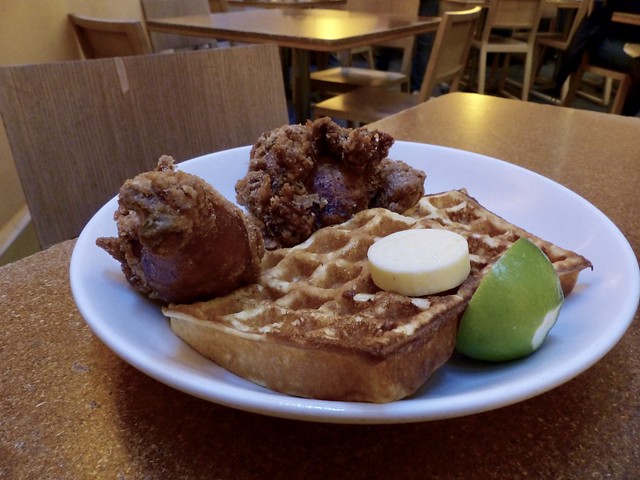 We were onto the kimchi bacon burger despite being ridiculously full. My boyfriend thought the burger itself was tasty, but the kimchi and spicy mayo-like toppings made a strange pairing on this classic sandwich. 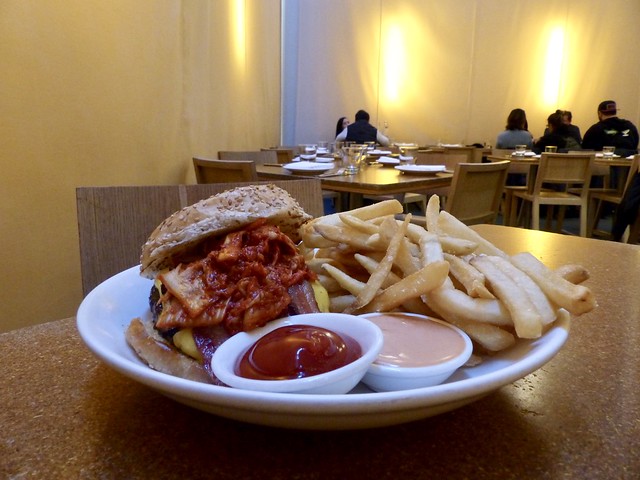 As we were ready to literally roll out of the place, our waitress insisted we sit back down for one last course. The dessert dish ended up being our favorite of this brunch marathon. Ricotta ice cream was packed between two warm brown butter ginger cookies and rolled in toasted coconut.

Although we tried so many dishes, we only made a small dent in Má Pêche’s unique a la carte brunch menu. 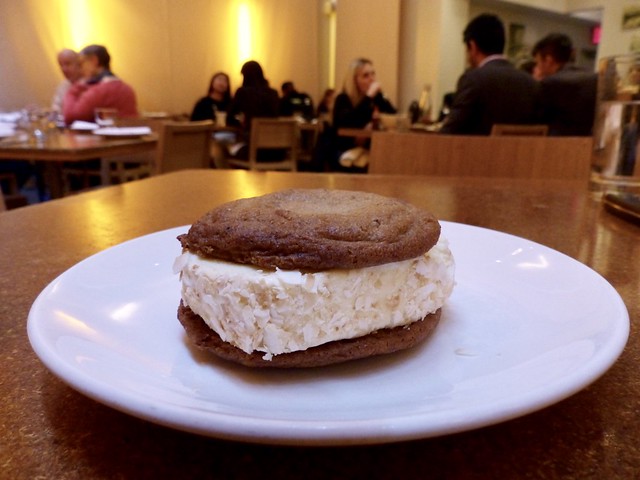 The Bitches say: B. Má Pêche’s service is impeccable, but the Asian flavors trickled throughout classic American dishes fell just a tad short.