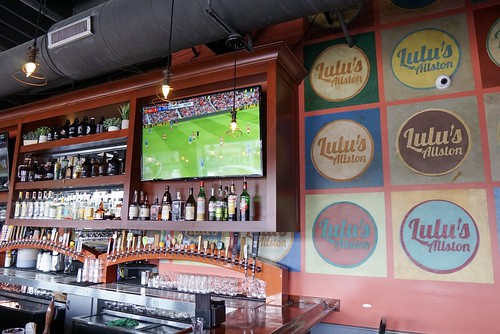 I walked into Lulu’s Allston at 11 a.m. on a Sunday, and the place was full of life. The large windows facing the street were open and there was a group waiting to be seated. While walking over to our table, I was made aware of the door that opened to the back patio. After I settled in, I took a second to walk back there. 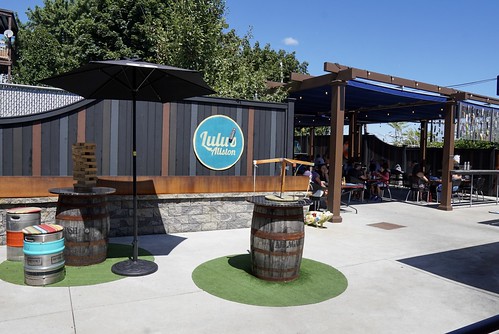 To my surprise, Lulu’s has a large outdoor area behind the restaurant. There was a second bar, a bocce court, XL Jenga, and some other games! Most of the tables were full back there as well, and I could easily see Lulu’s being a Sunday funday location. After a little bit of exploration, I decided it was time to eat. 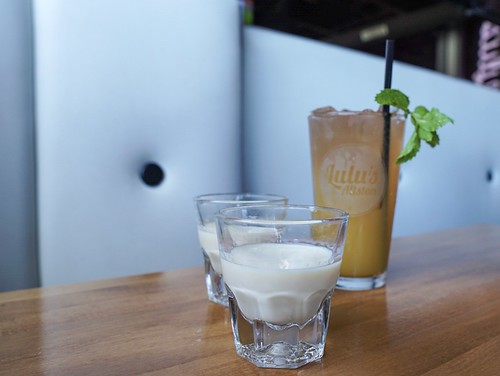 I ordered their “super brew” smoothie and two Cinnamon Toast Crunch breakfast cereal shooters as well as some smaller bites to start. I expected the super brew smoothie to be a thicker consistency, but enjoyed the mix of flavors. It was made with mango vodka, creme de banana, lime juice, pineapple, and Willie’s Superbrew Pomegranate Acai. The fruity flavors made me feel like I was drinking a cold glass of juice and although I could hardly taste the vodka, I could feel it after finishing! The cereal shooters were sweet and a perfect excuse to take shots at 11:30 a.m. (if you need an excuse)! 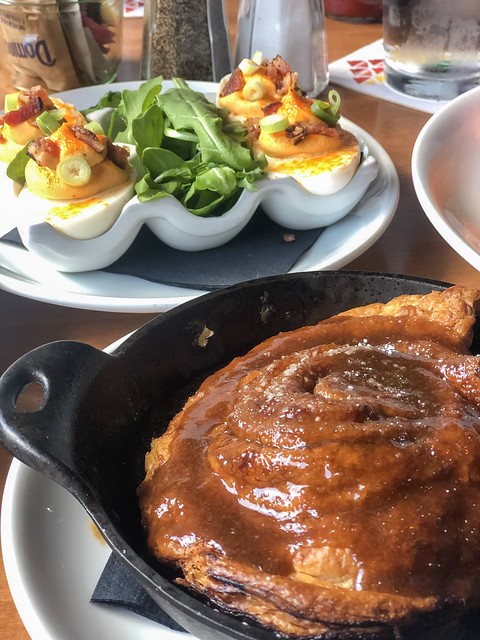 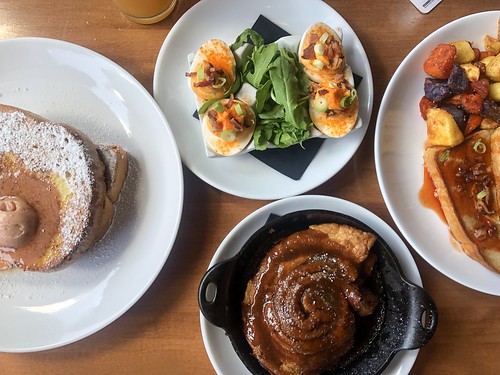 For our main meals, I decided on the French vanilla French toast, and my boyfriend Richie chose the egg in hole breakfast plate. I expected a lot more vanilla flavor in the french toast and wished it was a little crispier. To be fair I did not request crispy French Toast so I am going to take responsibility for not being specific. The Egg in Hole breakfast plate was a traditional breakfast but the egg was cooked inside of the toast. I appreciated the multicolored potatoes and think this is a great option if you are just looking for something simple. Overall the main dishes did not wow me but were not a disappointment. This brunch screams hangover cure to me: no surprises, just a good portion of food and options for everyone. 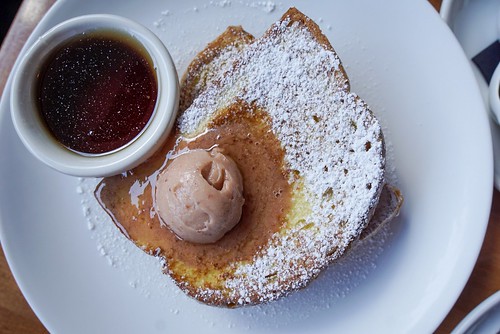 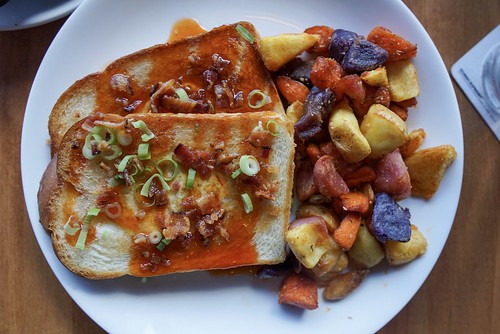 Overall Lulu’s Allston is in line with the vibe of the neighborhood: extremely laid back. I would return back here with friends after a night of drinking and feel comfortable in my sweatpants and a pair of flip flops or sneakers for an easy brunch with fair proportions. I do have to call out our waitress, Nora. She was the sweetest and I might even go back to Lulus to chat with her some more. Nora was attentive but clearly was making sure not to interrupt tables while they were mid-conversation. I appreciated her attentive service and playful banter! 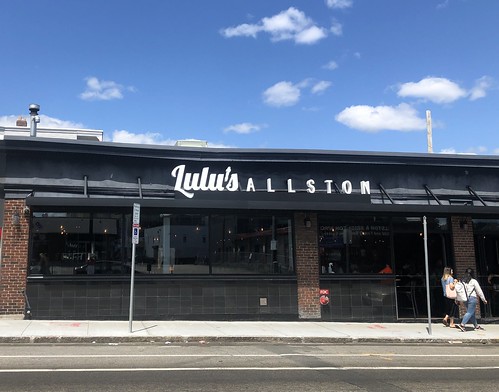 Now that football season has arrived, Lulu’s would be a great location to brunch and stick around for a game or two while enjoying cocktails or a couple of beers on a Sunday. 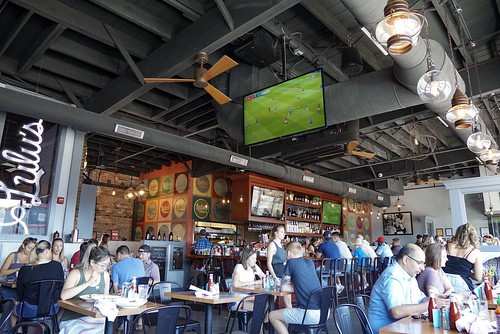 Lulu’s Allston is a great location for a Boston Sunday Funday, a group brunch, or a laidback neighborhood meal.

Lulu’s Allston serves a full brunch menu on Saturdays and Sundays from 10:30 a.m. to 3 p.m. and offers a couple of brunch items during the week starting at 11:30 a.m.