Llama Inn was so good that even with a stomach bug, I was able to sit through a “meal” without feeling nauseous, nibbling on bites of Paul’s several entrees and actually enjoying them, despite my Valentine’s Day state. Thanks to my open floor plan at work, the illness gradually passing from one seat to the next finally creeped onto me, just in time for the long weekend. 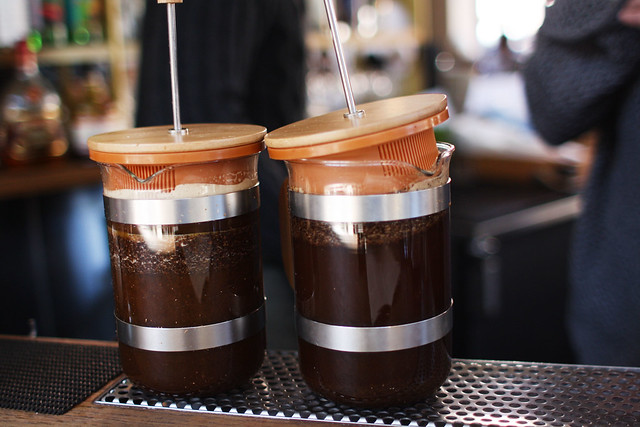 While friends were posting about romantic Valentine’s Day dates, I was glued to my day-old pjs on the couch binge watching Billions. And then Suits. By Sunday, I was nothing short of desperate to escape the confines of my apartment, so naturally we trekked out in the coldest day of winter and went to Williamsburg. Williamsburg not only had the promise of less annoying Valentine’s dates, but also always solves my feelings of claustrophobia. 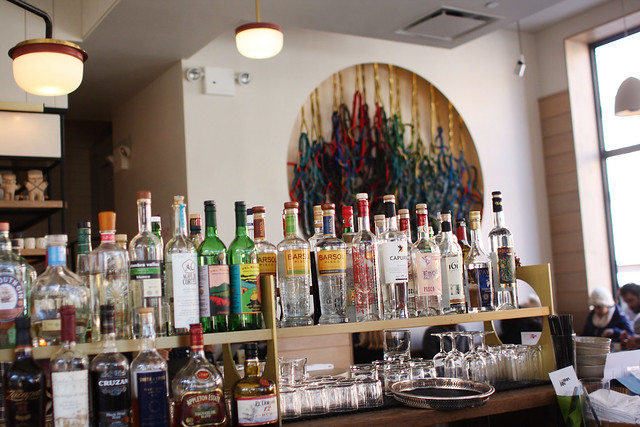 We sat at the bar, taking in the cool art pieces and greenery on the walls, and I ordered a latte, eager to quell my two-day caffeine headache. The latte took so long that the waiter ended up removing it from our bill, as we sat at the bar and watched ten other lattes being made for other orders. It happens. The latte was still great, and I liked the printed cup it came in. Paul ordered a French press, which he also enjoyed. 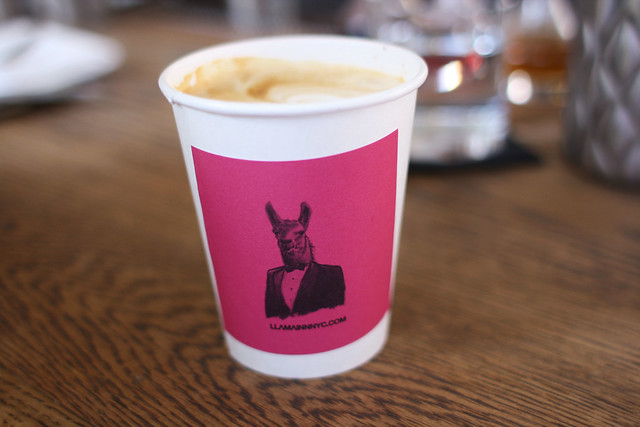 We started the brunch with an order of quinoa, butternut squash, queso fresco, alfonso olive, raisins, and avocado, because it sounded safe for my stomach and a fancier version of my go-to meal at home. This was so, so good. It sounds pretty standard, but it was so full of flavor. 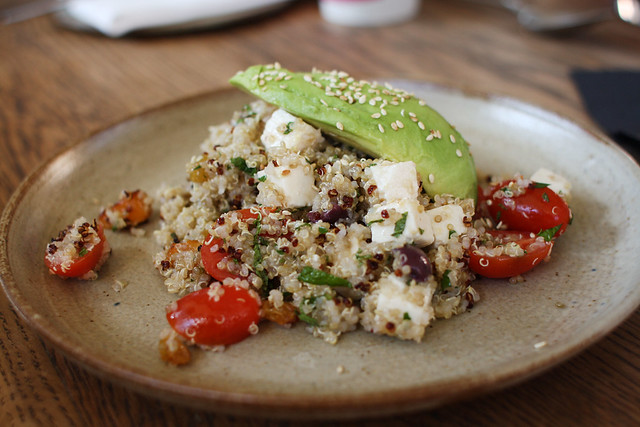 For the main event, Paul ordered the fried egg dish with Andean potato, bacon, peanuts, avocado, and red onion salsa. Peanuts with egg? I thought the same thing. The bacon was incredibly thick, and the flavor combo worked perfectly. It was a really inventive dish. 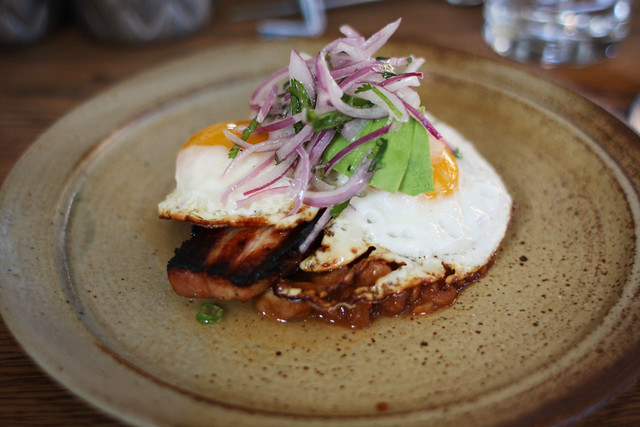 Paul also couldn’t resist ordering the crispy pork shoulder sandwich with sweet potato, red onion salsa, and spicy mayo. This was another bold burst of flavor, with tangy, juicy pork balanced with sweetness from the potato and spice from the sauce. I’m not usually a fan of a meaty sandwich but I thought this was something special. 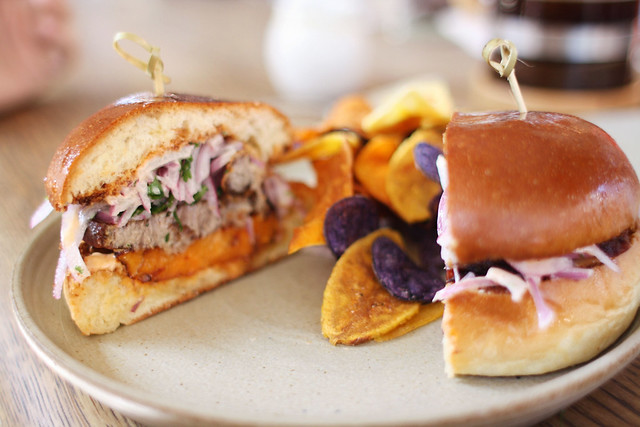 With light streaming through the all-glass exteriors, we could shut our eyes and pretend we weren’t facing sub-freezing temps outside. I could have stayed there all day, but my couch and season two of Suits was calling my name.

The Bitches say: A. Llama Inn really delivered, showing us what an inventive Peruvian brunch tastes like. Everything we tried was memorable and full of flavor, and we left feeling very refreshed. 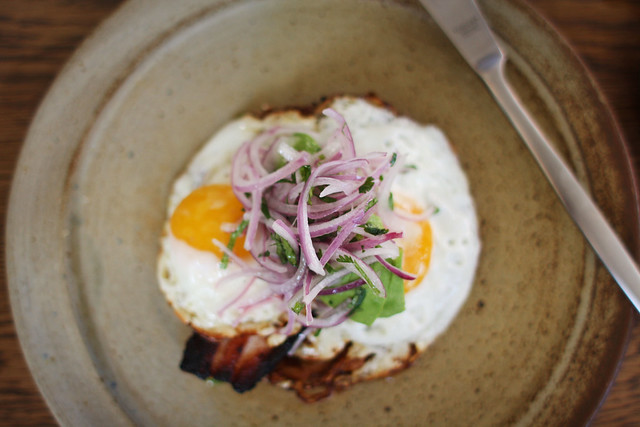 Llama Inn serves brunch on Saturdays and Sundays from 11 a.m. to 3 p.m.