When it comes to finding new restaurants to try, Instagram has become one of my go-to resources.

Late last year, pictures of brunch items at Juniper, a fairly new upscale pub, were crowding my feed, so I knew I needed to check it out. 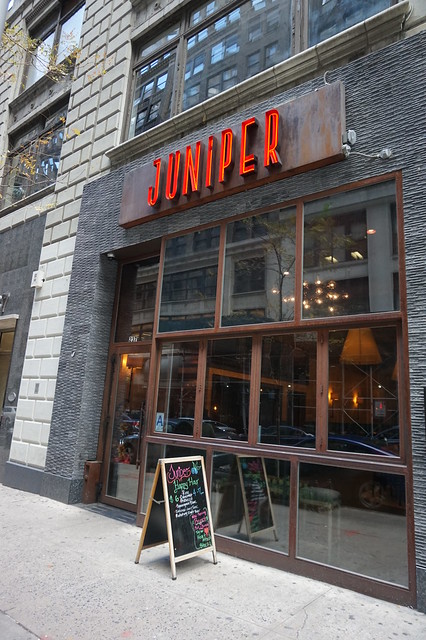 Juniper is located a little too close to Penn Station for my liking (it’s one of my least favorite areas in the city and not exactly known as a brunch destination), but because so many foodies I love were brunching there and seemed to be enjoying themselves, I had high expectations and was happy the restaurant eagerly agreed to host us.

When my friend Hanna and I arrived for our 1 p.m. reservation, the restaurant was almost completely empty. While I was happy to have some extra space to enjoy our meal, I was also a little worried. If Juniper offered a good brunch, shouldn’t the space be a bit more packed? 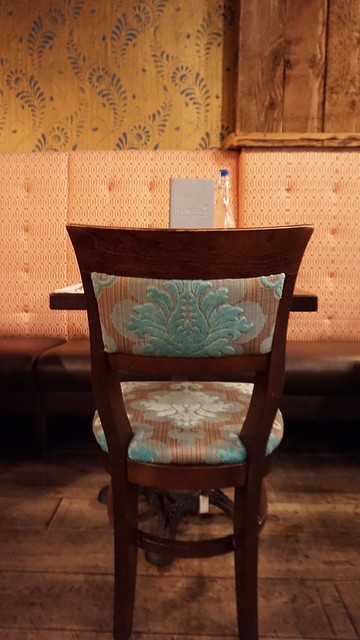 Putting our skepticism aside, we settled into our cozy table and ordered a round of drinks—mimosas for both of us. These drinks were pretty standard and perfect for sipping on while we browsed the menu.

After some deliberation and help from our friendly waiter, we decided to split the Heart Attack Stack and red velvet waffles. I’d seen both these dishes on Instagram, and they looked tasty. We also ordered the kale and artichoke dip to split as a starter. 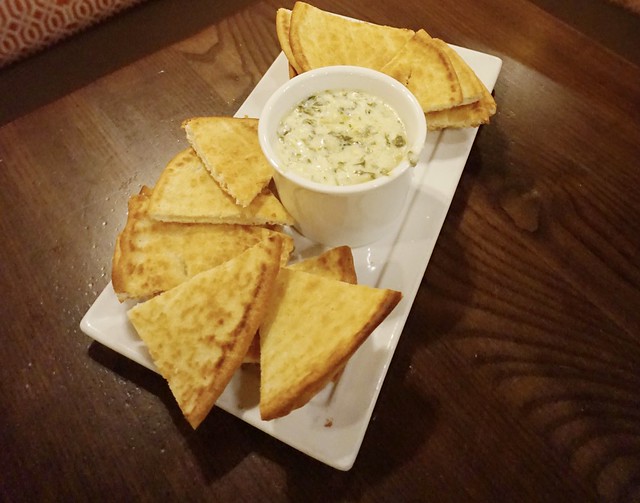 All the dishes ended up coming out at the same time, which was a bit overwhelming, but we dug right in anyway. The dip, made with sautéed kale, artichoke hearts, béchamel, and yogurt sour cream, was served with oregano pita chips and was easily our favorite part of the meal. It was warm, creamy, and flavorful, plus the pita chips were tasty too. 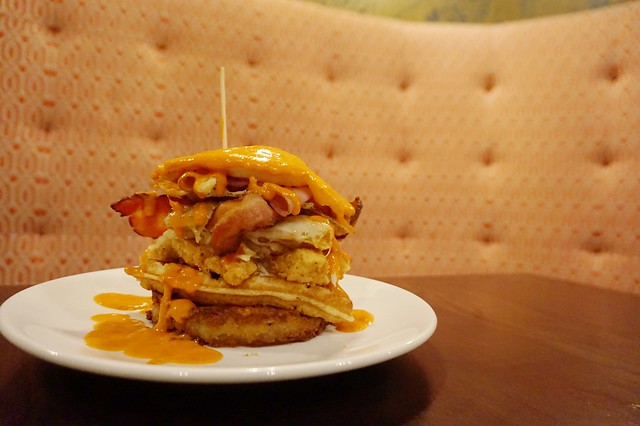 Sadly, the meal went downhill after the dip. The Heart Attack Stack—a massive mound of bacon-cheddar hash browns, fried chicken, waffles, bacon, cheddar cheese, salted caramel apple aioli, smoked ham, a fried egg, and red pepper béchamel—sounded like a decadent dish I was really looking forward to indulging in. This dish has the potential to be the ultimate hangover cure, but soggy waffles and chicken that tasted like it came from the frozen food section of a grocery store turned it into an unappetizing mishap. 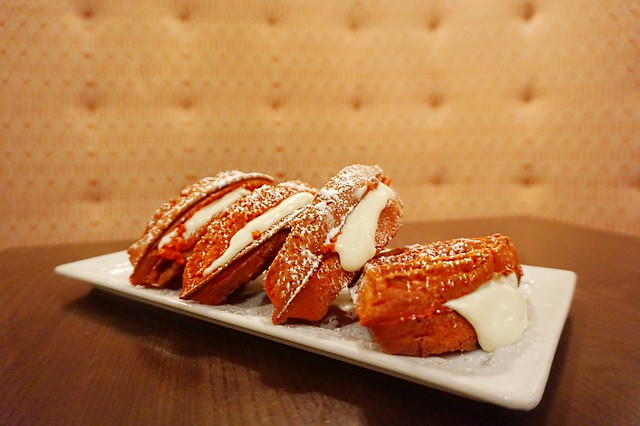 The red velvet waffles were equaling disappointing. They looked pretty enough, but sometimes looks can be deceiving. The waffles were cold and dry and lacked flavor. The maple syrup–infused mascarpone and cream cheese filling were sweet and enjoyable, but it wasn’t enough to save this sad dish. 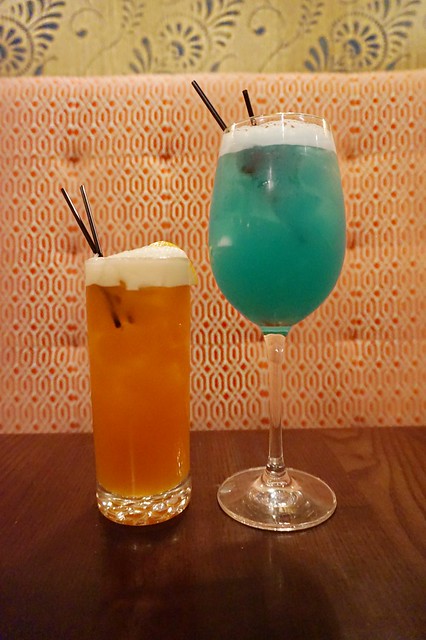 While we picked at our entrees, we also ordered another round of drinks—the Brunch 75 for me and the Ranger Danger for Hanna. My drink, made with gin, blackberry simple syrup, lemon juice, and prosecco, was just okay. Hanna’s, on the other hand, was much too sugary, and she was only able to take a few sips.

We left the restaurant still hungry and without a buzz — not exactly ideal for a post-brunch weekend afternoon.

The Bitches say: C-. Overall, Juniper has great potential—the menu is varied with some creative dishes, and the space is large and aesthetically pleasing—but the food was executed poorly, and the drinks were forgettable.

Juniper serves brunch on Saturday and Sunday from 11 a.m. to 3 p.m.