In a simpler time, we woke up on weekends to watch cartoons, play cards and board games with our siblings, and pour out a bowl of sugary cereal. Brunch took a different, simpler form. I never thought my dining experiences in the District would ever come close to that of the good ‘ole days, until I had brunch at Halfsmoke in Shaw.

My brother, Michael, was in town visiting for work and I had been raving constantly about the D.C. brunch scene. This brunch had to be something worth talking about, especially to his colleagues out in LA. Stepping into this gem of a restaurant, an aura of childhood energy was immediately present.

Neon signs that read “don’t grow up it’s a trap” line the walls, while there are stacks of board games scattered around the restaurant, up for the taking, and photo booths ready for snapping. All of this adolescent fun was accompanied by exposed brick, a fully stocked bar, and the sweet smell of roasting meats. We were surrounded by the all the perks of being a kid again, but with the necessary adult components (a.k.a booze and trendy-millennial vibes). 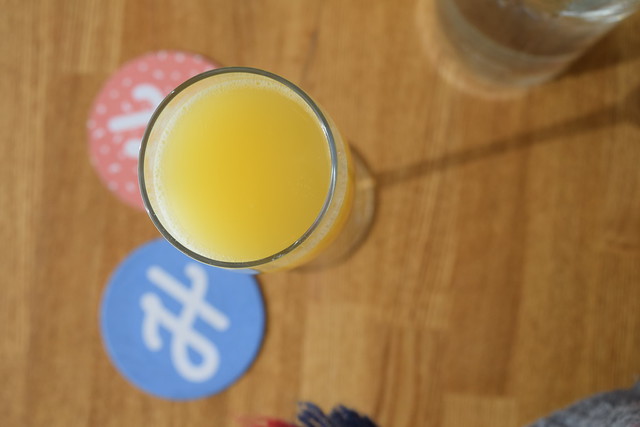 A very sweet, and fashionable, hostess escorted us to our table and started us off with some mimosas—because, yes, they come with your entree. My brother was really in the mood for a Bloody Mary. And, as we skimmed the drink menu, one item jumped out: The Breakfast of Shaw. Naturally, we ordered that immediately, before we even looked at the food menu. 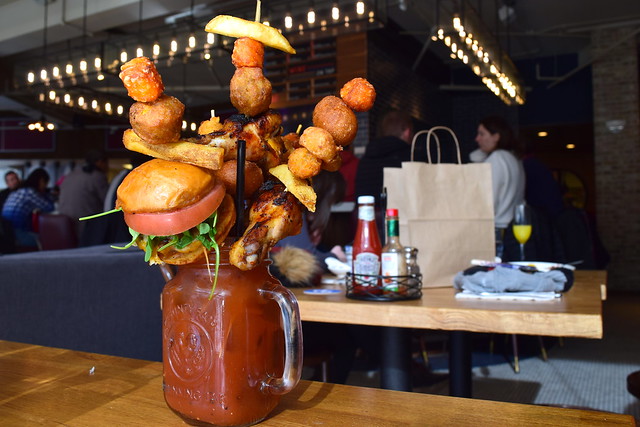 This beverage was one of those fully-loaded Bloodys you see on Instagram, you know, the ones you aren’t quite sure if they actually exist or not. Turns out, they do, and this one was fully equipped with wings, corn fritters, a slider, mozzarella sticks, fried mac and cheese, mini corn dogs, and tater tots.

While this type of gluttonous creation typically frightens me, I have to say, it was completely amazing. The food was still piping hot despite the chilled cocktail holding up the many skewers of fried deliciousness. The meats were well cooked, and the battered items had a sweet and savory balance within their crispy shells.

We were ready to see what other curve-balls Halfsmoke could throw at us. My brother ordered a take on the fried chicken and waffles; and I ordered the eggs Benedict. Of course, we finished it off with French toast. 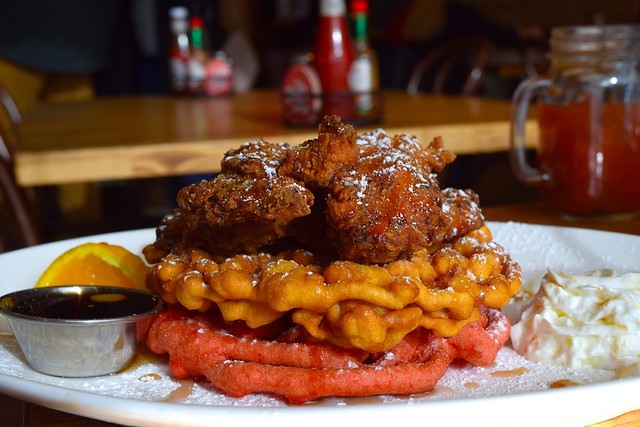 When our mains arrived, we could immediately smell the juxtaposition of the sweet and savory in Michael’s dish. The chicken was super crispy, and was made with a flavorful, pepper-y seasoning. These people seriously know Southern fried chicken. Instead of a waffle, this chicken rested on a fluffy bed of two funnel cakes: one regular and one red velvet. The combination of textures and opposing tastes was on point. 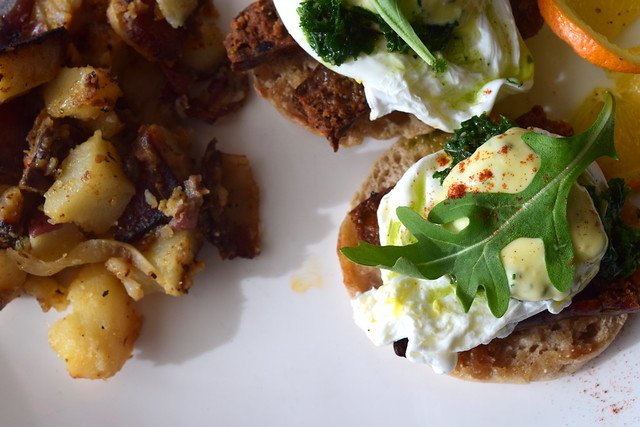 My eggs Benedict were done as they should be: with a crunchy toast, a saucy Hollandaise, and an egg tender to the touch of a table knife. It came with incredible lamb sausages instead of the traditional thick cuts of ham, and was topped with a kale pesto for extra zest. If you’re not a big lamb eater, you may not fancy this dish, but they have mastered the sausage game, so it’s definitely worth a try. 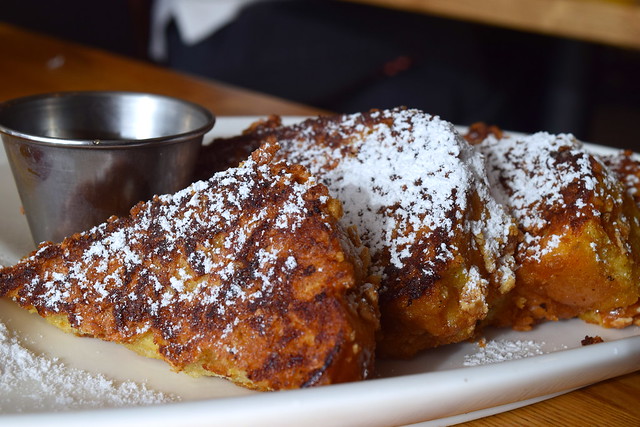 The meal was going so well that I was worried my most important brunch measurement would disappoint. It couldn’t all be this good! This French toast was coated in Cinnamon Toast Crunch, a risky redundancy because French toast is already a sweet, cinnamon explosion (at least, it should be). After one bite, I have to deliver high kudos to the team at Halfsmoke. This French toast was caramelized, cooked through, moist, and just sweet enough to be dunked in high-quality maple syrup.

The Bitches say: A. Despite their brunch menu debuting only a few months ago, Halfsmoke is cranking out fun vibes, and even better grub. The kid inside you will be very thankful you made your way to Shaw for brunch at this establishment.