New York has been hot–VERY hot. I love being outdoors on the weekends, but it’s hard to convince yourself to go outside when you feel like you’re literally going to melt after just five minutes. Thankfully, a few weekends ago we scored a Saturday where the temperature was actually bearable, and I was able to convince the beau and two of our friends to make a day trip to The Cloisters in North Manhattan. 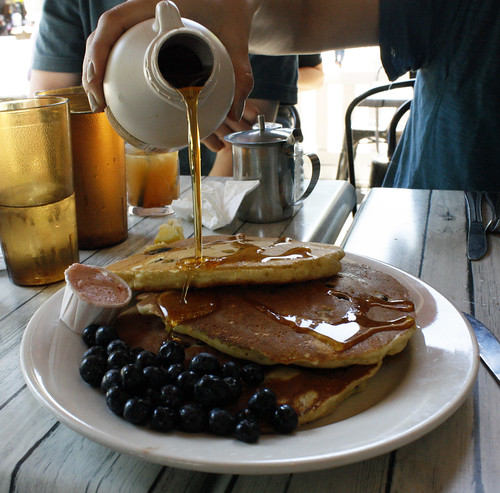 But before we began our day exploring new terrain, we needed food. I racked my brain for a great brunch place on the Upper West Side that we hadn’t been to yet. Then I remembered: I had heard about Good Enough to Eat a handful of times, and had been meaning to try it. I suggested that should be our meeting place, and off we went. 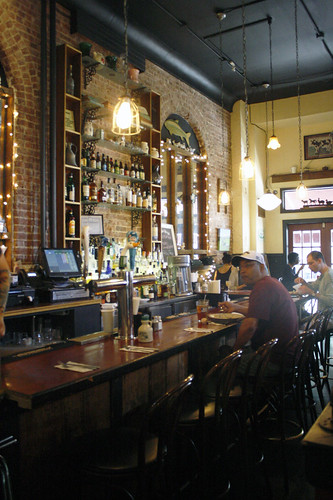 Good Enough to Eat is a cozy little spot on the corner of Columbus Ave. and W 85 St. It has a very rustic, farmhouse feel to it, complete with wooden tables and a white picket fence that lines the patio. We were able to score a table outside, in the shade. 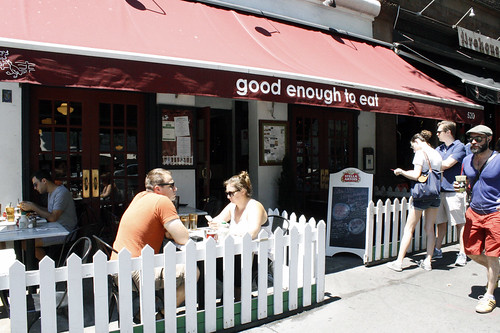 I originally planned on skipping the cocktails this go round (gasp!), as I didn’t want to be tipsy for our Cloisters adventure. But then I saw a bacon Bloody Mary on the menu, and realized I couldn’t leave without trying it. 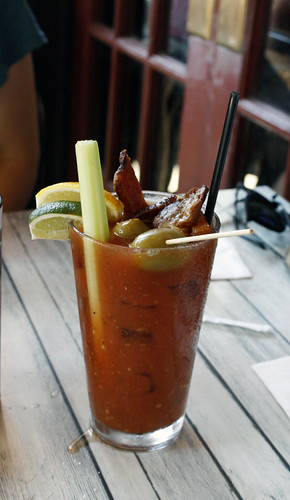 The Bloody was spicy, the bacon was smoky, and the horseradish was pungent – just like I like my Bloodys. There was a hint of lemon, and another taste I couldn’t quite put my finger on. It almost tasted like a bit of beer had been added to the mix, but our server confirmed their recipe was fairly traditional. 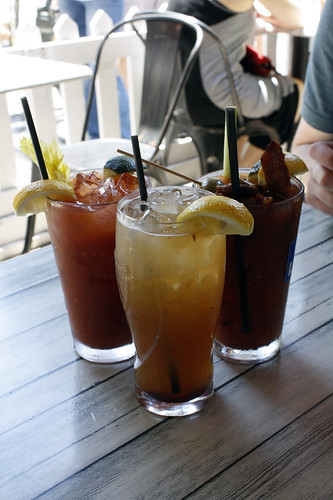 The boys went with more manly drinks; Fields with a beer, and our friend Ed with the Smokey 46. Ed’s cocktail consisted of Maker’s Mark 46 with chipotle and fresh sour mix. I’m not a huge fan of sour mix, so I didn’t appreciate this cocktail, but Ed really enjoyed it.

G.E.T.E.’s large menu is inspired by American comfort fare, with a bit of a twist. We were all oddly feeling eggs on this particular morning, and everyone ended up ordering egg-based dishes. 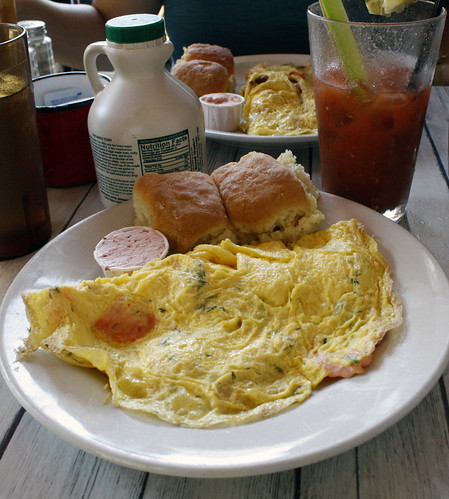 I decided on one of the seven omelette variations: The Upper West Side omelette. Made up of smoked salmon, cream cheese, and dill, this dish had a lot of potential. But the cream cheese wasn’t evenly dispersed, leaving some bites really dry. However, when I did get a bite that consisted of all three components, the flavor and texture were pretty great. 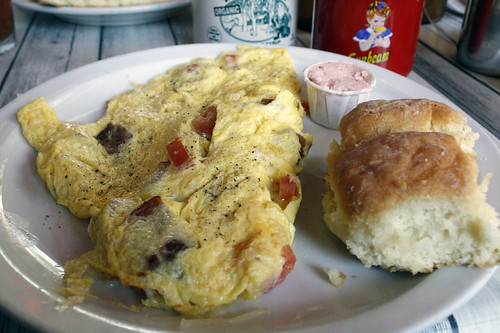 Simina ordered the BLT omelette, which had double-smoked bacon, tomato, and gruyere cheese folded into the egg. The dish wasn’t bad, but it also didn’t blow her mind, and she commented that she had had better brunch dishes at G.E.T.E. before. 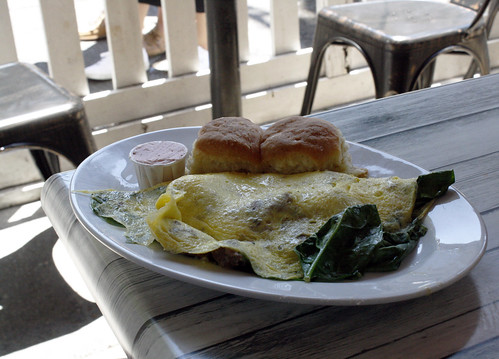 Like myself and Simina, Fields also ordered an omelette (so many omelettes!). He went with the Astoria variation, complete with homemade sausage, fresh spinach, and feta cheese. He really enjoyed his dish, and mentioned that all of the flavors complimented each other nicely.

All three of our dishes were also served with biscuits and homemade strawberry butter, which we couldn’t get enough of. The biscuits were fluffy and slightly salty, which contrasted nicely with the sweet strawberry butter. 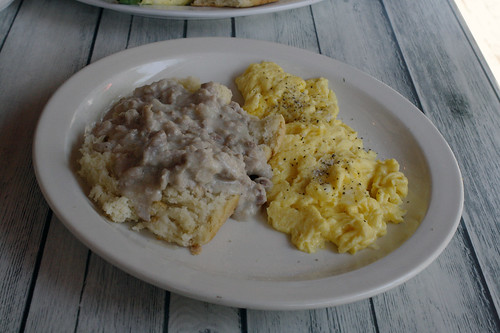 The rebel of the group, Ed ordered the Deep South. A fairly simple dish, his plate consisted of homemade biscuits topped with sausage gravy, with three scrambled eggs off to the side.

This was deemed the winning dish of the day, with all of us slowly trying to steal bites off of Ed’s plate. Again, you could tell the biscuits were homemade, and the eggs were cooked perfectly. The gravy was rich, but not too rich, and flavored just right. Fields commented it was almost as good as his grandpa’s homemade sausage gravy. 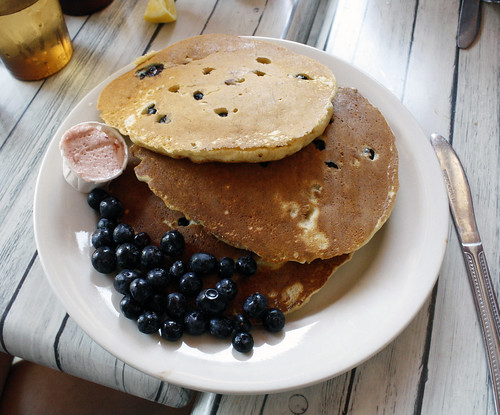 I convinced the group to order a round of blueberry pancakes to share. These were G.E.T.E.’s seasonal pancake offering while we were there, and I’m so glad we had the chance to try them. Served with fresh maple syrup and more strawberry butter, they were fluffy and delicious. The blueberries were so refreshing and tasted fresh off the farm.

The Bitches Say: B+. Good Enough to Eat serves quality comfort food and offers a variety of options that will please everyone in your group. Everything we had was tasty, but the pancakes were on another level!