I make an effort to explore New York’s diverse neighborhoods and their accompanying restaurants. One neighborhood I’d never visited? Greenpoint, Brooklyn. Likely because it’s not terribly accessible. I was meeting Shera, a stylish redhead from the South, for brunch. An expert on Brooklyn’s brunch scene, Shera told me Glasserie was top on her list, and I trusted her word.

When I arrived, she was seated with a cocktail at the bar, which lies in the center of the restaurant. The aesthetic of the space is minimalist, with lovely natural light flooding in through the windows. It can best be described as prohibition meets warehouse, with some industrial light fixtures and accents, simple wooden seating, and beautiful natural light pouring in. And that day the space was filled with a mix of couples, friends and young families at brunch.

We began with cocktails, naturally. Shera’s pretty pink cocktail was crafted with mezcal, grapefruit, and a lime. It was light and went down easily. My mimosa was classic, frothy, fresh, and served in a low tumbler like Shera’s drink. I appreciated that they used quality champagne. 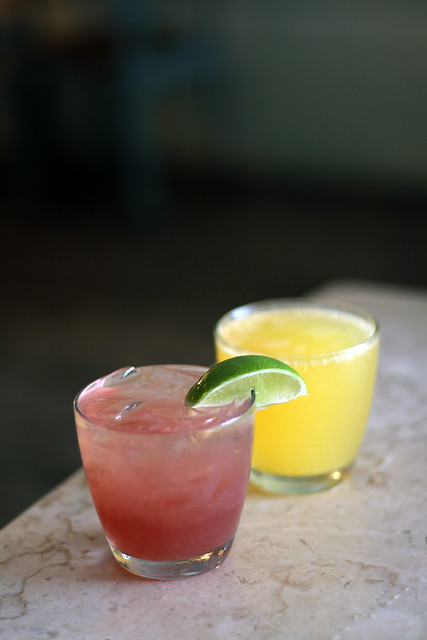 To start, we opted for the mezze sampler, which costs $19 a person to share a mix of Mediterranean appetizers, or $25 to share the spread, plus have an entree. As Bitches, we opted for the latter. And, what a spread it was. When it arrived, we were stunned by the sheer number of small bowls of delicious things, mostly spreads and veggies. 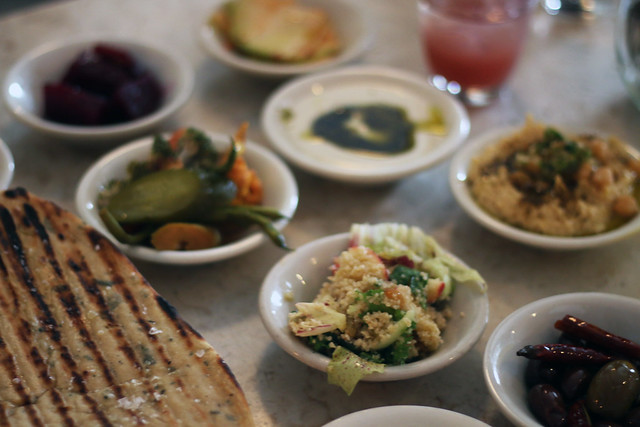 The spread included pickled veggies, a couscous veggie salad, and olives, all of which were delicious. The hummus was beautiful, and Shera really enjoyed it. Meanwhile, I don’t really love hummus, which most people think is blasphemy. There were also roasted beets and roasted tomatoes, both of which were delightful. 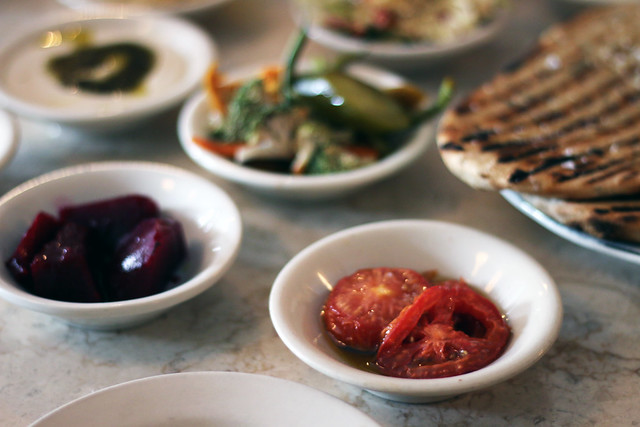 The absolute home runs of the mezze spread were the feta spread, which was creamy, flavorful and served with sweet balsamic and olive oil. And the flatbread, which was utter heaven. The thin, moist, and fluffy bread was filled with herbs and sprinkled with sea salt. It was the hot, satisfying melt-in-your-mouth type of bread you keep reaching for. 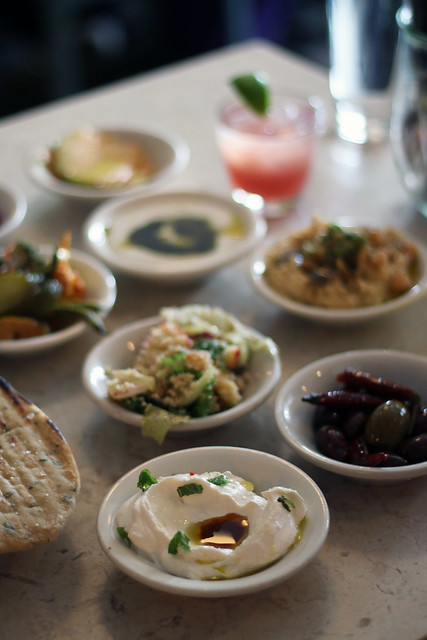 The eggs and sausage we ordered were simple but good: two beautiful, sunny-side up eggs, served with Greek lamb kofta, a tahini oregano cream, and a light, fresh salad. This was a simple Greek take on breakfast that would be great for anyone looking for a clean but satisfying breakfast platter.

We also shared the salad, which is available during lunch and dinner. At first, we were put off by the salad because it looked a lot like a larger version of the salad included in the mezze sampler. It also had a good bit of dressing. Oh, were we wrong.

This salad was packed with feta, oh-so-crispy chunks of falafel, onion, and sumac, resulting in a mix of crispy-crunchy, cheesy flavorful deliciousness. This was no ordinary, boring salad. I’m typically someone who hates ordering a salad but forces herself to do it, and I was happy I did. 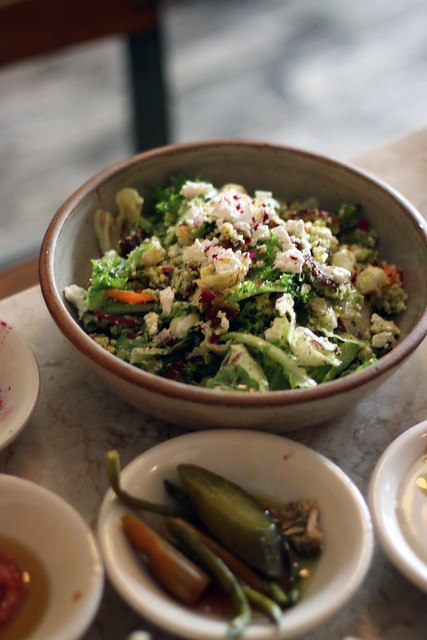 The home run of the brunch was the last dish: the fried crescent pastry, a puff pastry filled with spinach, feta, charred onion, and egg. It was crispy, buttery and flaky on the outside, and filled with flavorful, hot and crumbly feta deliciousness on the inside. It was served with a small, beautiful, side salad. 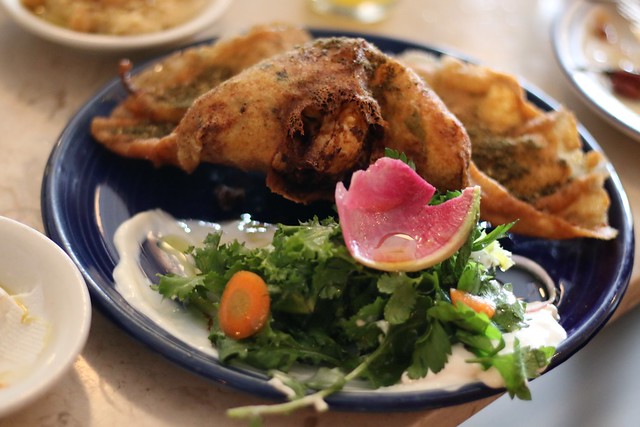 Last but not least, Bitches never pass up dessert. I ordered an iced coffee in order to overcome my food coma, and we decided to go for chocolate. The chocolate parfait was a tall glass of chocolate mousse swirled with a lavender cream—yes, lavender—which paired surprisingly beautifully without tasting odd. 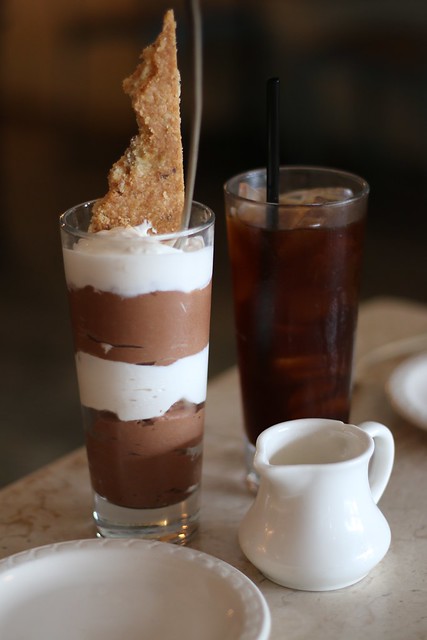 The Bitches say: Five Flutes for delicious, memorable Mediterranean fare in a chic ambiance with great service. Glasserie would be our go-to if we lived in Greenpoint, but it’s worth a trip if you do not.

Glasserie serves brunch Saturdays and Sundays from 10 a.m. to 4 p.m.