I get it, a themed restaurant doesn’t exactly scream Bitch brunching in the city. But, Gilligan’s summer pop-up restaurant at the Soho Grand Hotel is the absolute epitome of just enough embellishment and just enough chic. So, it’s basically my ideal venue for an intimate,  patriotic happy hour with my closest friends. 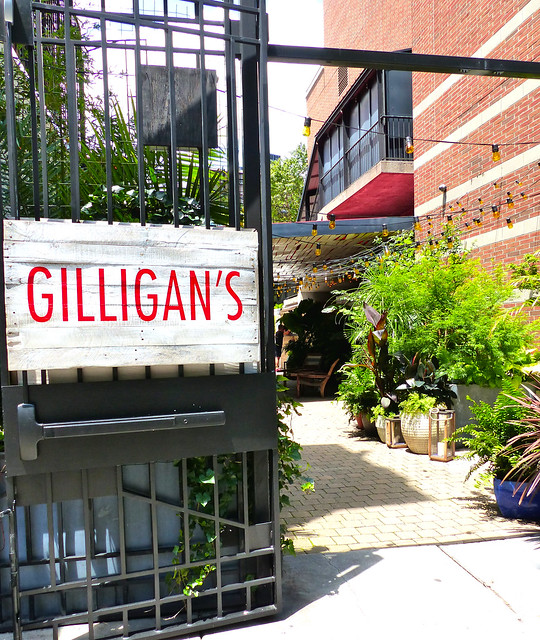 Summer afternoons get steamy in this concrete jungle, so a restaurant without an indoor option may seem extreme for weekend brunch. The creators of this nautical, hidden gem really thought of every detail, including perfectly positioned misting fans igniting every twenty minutes to keep patrons laughing as they sip tropical cocktails and rosé.

We four ladies were ready to keep the party going after our girls’ night lasted into the wee hours of Sunday morning. Arriving at Gilligan’s just after 1 p.m., we were one of only about five tables full of relaxing guests. Shocked that this adorable space wasn’t overflowing with girl gangs, we quickly ordered our first round of the signature, frozen watermelon margaritas. 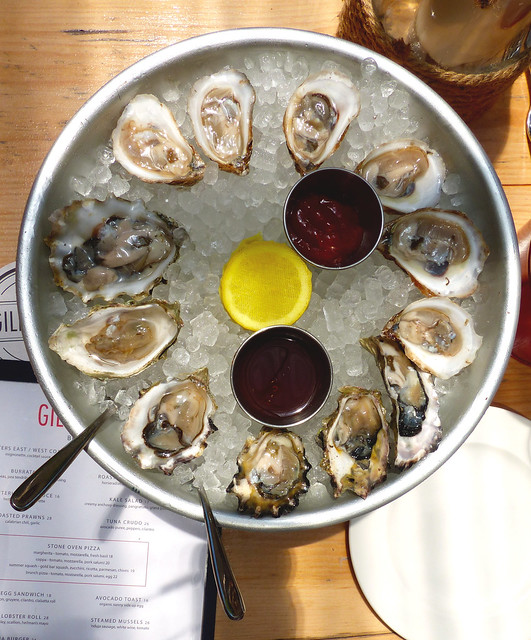 To accompany our refreshing libations, we settled on a dozen east and west coast oysters and an avocado & pita appetizer. The oysters were huge, juicy, and tasted quite fresh. We were definitely impressed as Chelsea and I are constantly on the hunt for delectable oysters in New York. Our avocado & pita was right up there with the oysters. Coming out a bit differently than I expected, the pita was toasted and seasoned perfectly— creating a chip like texture. I’d probably consider this the un-Mexican version of guac and tortilla. But, again it was super fresh and tasty. 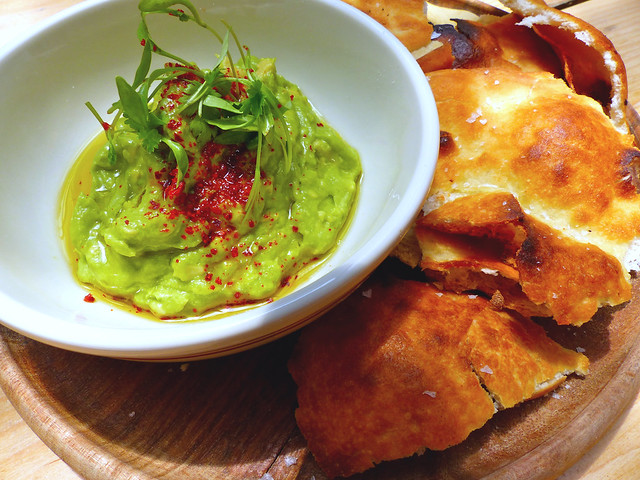 We were on to our entrees with one more round of margaritas. Emily went for the fried egg sandwich. With a ciabatta roll quadruple the size of the sandwiches contents, the bread was a bit too much. Under the massive roll sat a delectable combination of fried egg, avocado, bacon, and melted gruyere. Paired with lightly dressed greens, this mouthful will definitely be reordered on our next visit. 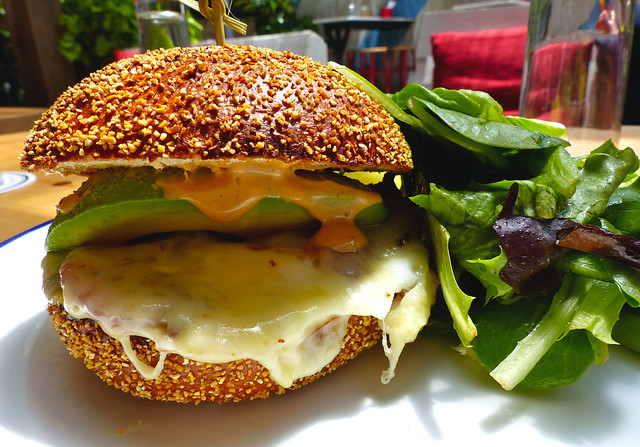 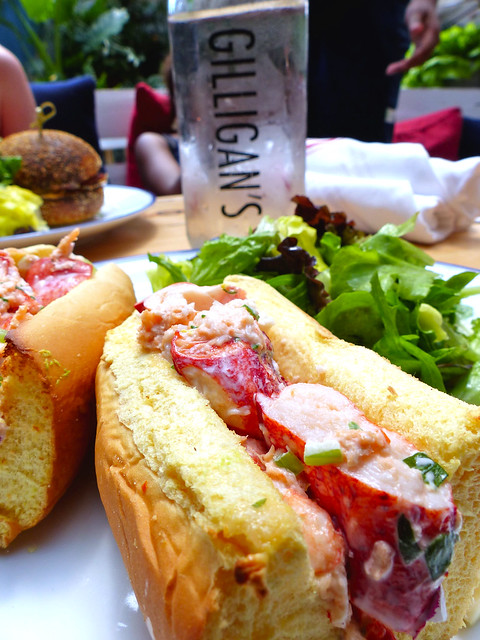 Jade gobbled up a classic avocado toast served with a sunny side up egg, and I snagged the tuna burger. Again, the chef overestimated with a gigantic roll. This time it was sourdough, and the peppered tuna, caper aioli, and shaved fennel flavors got lost under the bread. Ultimately, I decided to forego the roll and fork and knife the contents which were absolutely delicious. 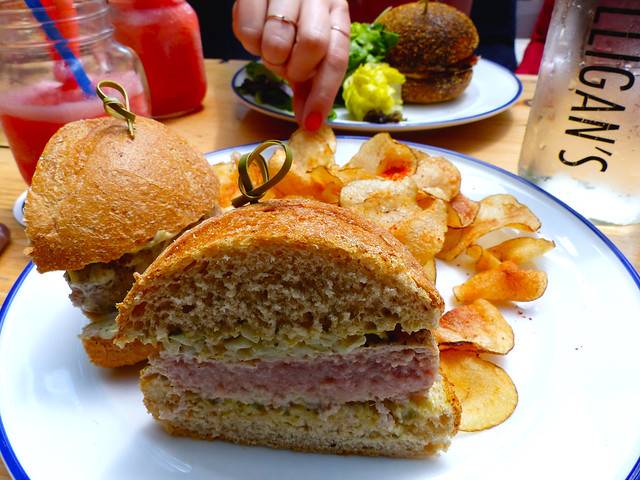 It’s not a celebration without dessert. And with only one sweet treat on the menu, we decided to go for it. Lemon custard with wafer pieces and raspberries: definitely wasn’t worth bragging about, but I love to end a great meal with something sweet! 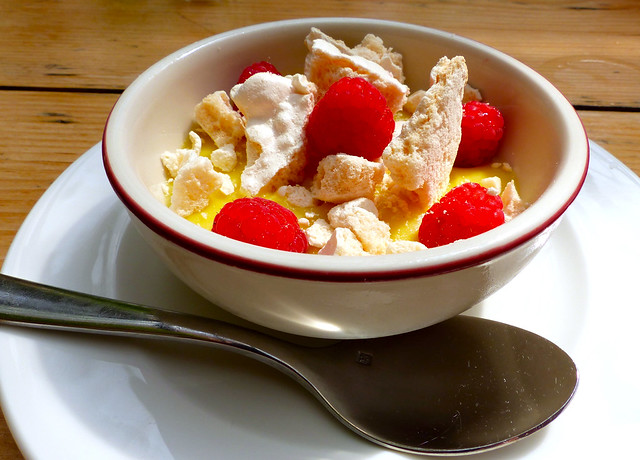 The Bitches say: Five flutes Gilligan’s is the perfect NYC escape when you aren’t actually able to escape the city. Enjoy delicious seafood and sip frozen watermelon margaritas at this secluded hidden gem in the heart of SoHo.

Gilligan’s serves brunch on Saturday and Sunday starting at 12 p.m.