Fig & Olive is a beautiful and picture-perfect setting for brunch and special occasions. The upscale chain has locations around the country in New York, southern California, D.C., and Texas. I’ve been a fan since its Chicago opening in 2014 and have admittedly gone out of my way to visit several of their other locations! I have spent Valentine’s Day there and even had a bridal shower on their scenic third floor. They have a wonderful happy hour, but on this particular Saturday, we were invited in for brunch. 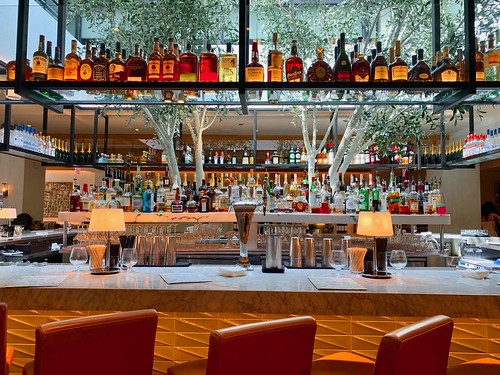 The Oak Street venue spans three floors with spacious plush seating, a delicate and light color palette, and lots of natural light. Their rose garden is open for the summer season and overlooks Oak Street, Chicago’s ritzy Gold Coast shopping mecca. You can sip martinis in the sunshine while overlooking foot traffic in and out of the likes of Chanel, Tod’s, and Moncler. The space – both indoors and out – feels like a relaxing oasis. Even though I’ve been in many times before, each visit leaves me wanting to come more often. 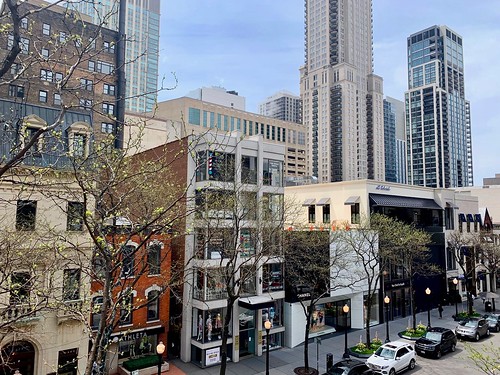 My husband and I decided to kick off brunch with a Bloody Mary and a black coffee. Chase orders Bloody Marys at every brunch we attend, and he declared this one the best he’s tried; flavorful and lightly spiced with garnishes of lime, celery, and olive. It should be noted that, while delicious, the cocktails are pricey. Most average about $16, but many are half off during their Sunday through Thursday happy hour. The coffee was smooth and drinkable – not overly strong or bitter. 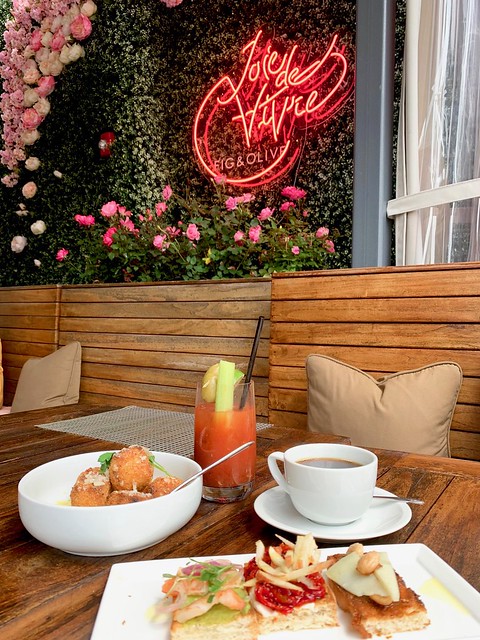 In addition to the complimentary focaccia and trio of olive oils and balsamic, we ordered two appetizers. The signature crostini is an absolute must and are a staple on the lunch, dinner, and happy hour menus. We tried a manchego with fig and Marcona almond (my favorite!), a Gorgonzola with apple and red pepper marmalade (Chase’s favorite), and a marinated shrimp with lemon and cilantro. The Gorgonzola was light, not overpowering. The shrimp was also delicious and the toast was perfectly crisp for all three. I swear I could make a meal out of just the crostini and cocktails here (and at happy hour, I have many times!). 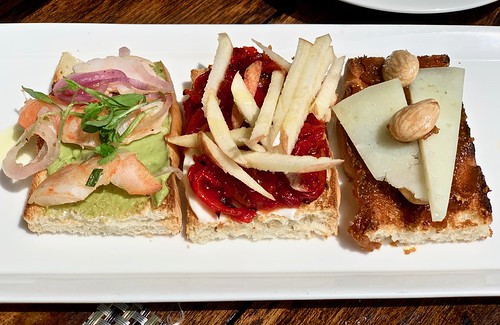 We also had the mushroom croquette with truffle aioli and Parmesan. This dish is extremely rich and truffle flavors are a bit overpowering, but if you are a truffle fan – it’s to die for! The croquettes have a crunchy coating with a creamy, savory mushroom filling. There seems to be a bit of variation in this dish between locations if my memory serves, but I haven’t met a version that I didn’t like. 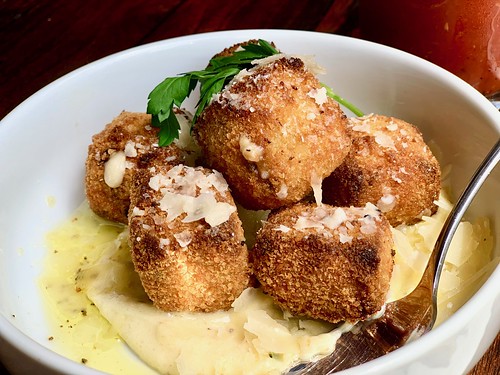 In an effort to throw ourselves wholeheartedly into the brunch offerings, Chase ordered the Provençal breakfast. It included two fresh farm eggs (he ordered them scrambled), hash browns, chicken apple sausage, pancetta, stuffed tomatoes, and toast. The eggs were fluffy and you could taste the hints of apple in the sausage. The pancetta was salty, delicious goodness. The hash was a little soggy being at the bottom, but still good. 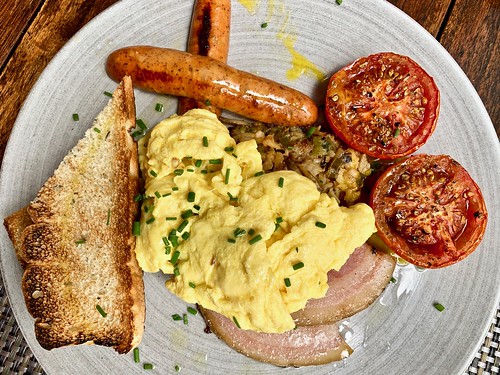 I can’t see salmon on a menu and not order it. So when I saw the Riviera salmon, I decided that was a must – as not brunch-y as that selection may seem! It was a simple presentation. The salmon was cooked exactly as I ordered it, but the sides were a little sparse. The pea puree was flavorful, and the dish was paired with a few pieces of asparagus and onions. I enjoyed it, but there are other menu items I have enjoyed more in the past. (I would recommend the Fig & Olive salad as my top choice. Or just more and more crostini until you are full!). 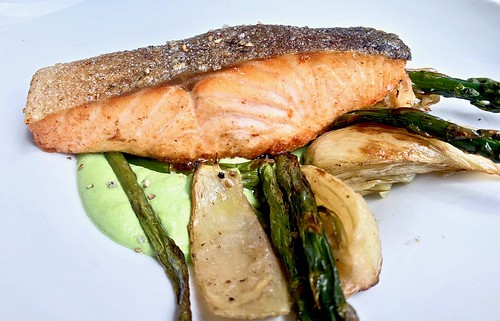 Despite my love for Fig & Olive, I hadn’t been in for a meal in a long time. Chase and I were both impressed with our selections, the ambiance, and the service. It made us wonder why we haven’t prioritized this restaurant more during the last few years. It takes a lot for a restaurant to earn staying power in such a busy, foodie-city, but Fig & Olive is as good now as it was the day it opened. We will definitely be back soon!