Bitch note: Introducing Dannah, our newest D.C. Editor! Dannah just moved to D.C. from New York, where she worked for Brunch Boys and the Food Network. She’s a brunching queen, ready to take D.C. by storm.

It’s quite common for this serious bruncher to be a yes-woman when it comes to opting for a good bottomless brunch deal. When I heard El Chucho was $22 for bottomless mimosas, an entree, and a side of some serious hipster-Mexican aesthetic, I had to check it out.

El Chucho’s space has super cool, old-school diner vibes with a hint of something rustic, thanks to the exposed string lights and wood paneling. The Columbia Heights restaurant boasts outdoor seating and an awesome rooftop. However, we arrived at about 11:30 am, and it was nearly empty.

With a party of five, we were worried it’d be packed; instead, we suddenly became worried for a different reason. It dawned on us that bottomless brunch is always more fun when the other patrons in the restaurant are also down to get their booze on. 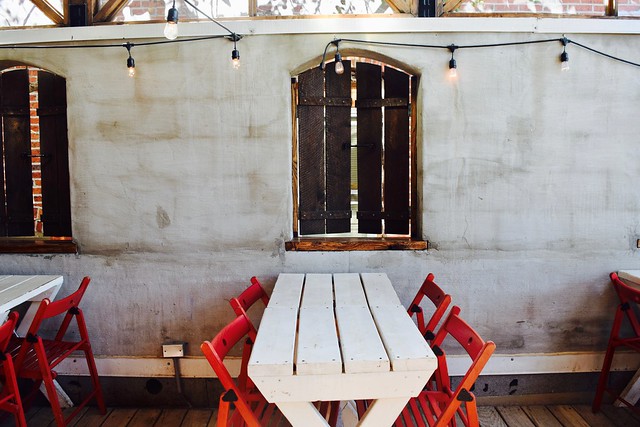 The wait staff was friendly and knowledgable about the menu. We started with the mimosas, obviously, and they came in two flavors: a classic orange and an exotic hibiscus. The ratios of juice to alcohol were on point for this bizarrely warm October Saturday.

All the brunch options were classically Mexican, but with a bit of a trendy edge. We got two orders of Huevos Rancheros, one with scrambled eggs and one with eggs over medium; two burritos, one veggie and one with meat; and one order of Chilaquiles, which is basically nachos with a runny egg on top. 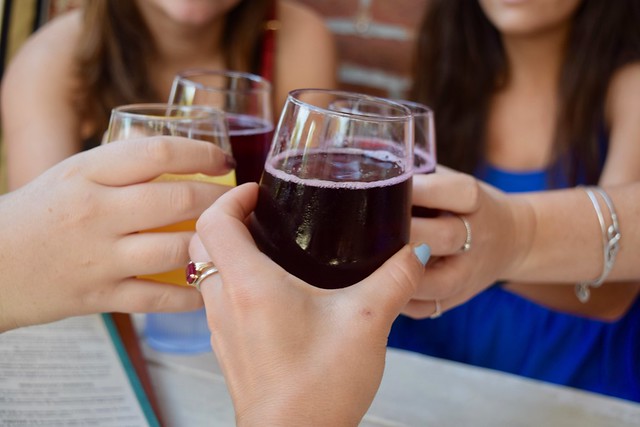 As the Huevos Rancheros came out, our ravenous moods felt slightly saddened by the beautiful, but small-ish portion size. I call this the fancy-tiny-taco-dilemma; good flavors, and fun aesthetic, but at the end of the day, it’s just too small to be remembered.

The burrito was a much better portion size, and it was great because it wasn’t covered in too much sauce and cheese. 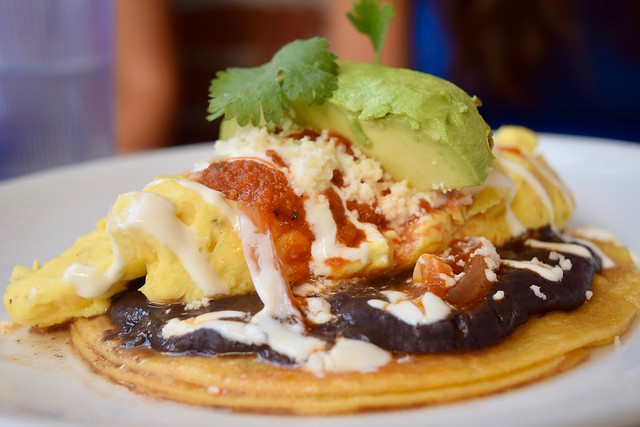 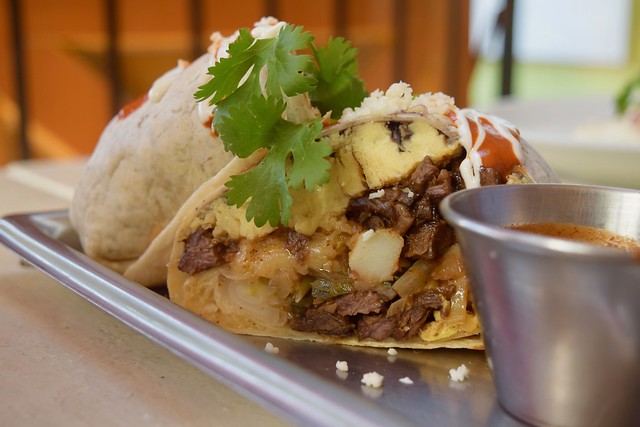 We all agreed the Chilaquiles were a crowd favorite. The portion was also small, but it was just big enough that it didn’t send us into a nacho-inducing coma. The sauces on the eggs were creamy and spicy, the chips stayed crunchy, and the eggs were perfectly cooked.

As the meal came to an end, more people started to arrive and the brunch vibe was much more lively. 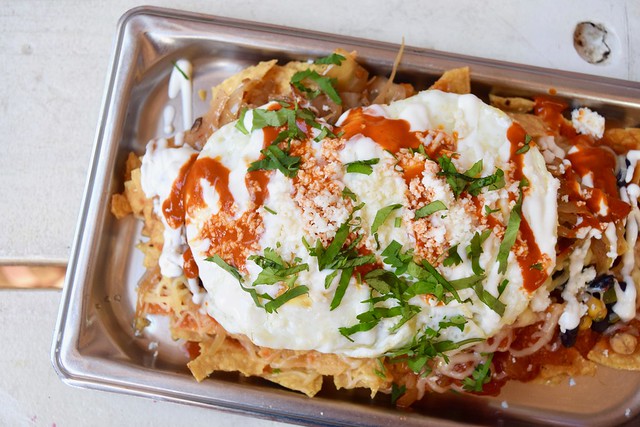 The Bitches say: B+. We were delighted with our stay at El Chucho, but would definitely recommend starting with some appetizers and kicking back several mimosas to heighten your experience.