I have a confession to make: I am a Vanderpump Rules fanatic. If you watch the show, you know that Brittany Cartwright’s mamaw makes her a shareable dish called beer cheese that’s made its way onto the small screen on more than one occasion. My boyfriend and I were determined to taste this Kentucky delicacy, so I scoured the internet for the best beer cheese in New York City.

We strolled all the way up Park Avenue to 97th Street, and I have to admit this was my first time this far north on the east side, ending up at Earl’s Beer and Cheese and wow, just wow. 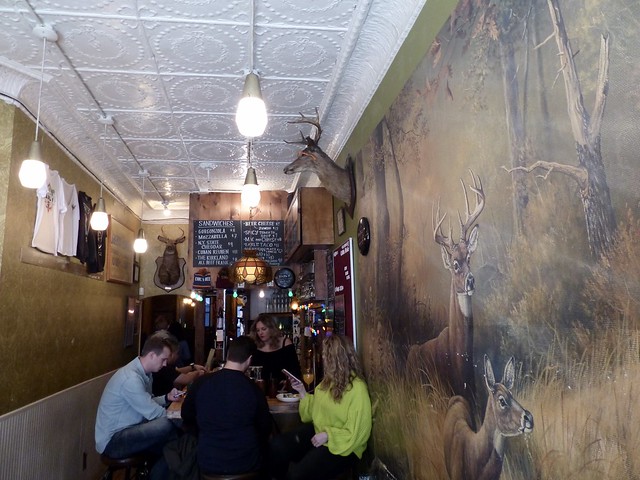 Upon entering, we were greeted by one of the sibling owners, Gina, and what seemed like her weekly crew at the bar—somewhat à la Cheers. I immediately knew this brunch was going to be a good time based off of the warm atmosphere and the Usher throwbacks permeating the room.

My beau was in the mood for a Bloody, and Gina suggested her signature version served with Jacks Abby Lager instead of vodka. Compared to a traditional Bloody Mary, this version was a light and refreshing take that would be particularly revered by those with an affinity for beer, which unfortunately he doesn’t have.

Influenced by his decision, I also went for an order unlike my typical. A can of ginger Shacksbury Cider Spitz landed on our long community table. (Quick side note about the wooden plank in the photo below: It was once a bowling lane at the owners’ grandparents’ alley.) My drink was bubbly and yummy, and I’d definitely order it next time I find myself in a beer hall. 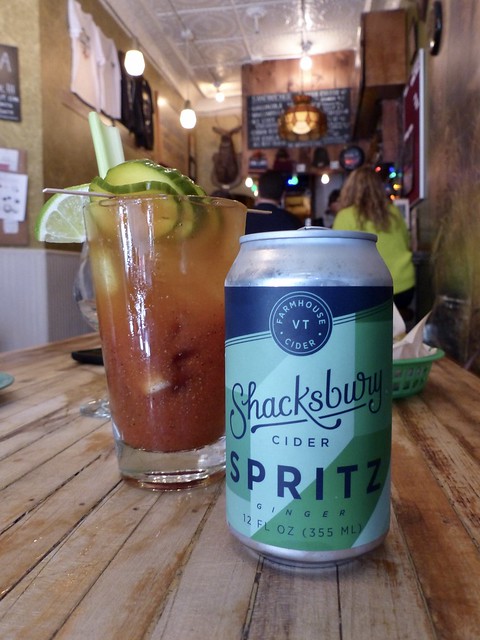 We were then on to what we considered the main attraction of our visit, beer cheese. While some versions of the spread are served sans beer, Gina assured us that there was indeed beer in her recipe. We expected a bowl filled with queso-like consistency to head our way, but instead we were surprised to see a thick spread made up of New York state cheddar. Taking the expert’s instruction, we rubbed garlic on the homemade toasted sourdough slice and then spread a layer of the signature dip across the slice. We counted to three and each took our first bite—perfection. 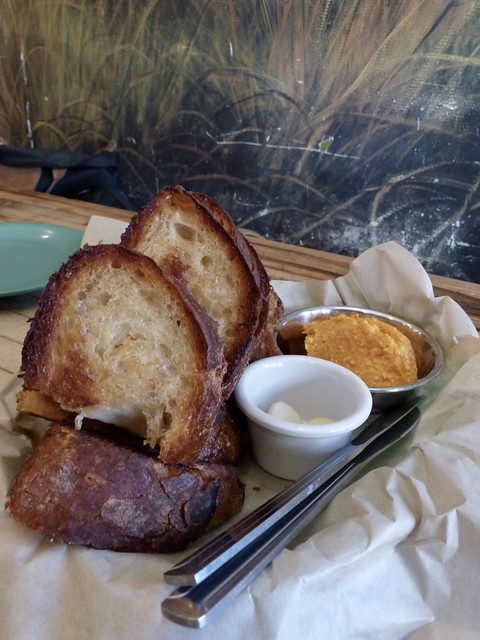 After we retired the beer cheese and about a half a loaf of bread, we were onto entrées. Soon we realized that Earl’s Beer and Cheese is definitely not for the calorie counter or vegetarian bruncher. I munched on the Eggs Benedict, which was anything but typical. The fluffy English muffin was served with poached eggs, juicy braised pork shoulder, and a Hollandaise sauce that I swore had some Sriracha in it. 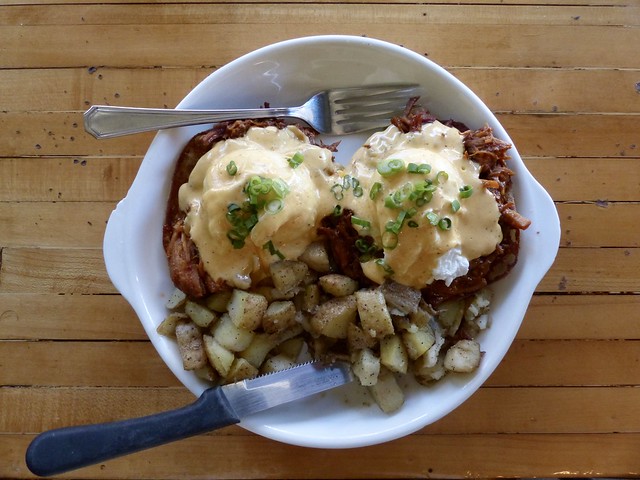 My man went for an equally as hearty selection, the TBD. Gina and her brother couldn’t come up with a name for the sandwich when they first opened Earl’s, thus the TBD was born, and the name stuck. I would never have thought to add maple syrup to a breakfast sandwich, but boy did it make for a delicious combination. We voted this egg, cheddar, and Canadian bacon–filled brioche the best hangover helper in the neighborhood. 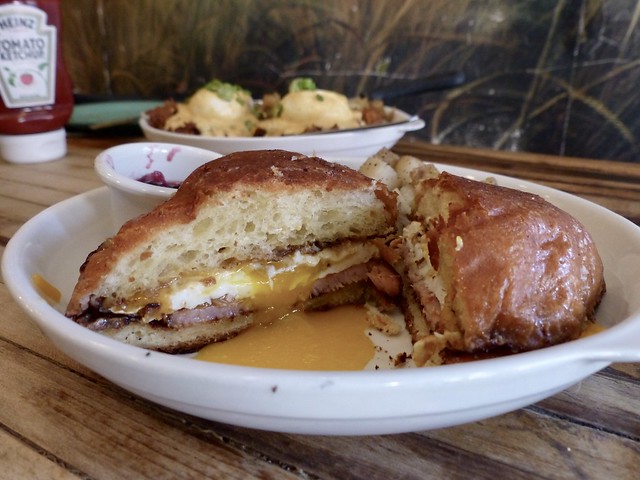 Let’s just leave it at this—expect to be in a food coma for several hours after leaving Earl’s Beer and Cheese, but know it will be totally worth it. 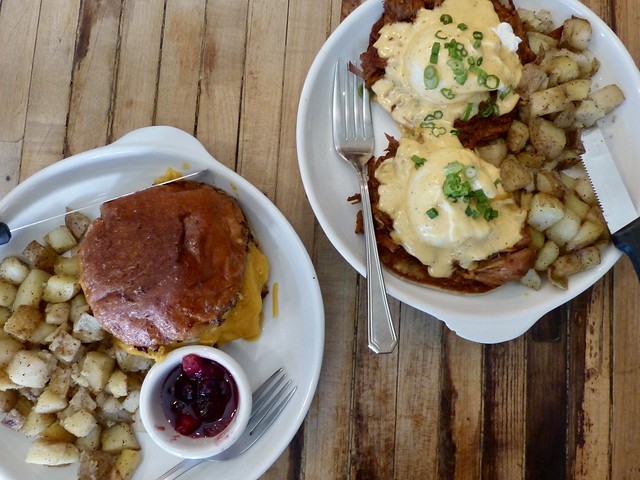 The Bitches say: A. Earl’s Beer and Cheese is a no-frills brunch perfect for curing any hangover or trying to wrangle all your friends over a hearty meal.

Earl’s Beer and Cheese serves brunch on Saturdays and Sundays from 11 a.m. to 4 p.m.