17th Street is important to D.C.’s history and rituals correlated with the pride parade. 17th Street is even more important now that it’s the home to a variety of pretty perfect restaurants. Duke’s Grocery is the hipster, British style bar and restaurant we could eat at every day and still feel like we are treating ourselves to something special. They’ve expanded since the establishment opened with Duke’s Counter up by the Zoo and, now, with a location in Foggy Bottom.

We heard the space was bigger and has more lavish London touches than its other two locations. A kitschy phone booth is a solid touch to really seal in the essence of the UK. Pub bar counters, high top stools, and dark stained wood accents have us craving one of their many beers on tap and some dark liquor, but we remembered our mission: the restaurant had invited us in to host us for brunch. The same awesome outside seating offered at 17th St is also available for the taking. 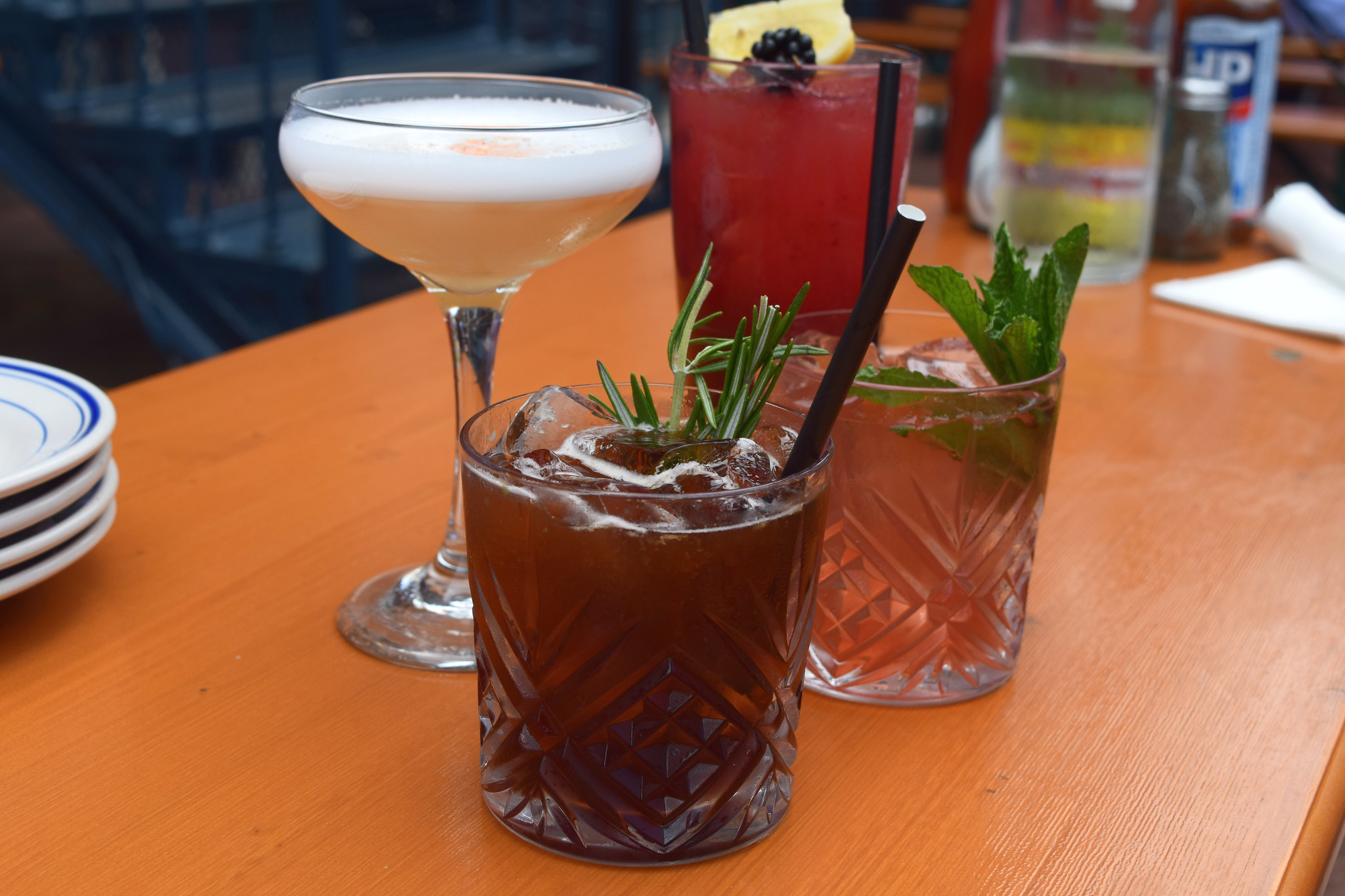 They have a massive list of cocktails available all day, every day. We tasted a bunch of them but to name our favorites: the “nice and sloe,” the “cucumber rickey,” and the “rosemary maple bourbon sour.” All the cocktails were different from one another and each puts a unique twist on the Duke’s menu. The “nice and sloe” was refreshing and citrusy as well as strong on the booze from a mix of both gin and white rum. Similarly, the cucumber ricky was refreshing and stayed true to summer summer flavors with cucumber and ginger in a tall, sweaty glass. The rosemary maple bourbon sour is something I would want to drink on a ski trip after unclasping my overly-tight plastic boots: it’s sweet, herbal, and definitely takes the edge off. 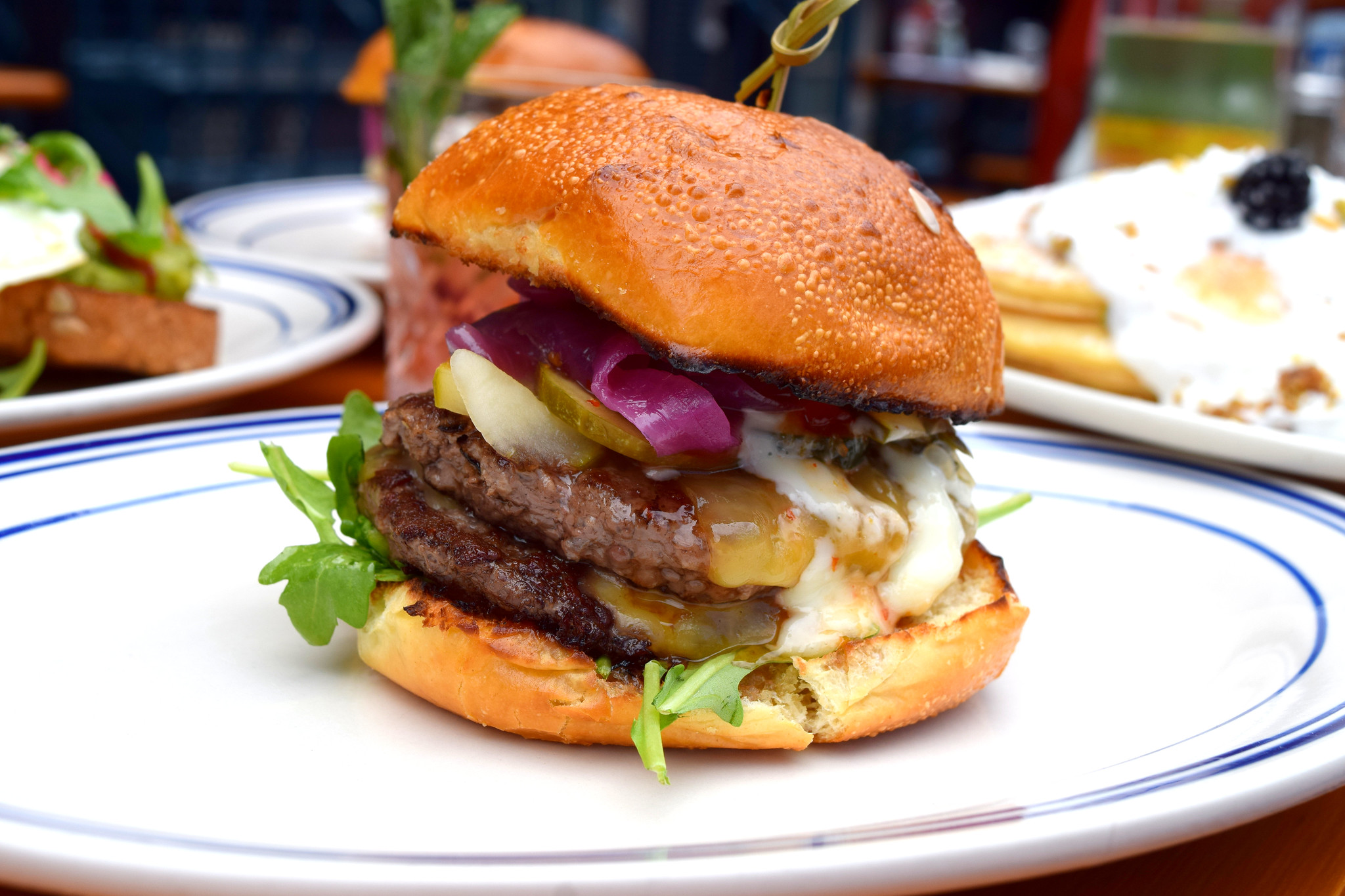 It’s confirmed. The burger is still good. It’s real good. It’s even better with an egg. That is all. 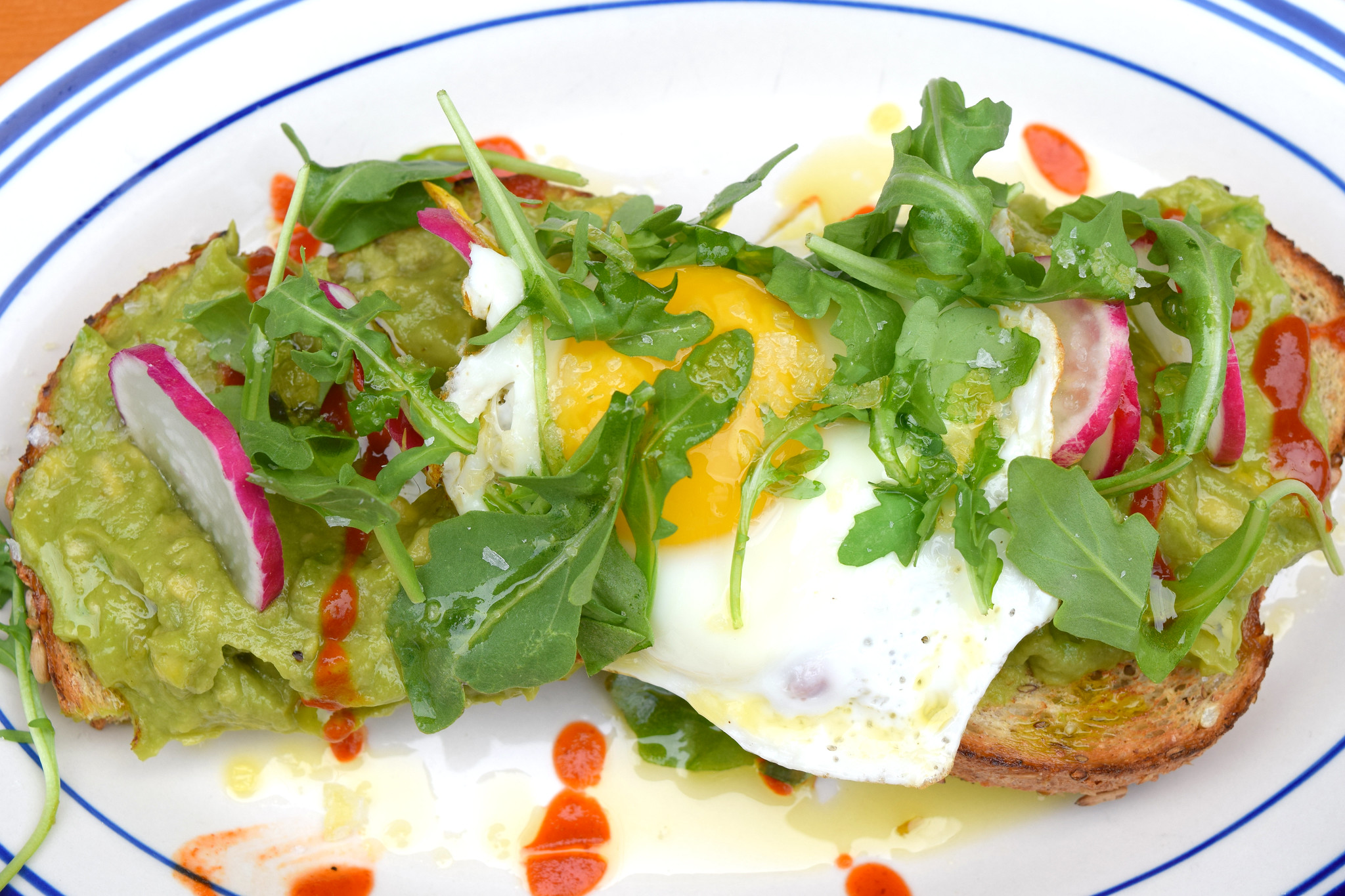 The avocado toast is a solid, simple, clean-eating option at Duke’s. The avocado was definitely too guacamole-like, but nothing to be wary of. If you really can’t find anything else you fancy on the menu, order this. Otherwise, the other menu items are bloody awesome. 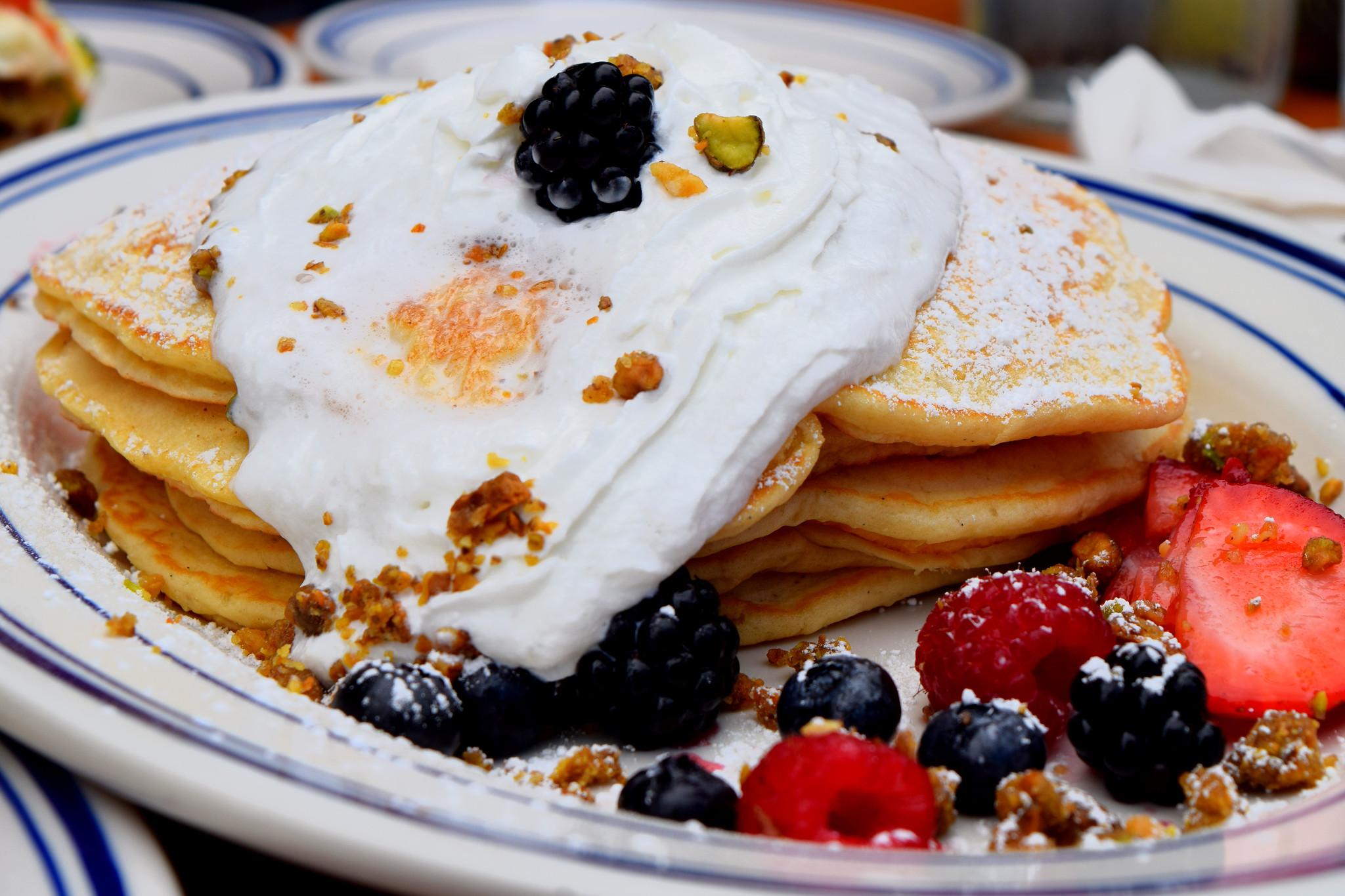 So, people often inquire about the best pancakes. I didn’t have an answer I could 100% stand behind, until now. The Proper Stack takes the title as best pancakes in the District (so far). Whipped with egg whites, this stack is airy, but not overly thick and is adorned with the right amount sweetness without syrups or artificial flavorings. 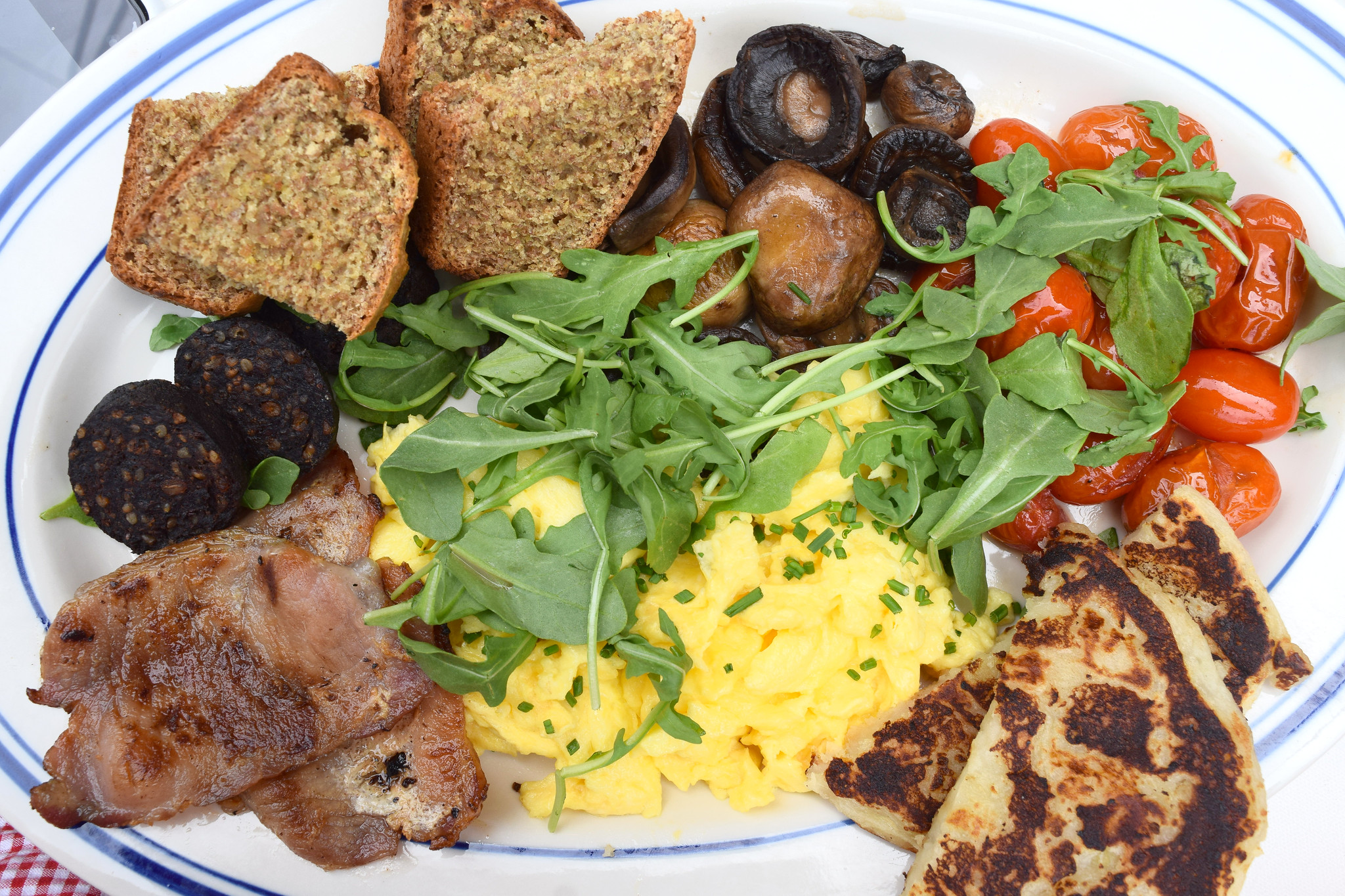 The classic English breakfast is something American diners have manipulated on their own menus with combos of eggs, bacon, toast, etc. The English simply do it better. The “ulster fry” is the complete breakfast. Whether it’s post-marathon or post-night-out-on-the-town, this large plate has perfectly cooked soft scramble, black sausage, potato-crepe-latka-like things called “potato farls,” Irish Soda Bread, and roasted tomatoes and mushrooms for optimal fuel. This dense breakfast plate was just random enough to please the indecisive devil in us. 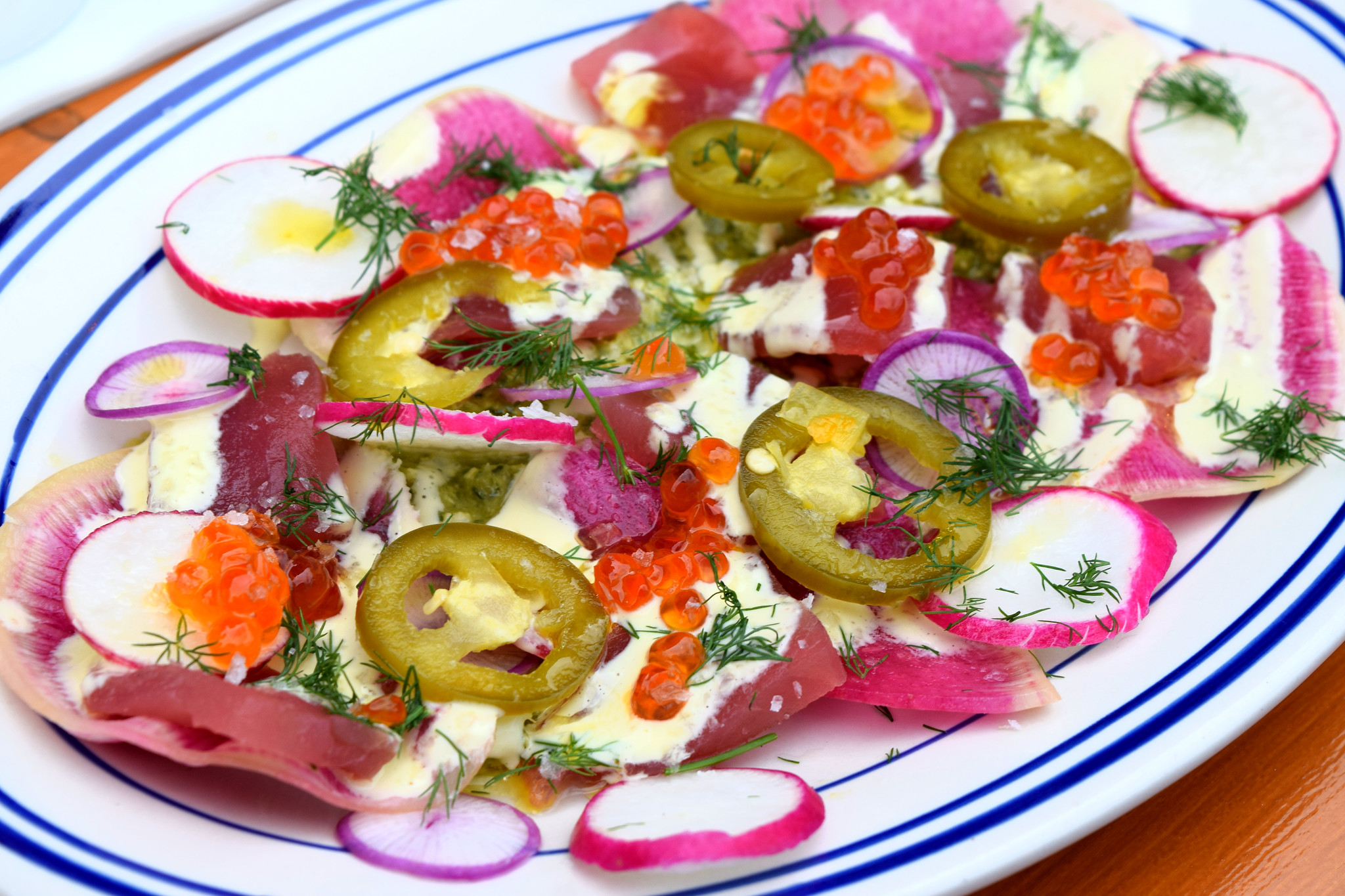 Our last dish, or what we thought was our last dish, was a tuna crudo. The chef really showed how Duke’s is pushing the envelope to experiment with more diverse dining experiences. We were skeptical, but the dish was composed, salty, crunchy, creamy, served in ample portions, and presented in a way that fit the stochasticity that was already occurring on the table. 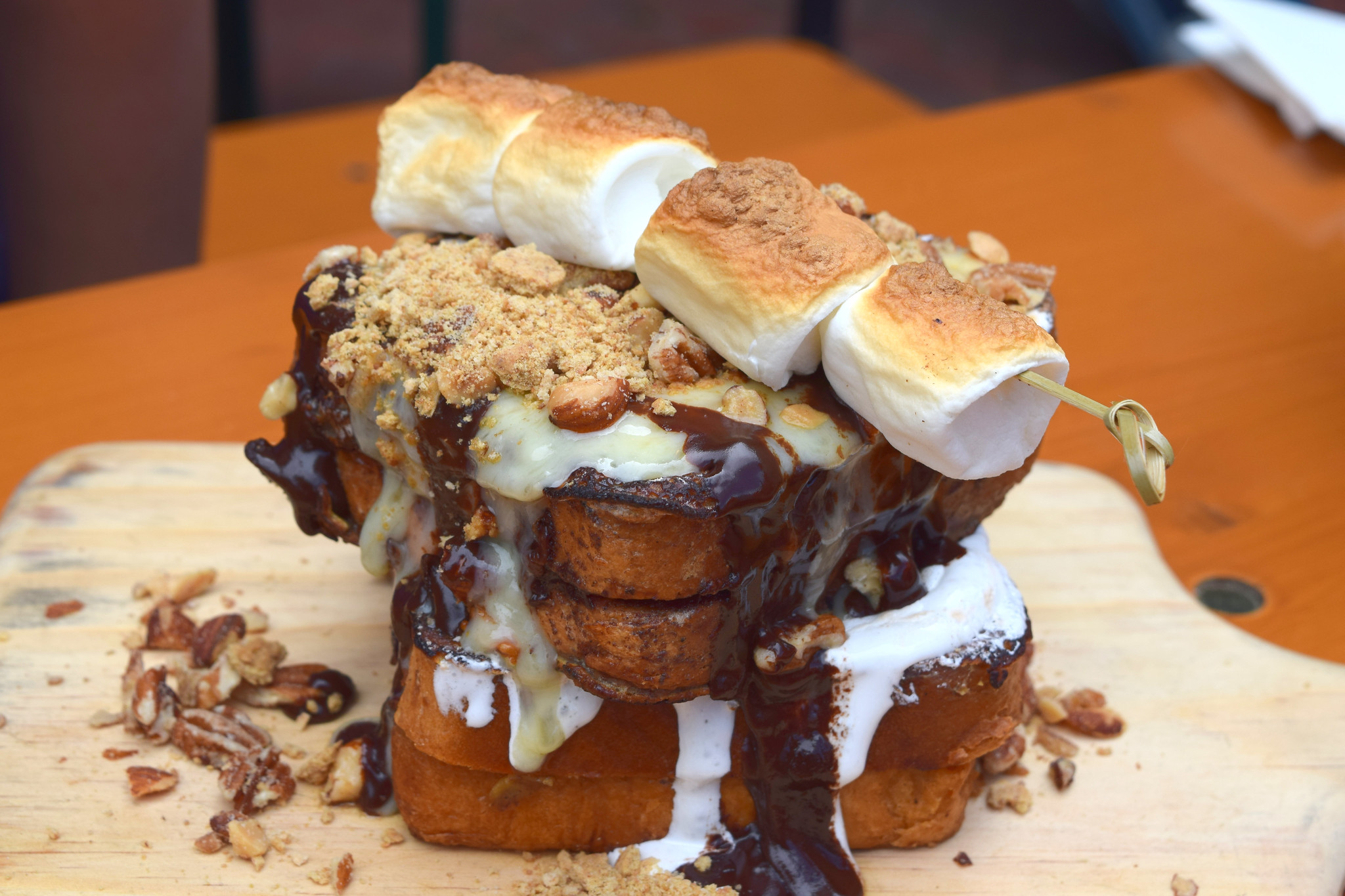 Lastly, the Duke’s team brought out the “campfire toasty” for us to try. It tasted – well – sweet. A bite of this is what I imagine Willy Wonka’s chocolate waterfall to taste like, but that’s because it was white bread covered in chocolate everything. We gave major kudos to the homemade chocolate and marshmallows, but we’d recommend you stick to what you know will be good at Duke’s – and let’s just agree that you don’t need a giant pile of chocolate bread on your brunch table.

The Duke’s Grocery brunch is what I think of when I think “brunch” in every sense of the word. There are some crazy things on the menu you may dare to try, but there’s comfort in the classics.

Duke’s Grocery serves brunch on Saturdays and Sundays starting at 11:00 am.