“In an effort to make next Sunday as glutinous as possible, would you be interested in a little pre-Super Bowl brunch action?” read the email from me to Lauren and Keara, two friends I knew would reply all with a definitive, “Yes.”

“Count me in for brunch, any time, any day.” One minute later, “And by that I mean, next Sunday works!”

This is why I love these two. Ever since freshman year of college they’ve always been down for a good time. Case in point, when we arrived at Due South, the newest addition to the Georgetown Events family, I started with a coffee and water, and they, without hesitation, jumped on the $14 bottomless mimosa train. 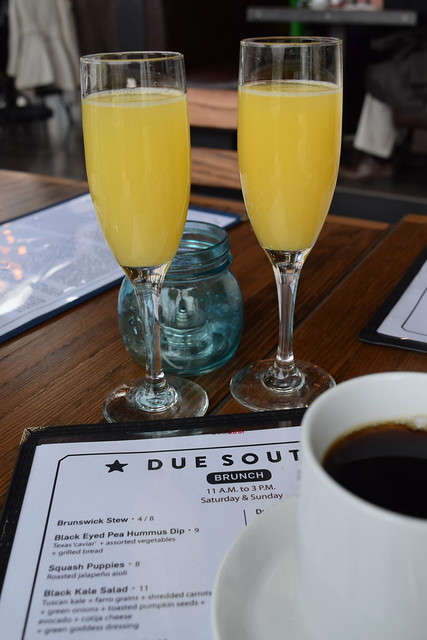 Due South is a welcoming restaurant with floor to ceiling windows on the corner of Water Street in Navy Yard. You can see Nats Park from your table. Lauren described the ambiance as Southern rustic chic, but with TVs, which we’re cool with.

Our waitress promptly delivered our mimosas and coffee and told us the brunch special for the day was a Louisiana style Po boy with pastrami, egg, and arugula. Having visited the restaurant for the summer opening party, I remembered how delicious the hush puppies were, so when I saw them on the brunch menu, I pulled rank and immediately ordered them for the table. 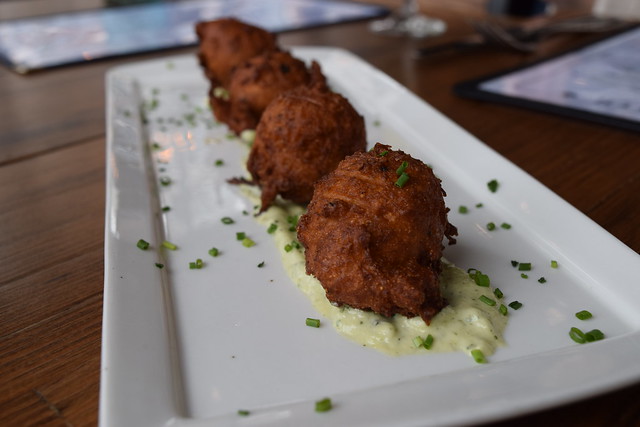 They were even better than I remembered. Somehow, Due South manages to make a crispy shell encompass a moist (I know, but how else can we describe it?!), flavorful inside, that highlights all of the delicious aspects of corn bread. The creamy roasted jalapeño sauce was the perfect kick to the little balls of goodness, so much so, that we were slopping up each bite with the smear.

We’ve been friends for 10 years, so at this point we eat off of each other’s plates mid-sentence, without warning. Keara ordered the bacon and pimento cheeseburger. It came on a fun, silver, cafeteria style tray with a side of herb fries and dill pickles, which I proceeded to devour. It was a great combination of flavors—you don’t often find pimento cheeseburgers around here—and the crispy onions added a nice crunch to each bite. 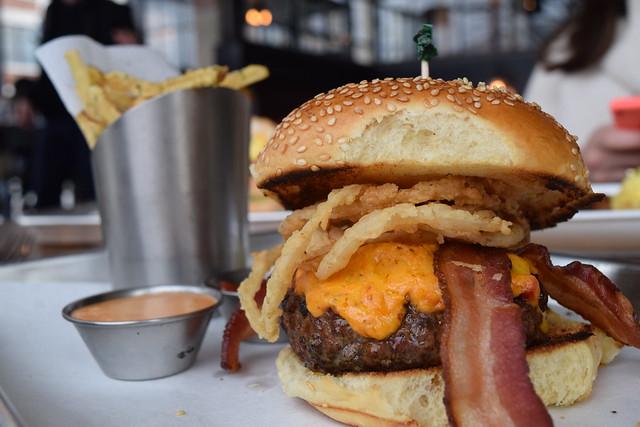 Not typically a fan of Hollandaise sauce, Lauren tried her luck with the Due South Benedict, after our waitress convinced her the house Hollandaise wasn’t overpowering.

Between the perfectly poached eggs and the succulent pulled pork, we loved every bite of this Benedict. Our waitress was right, Lauren was glad she gave Hollandaise another chance. 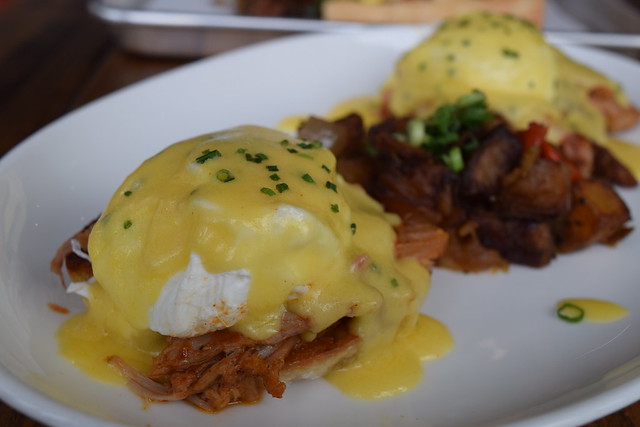 This is the point where I started to have FOMO and decided to get on the bottomless mimosa train. Feeling adventurous, I opted for the brunch special, a Louisiana style Po Boy sandwich. It also arrived on a silver tray atop a piece of parchment paper, accompanied with homefries. The baguette was crispy and the eggs were cooked well, but I realized I’m not a pastrami girl. I would have swapped Lauren’s pulled pork for the pastrami in an instant, to give the sandwich a little more oomph. 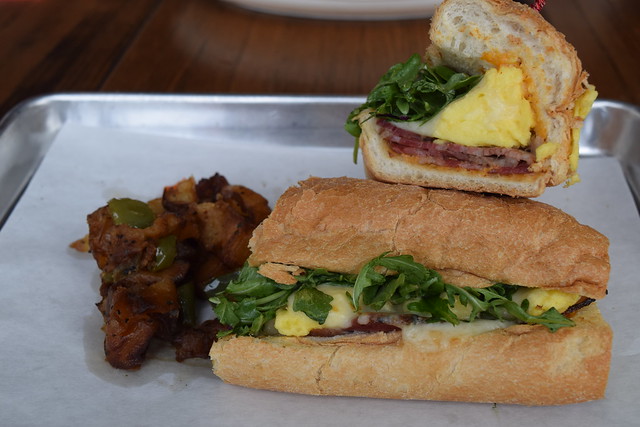 Easily convinced to try dessert, we indulged in a slice of the peanut butter creme pie with Oreo crust. The peanut butter flavored filling was perfectly whipped and tasted like a creamy Reese’s peanut butter cup. It was the perfect compliment to the crunchy, salty Oreo shell. 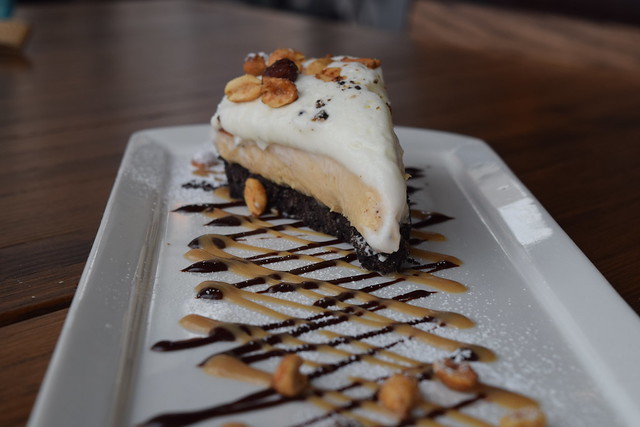 After a couple more rounds of mimosas, I took full advantage of the fact that I was out with my beer-drinking-football-watching squad, so after almost a three-hour brunch, we settled up and shuffled 15 steps to the bar, where we indulged in one of my favorite beers, Abita Purple Haze, on tap. 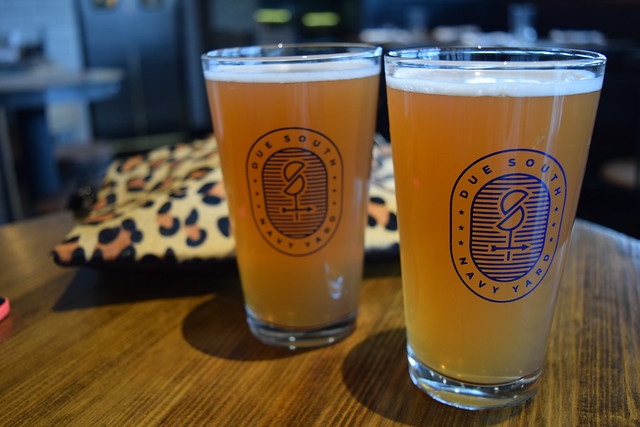 We can’t wait to post up at Due South’s wrap-around patio and outdoor bar before a Nats game this season. We hear there will be grill stations and Abita Strawberry beer.

The Bitches say: B+. Due South is a great spot for groups looking for a laid back, casual brunch, complete with solid Southern food, a killer bottomless deal, and a side of sports.