Whenever I go out for beer, I inevitably panic-order an IPA. It’s a safe choice for me. I like them, and I’m not always willing to sink the money into a new beer I might not enjoy. Luckily, the new District Brew Yards has eliminated this fear. 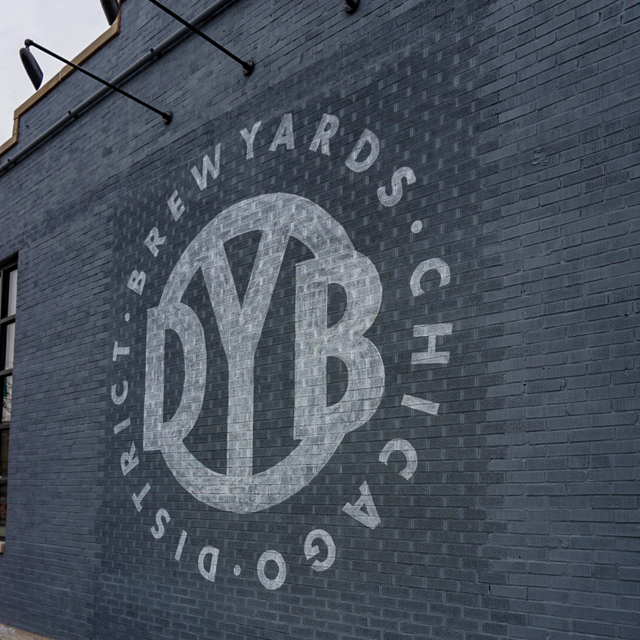 The new West Town brewpub enables guests to pour their own beers and sample dozens of beers on tap. It allows you to try new types and new breweries, and they also serve barbecue food, making it a personal priority to visit.

The food hall-style space opened in April of this year. Currently, breweries in house include Burning City, Around the Bend Beer Company, and Bold Dog. There are four stations with 10 taps each. One wall currently sits empty but will be used for pop-up events or collaborations.

The pour-your-own concept requires the bar scanning your debit or credit card at the entrance. District Brew Yards is cashless. Then they hand you a branded “Brew Yards” plastic card that will work at the kiosks and the barbecue food station. When you’re done at the restaurant, you just drop it in the basket on your way out the door. No need to tip, sign, or close out. 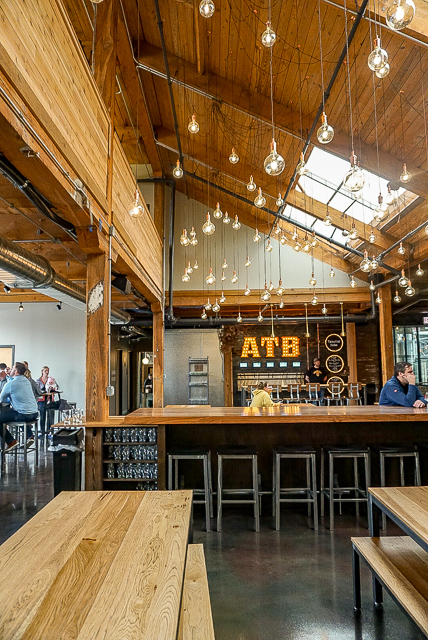 After you have your card, you enter the dining space, where there are four walls full of taps surrounding a room of long, wood tables. It’s perfect for grabbing drinks with coworkers or meeting new friends if you’re sharing a spot. 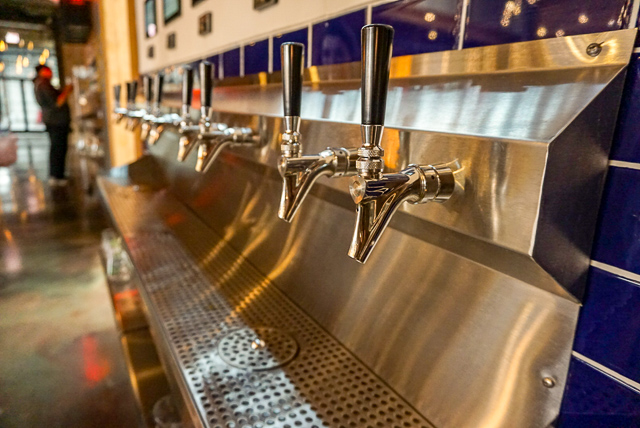 The lack of bartenders and multiple taps means you won’t fight lines to get a drink, but finding seating on warm days can be a challenge. District Brew Yards opens their windows and creates a patio-like feel in nice weather. 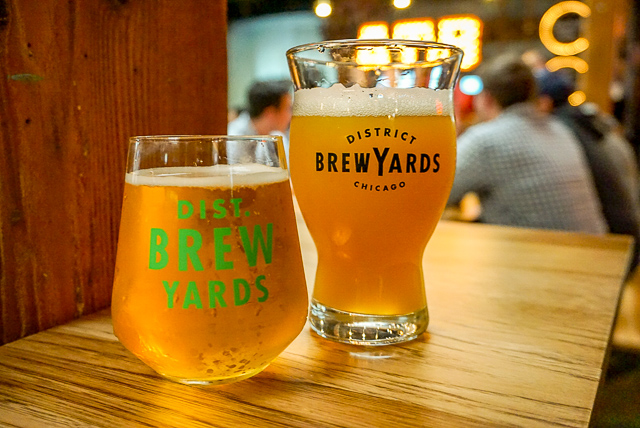 At each wall, you put your plastic card in the reader, hold a glass under the tap of choice, and pull the handle. Be sure to tilt your glass or you’ll end up with a lot of foam, which I learned the hard way. There are employees eagerly standing by to help you make selections and work the machines if you have questions. A screen next to the holder quickly tallies up how much you’ve poured and the total you’ve spent. I recommend keeping an eye on your total, because it can add up fast. The pours are between $0.45 and $1 per ounce. My strategy was to try several small tastings and then fill a glass with my favorite (spoiler alert: it was Burning City’s hibiscus IPA). 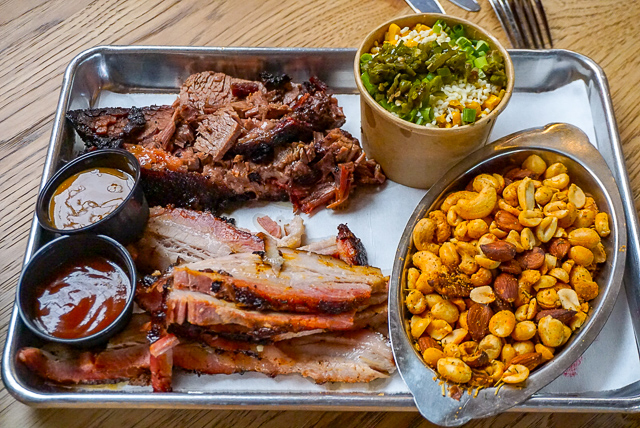 After trying a few brews, my boyfriend Cam and I put in a food order. We decided to split brisket, pork belly, spiced nuts, and elotes. I’m on a summer-long quest to eat as many elotes as humanly possible, and District Brew Yards has a real contender for my favorite. The brisket was okay, but I have high brisket standards and wasn’t wowed. What was knock-your-socks-off tasty was the pork belly, which had a butter-like consistency and paired well with the hickory smoke sauce offered at the condiment station.

When you find a new favorite beer, District Brew Yards has a row of coolers offering cans for purchase on your way out the door.

Overall, District Brew Yards is a fun concept and a great chance to mix up the after work beer routine. It’s also close to the United Center. If you’re going to a game or concert, this would be a great pregame spot.