When I’m looking for a workout that relaxes my mind but also challenges my body, I always turn to reformer Pilates. Pilates is a killer workout, and District Pilates is the go-to studio for D.C. residents. 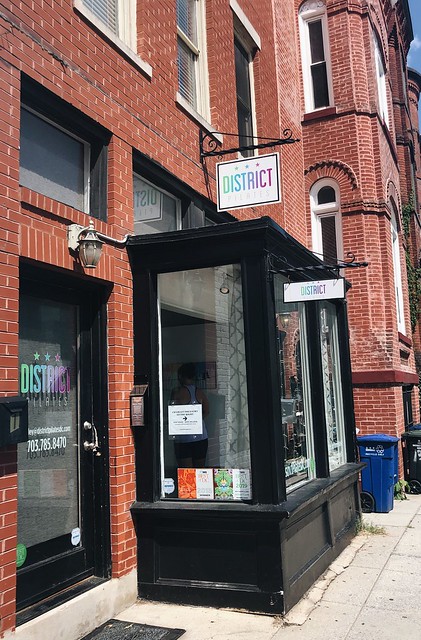 District Pilates has locations in Shaw and Petworth and a newly opened Shaw chair reformer studio (a chair reformer is basically a box with one side that can be pressed down against the resistance of springs, like a large pedal), and they offer classes at the beginner, intermediate, and advanced level.

I opted for an intermediate class at the Shaw location with Bailey as an instructor. The studio is filled with light – thanks to the large bay window – and has an intimate feel that’s unusual for D.C. fitness studios. The studio has hooks for coats and bags and cubbies for shoes; belongings feel safe because the studio door is locked while class is in session. A water jug is available, but I’d recommend bringing a reusable water bottle to avoid the small plastic cups. 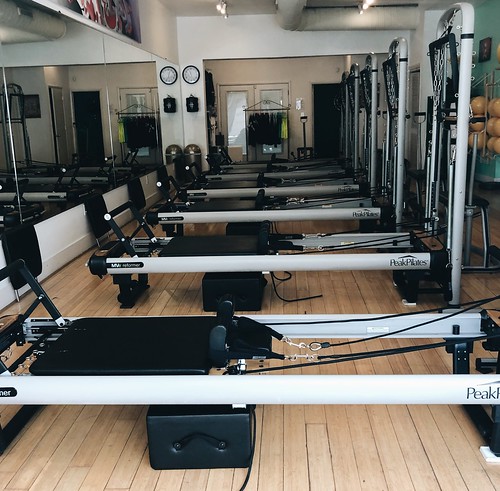 The studio has just six reformers, giving the feel of a personalized class. What’s a reformer? A Pilates reformer works by using spring resistance to challenge the body in an endless array of exercises. In fact, I’ve never been to two Pilates classes that used the reformer in exactly the same way.

After choosing a reformer close to the window, Bailey came around and asked for my height (apparently 5’4 is a difficult height to measure on the reformer), then asked me to lie down so she could arrange the carriage perfectly for me. She also asked if I had any injuries to note. She then went around to the rest of the class and asked the same and inquired about whether there was a group of muscles we wanted to focus on. Several people said abs and arms, and another said jumping (which is a term that refers to a specific movement – similar to jumping on a stiff trampoline while laying down). 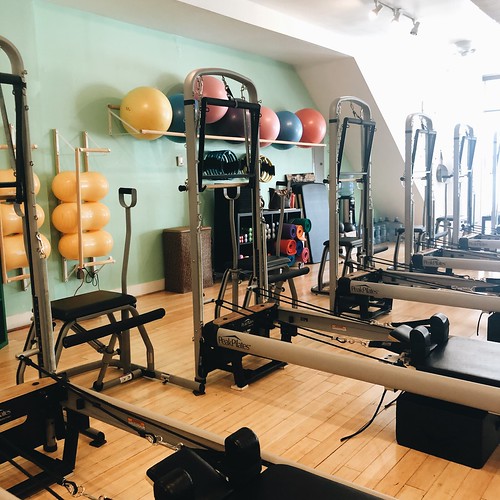 After our input, Bailey quickly constructed the perfect class in her head. We started out by loosening our legs and glutes with some heavy resistance leg and calf raises. Next, we quickly settled in to some arm and ab work in the reformer’s small and large loops. Throughout the class, Bailey offered alternative moves for members of the class who had knee or hip injuries and ensured that everyone was using proper form to maximize results and minimize strain. During class, Bailey also referred to us by name, which made me feel like I was in a one on one session. 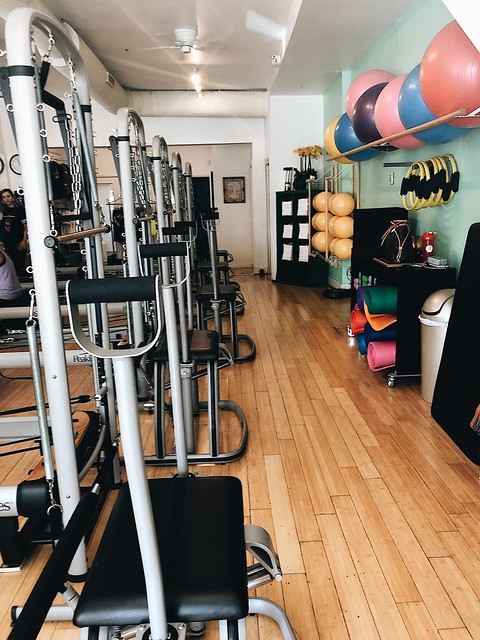 After some jump work (which feels like flying through quicksand), we moved to the chair for pikes and single leg lunges that made my whole body feel like Jell-O. We finished the class with our legs in loops, allowing us to give our hip flexors a deep stretch and our body to relax.

After an hour of gentle but challenging movements, my body felt amazing and my mind felt relaxed. Bailey was an incredibly positive and down to earth instructor who knew her stuff. 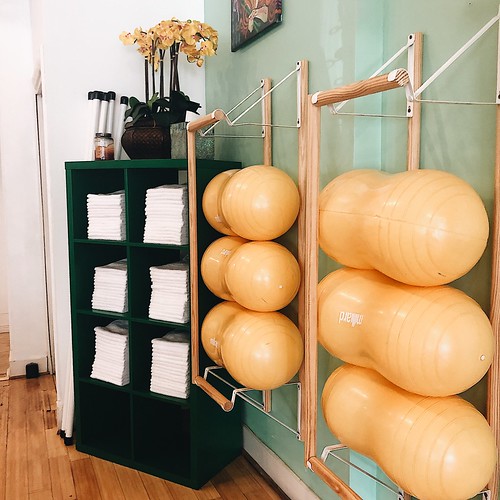 District Pilates is a beautiful studio with a real community feel – and the added benefit of many nearby brunch spots!